After a positive Monday, U.S. indexes traded mostly sideways yesterday as the bears succeeded in preventing a broader follow-through rally.

There was a decent buying volume and a more modest volume of low-key selling. It’s safe to say we have a swing low established from the end of December, and a workable really – all part of a larger basing pattern kicked off from October.

I haven’t mentioned one particular index in a while, but posting solid gains over the last couple of days, is the .

In addition to clearing the bearish ‘black’ candlestick from December, it has also pushed beyond its 200-day MA with an acceleration in its outperformance against the . I view the latter relationship as the tech equivalent of the Dow Theory, and thus, outperformance for semiconductors is bullish for the broader tech sector. 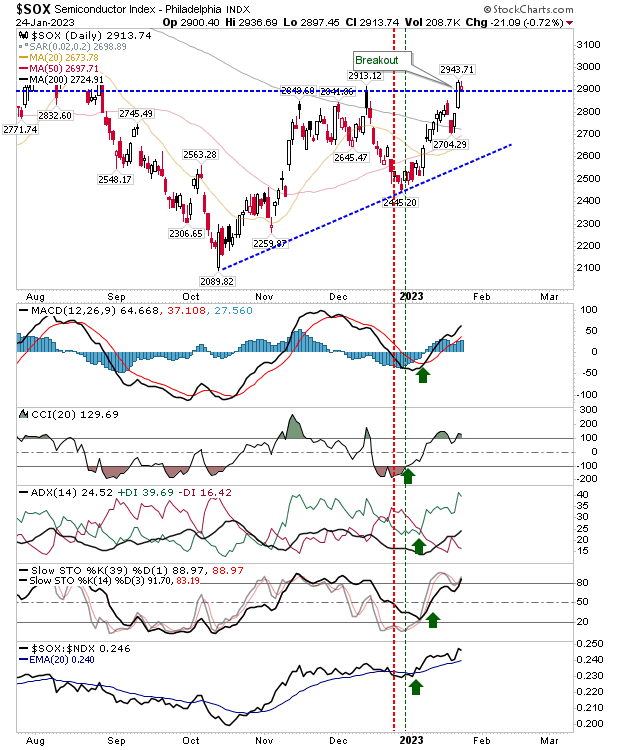 While semiconductors are making big strides, the Nasdaq hasn’t yet mounted a challenge of its December ‘black’ candlestick that also represents the resistance of the November-December trading range. It does, however, have the benefit of net bullish technicals and an outperformance relative to large caps, . 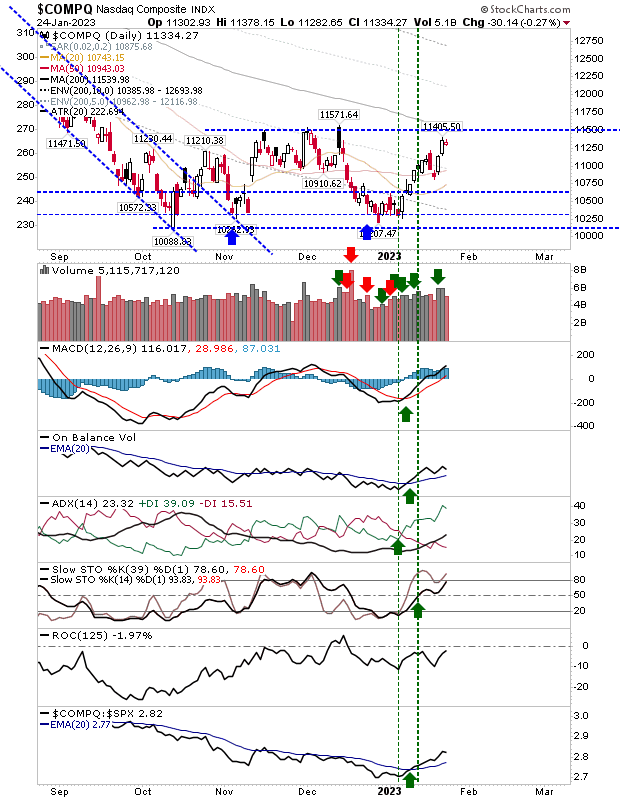 The S&P 500 is also working towards December resistance but has the added benefit of doing so from above its 200-day MA. Technicals are net positive, but the index is underperforming relative to peer tech and small-cap indices. 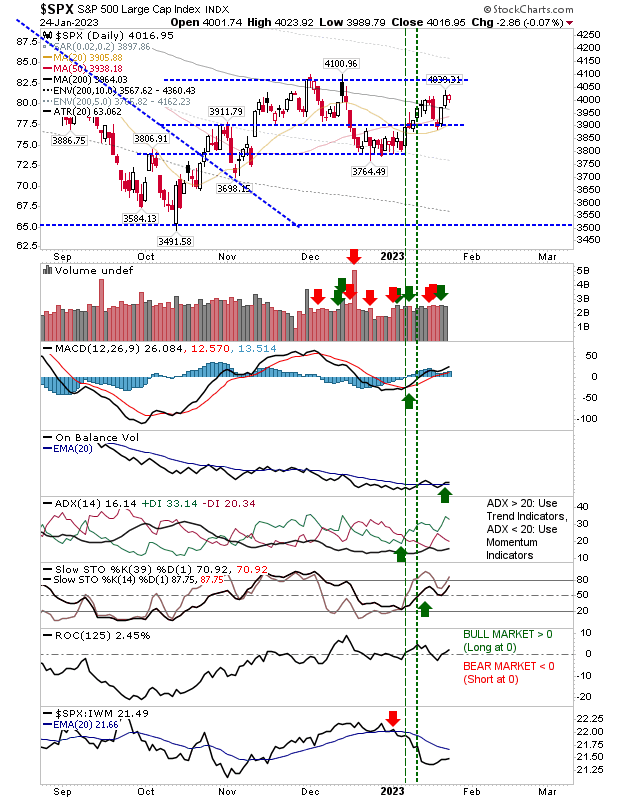 The index to watch for today is the Russell 2000 ETF (). It’s challenging consolidation resistance for a fourth time, and no one has ever heard of a quad-top, so I would be expecting a break past $188.70 in the coming days. 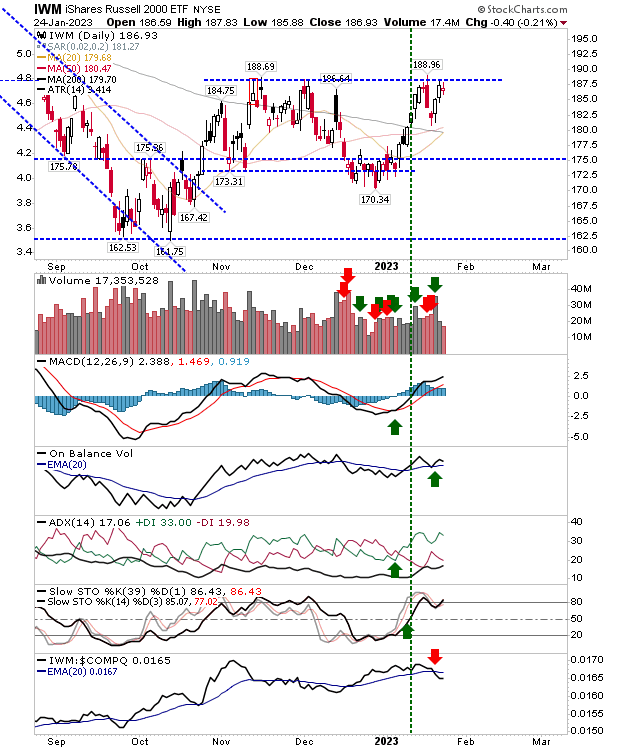 Looking at the state of the indices, it’s hard to see where bears have an angle. Should the follow the Semiconductor index with a breakout, then it would push toward the development of right-hand side bases – bases that began their development at the end of 2021.