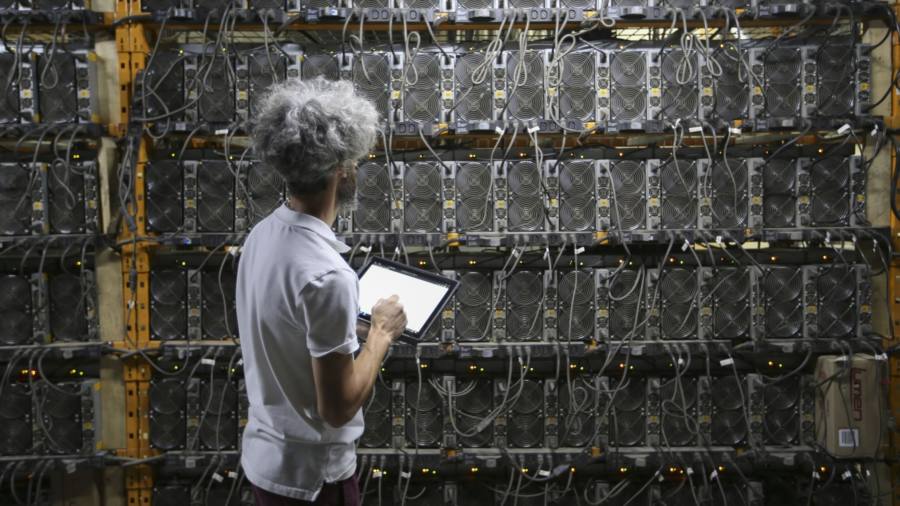 
Cryptocurrency miners are turning their machines back on as the rallying price of bitcoin offers a vital lifeline to their cash-strapped businesses.

The value of the token has emerged from the doldrums to soar by more than a quarter this year against the dollar, incentivising the owners of huge warehouses of servers for mining to accelerate their use in the battle to secure more bitcoins.

The average hashrate, or the computing power directed towards mining bitcoin, rose to a record 280 exahash — or quintillion — operations per second on January 20, according to data from Hashrate Index, a mining information service.

The upsurge in activity is a sign that the battered sector may be crawling back to life after being buffeted by high energy costs and the slumping price of the cryptocurrency. The activity level has more than doubled from a low point in July, when the crypto market was hit by a credit crisis.

Miners race each other to solve cryptographic puzzles that validate batches of transactions and create new blocks in the blockchain, a ledger of deals. That makes them the guarantors that bitcoin deals are trustworthy in a system that bypasses third parties such as banks and exchanges. The winner is rewarded with new coins.

Many are sat on large quantities of mining equipment and capacity, bought with cheap money in 2021 and early 2022 in anticipation of turning a profit from the rising price of coins. But bitcoin prices slumped 65 per cent last year and energy prices soared, forcing many companies to switch off servers to save money. Others, such as Core Scientific, could not withstand the pressure and filed for bankruptcy.

“The sentiment among miners is better than in a long time,” said Jaran Mellerud, an analyst at Hashrate Index. “For many bankruptcy threatened players, the sudden increase in the bitcoin price is a lifeline.”

The rebound has underpinned investor optimism in listed companies like Marathon Digital Holdings, which has soared 155 per cent this year, and Hut 8, which has climbed 134 per cent.

But miners still face a long haul back from the brink. Turning on their servers is expensive. An algorithm adjusts the “difficulty level” of mining bitcoin when new computers enter or exit the network, to ensure that the token is mined at its regular interval of roughly every 10 minutes.

The influx of miners has raised that level. It now takes miners a record 37tn hashes or guesses before verifying a block, according to BTC.com, so the losers expend ever-larger quantities of energy for nothing.

They are also facing a squeeze from politicians around the world, who see the miners’ computers sucking up large amounts of power, draining local resources or damaging the environment. Others see the profits they make as a taxable asset.

The Canadian provinces British Columbia and Manitoba have barred new connections to their grids for 18 months, while Hydro-Québec, Quebec’s public utility provider, has filed a request to reallocate 270 megawatts of power it had set aside for the mining industry.

In December, the lower house of Kazakhstan, host of the world’s third largest share of mining activity, approved a bill that will impose a corporate tax on miners and curtail their energy usage.

Paraguay, which has an abundance of cheap hydroelectric power, rejected legislation that would have capped the tariffs imposed on miners to 15 per cent.

“Miners are becoming very selective about where they build out their infrastructure,” said Joe Burnett, an analyst at mining advisory firm Blockware Solutions. “A few years ago people were really just focused on cheap power but now it’s become a lot more critical to look at which political jurisdiction is more favourable and isn’t going to shut down our operations.”

Miners say they have become an unfair target. The Bitcoin Mining Council, an industry group, estimated in July that just under 60 per cent of global mining energy use was sustainable, although the Cambridge Centre for Alternative Finance puts the figure at about 37 per cent.

“There is a fake environmental argument being waged against the mining industry,” said Samir Tabar, chief strategist at Bit Digital, a mining company with operations in New York, Texas, Nebraska and Georgia. “It seems that no matter what bitcoin miners do, even if we use 100 per cent renewables, nothing is OK.”

Ercot, the organisation that operates Texas’s power grid, will launch a voluntary curtailment programme for large energy consumers like bitcoin miners to reduce their power use during high demand periods, until it develops a permanent regime to deal with shortages.

But that pinch point may provide an unexpected opportunity. Miners with power purchase agreements, which lock in the price they pay for energy, are able to sell power back to the grid. Riot and Hive Blockchain have earned $4.9mn and $3.1mn respectively in December.

“Curtailment is the future of mining,” said Burnett. “If it doesn’t make financial sense to mine, you might as well sell [energy] back to somebody.”

House Republicans Are Planning to Slash Social Security and Medicare