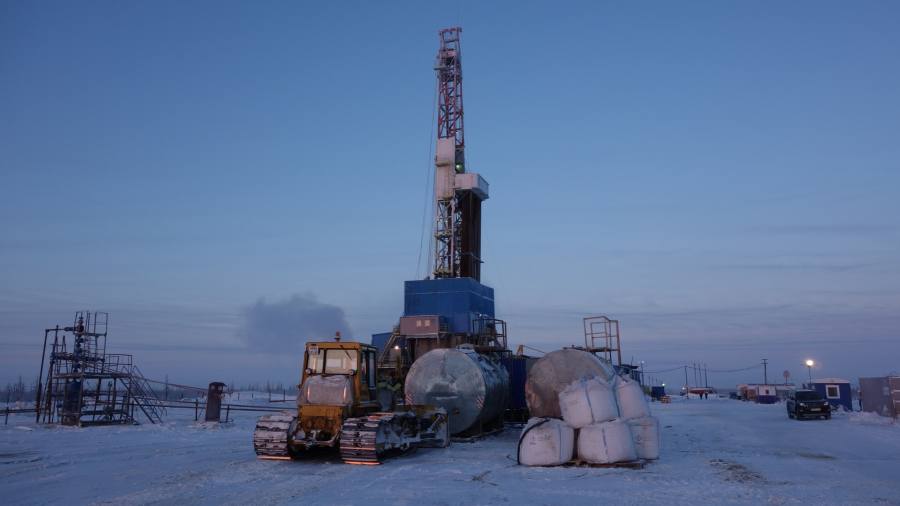 
Wintershall Dea chief executive Mario Mehren spent much of last year defending its continued presence in Russia, where the BASF subsidiary was one of the last western companies still pumping oil and gas in the wake of Vladimir Putin’s assault on Ukraine.

But he revealed last week that the company was finally leaving, saying Moscow-owned Gazprom had taken control of the German company’s joint ventures in Siberia and emptied their shared bank accounts.

Almost €2bn of Wintershall’s cash had vanished, Mehren told German newspaper Börsen-Zeitung, accusing Gazprom of having “cleared” the accounts of its three shared gas and oil extraction businesses. Gazprom did not respond to a request for comment.

The fate of Wintershall’s Russian business is a sign of the plight facing western companies as they try to extract themselves from a pariah country under stringent international sanctions.

It also highlights historical problems with Germany’s industrial policy, whose decades-long addiction to cheap energy from Russia left it reliant on an authoritarian state whose coffers it has helped to fill.

Wintershall blamed its decision to leave a country where it made a fifth of its pre-tax profit last year on new rules that retroactively cut the price at which joint ventures connected to “unfriendly countries” could sell their hydrocarbons to Gazprom. The decree mentioned only two gasfields — both of which were among the three in Russia that counted Wintershall as the main western stakeholder.

Mehren, who days before the invasion of Ukraine had still been advocating for closer ties with Russia, admitted last week that it was no longer “tenable” to operate in the country.

The company’s majority owner BASF said its subsidiary had suffered a “loss of actual influence” over its gasfields in Russia, and that the group was taking a €7.3bn writedown on Wintershall’s decision to depart, pushing it to a €1.4bn net loss in 2022.

Wintershall long faced criticism from German media and human rights organisations that accused the company of creating gas products that can be used to make fuel for Russian military jets, contrasting it with the exits of other western groups such as BP and Shell. But investors and analysts say the company had no easy alternative.

Martin Fujerik, analyst at credit rating agency Moody’s, said Wintershall’s relative exposure to Russia had been “much bigger” than that of many other companies, citing data from December that showed “50 per cent of Wintershall Dea’s production was in Russia”.

Arne Rautenberg, who oversees Union Investment’s €600mn holding in BASF, said “it looks shameful” that the company stayed in Russia for so long, adding: “But what were the options?”

“I’m not sure it’s fair to blame Wintershall for production still being ongoing — you can call the guys in Siberia and say stop producing but nobody in Russia would have listened to what the guys in Kassel were saying,” he added, referring to Wintershall’s German headquarters.

Wintershall plans to continue operating its other businesses, which include natural gas projects in Denmark, the UK, Norway and Libya. It said while “the concrete timeline . . . for the different aspects of the exit” had not yet been established, “implementation of the decision starts immediately”.

Fujerik believes the company can shrug off the loss of its Russian business, noting that “even without the cash in Russia, they have a very strong capital structure”.

The writedown of Russian assets could also revive an IPO planned for Wintershall by BASF since 2019 when it merged Wintershall with German rival Dea.

But a complicating factor could be Wintershall’s minority owner LetterOne, the London-based investment group that owned Dea and was controlled by Russian billionaire Mikhail Fridman until he stepped down last year because of sanctions.

LetterOne was resisting BASF’s plans to float the entity as recently as last January but sanctions-hit board members have departed, with their stakes now frozen.

“Who has a say at LetterOne?” asked Rautenberg. “At the beginning [of sanctions], BASF did not even know who the right person to talk to at LetterOne was.”

BASF, which had federal investment insurance for Wintershall’s projects in Russia, is expected to claw back some of its losses from the German government.

“The big question mark is whether it will be paid out,” said Rautenberg, adding analysts had estimated that BASF was due a payout of €2bn-€2.5bn from the German taxpayer.

BASF, Europe’s largest industrial user of gas, has itself been hit hard by record-high energy prices stemming from the war in Ukraine. Last year it shut down an ammonia plant in its hometown of Ludwigshafen and said it would “permanently” downsize in Europe due to the gas crisis.

“We helped create a very powerful and dangerous Russia without being cognisant of the risk,” he said, while acknowledging that the country had done its best to remedy this in the past 12 months.

And he said BASF risked repeating its Russian mistake in China.

“What I’m really surprised about, and almost upsets me, is that while this is all happening . . . BASF decides to invest €10bn in China,” he said, referring to a planned chemicals complex that will be the company’s largest ever foreign investment.

“That’s the most upsetting part,” he said. “That we don’t learn from it.”