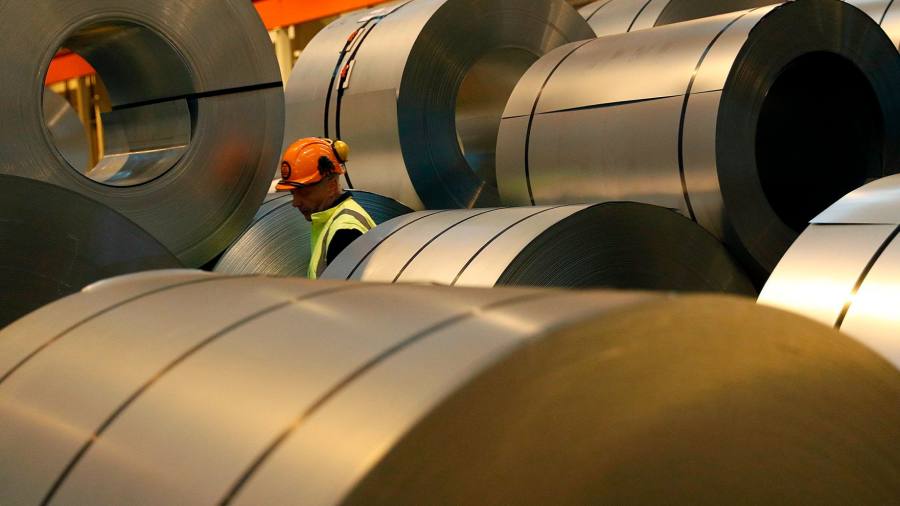 
The UK is to propose a carbon border tax that would place a levy on imported steel as part of a £600mn support package to help Britain’s two biggest steelmakers invest in greener technologies and avert the loss of thousands of jobs.

Jeremy Hunt, the chancellor, has agreed to consult on ways to level the playing field for British Steel and Tata Steel UK against competitors based in regions with lower environmental standards or lower operating costs.

One option will be the introduction of a carbon border adjustment mechanism, similar to the one agreed by the EU last year, that will force importers to cover the cost of the carbon emissions of the foreign steel, said two people familiar with the situation.

The government had previously signalled that it would consult on the introduction of such a mechanism, but had not specifically linked this with taxpayer support for the industry.

Hunt has also agreed to offer bespoke aid for the steel industry on its electricity bills beyond what the Treasury announced for industry earlier this month, the same people confirmed. The assistance will include compensation for a number of existing levies that will help to reduce the electricity price disparity UK steelmakers face against European competitors.

Ministers hope that the package will be enough to encourage the two companies, which together operate Britain’s four remaining blast furnaces, to invest in less carbon-intensive electric arc furnaces. These would recycle the large amount of scrap steel the UK produces and could be powered by electricity from renewable sources.

More than 4,000 jobs are at stake at Tata Steel’s Port Talbot site in Wales and another 4,000 at British Steel, most of them at a site in Scunthorpe, with thousands more at risk in the supply chain.

Jingye, the Chinese owner of British Steel, has warned that it will be forced to close one of its two blast furnaces and import steel from China to be processed at the company’s UK sites if it does not receive government aid.

Industry executives, however, cautioned on Monday that the £600mn in grant funding was less than expected. The two companies together requested as much as £2bn in government support, according to one person familiar with the situation. Analysts have estimated that it could cost between £2bn-£3bn to decarbonise Port Talbot alone.

Alun Davies, national officer of the Community Steelworkers’ Union, said the reported offer of £600mn was “a step in the right direction” and urged the government and the employers to “agree a package that will safeguard our vital industry”. 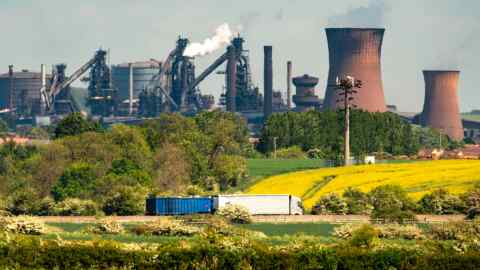 The steel sector is the UK’s biggest industrial emitter of carbon dioxide and the climate change committee, the government’s independent advisory group, has said it needs to be “near zero” emissions by 2035 if the government is to meet its pledge for the UK to reach net zero by 2050.

The business department declined to comment on the details of the support package but said the government “recognises the vital role that steel plays within the UK economy, supporting local jobs and economic growth and is committed to securing a sustainable and competitive future for the UK steel sector”.

“The business secretary considers the success of the steel sector a priority and continues to work closely with industry to achieve this.”