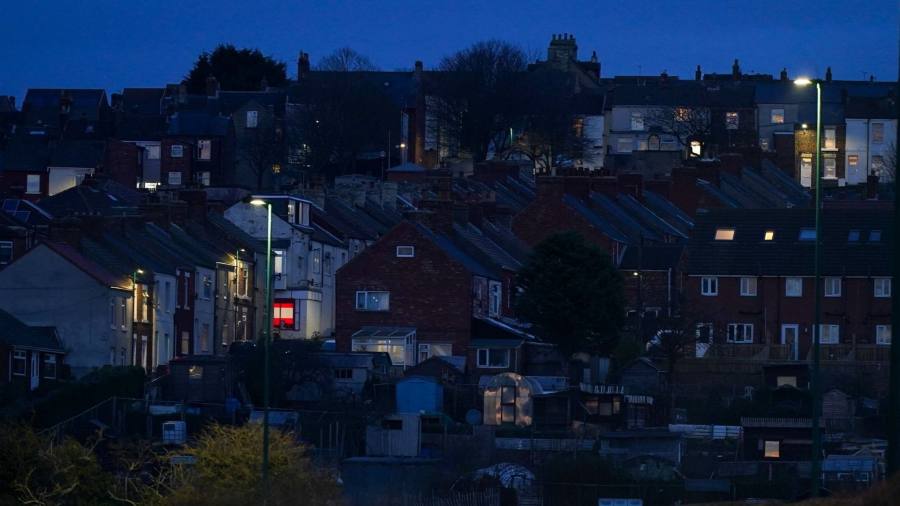 Public sector net borrowing hit £27.4bn last month, up from a revised £10.7bn in the same month in 2021 and the highest December borrowing since monthly records began in 1993, according to data published by the Office for National Statistics on Tuesday.

Public borrowing rose “largely because of a sharp rise in spending on energy support schemes and an increase in debt interest,” said the ONS.

She added that this will embolden chancellor Jeremy Hunt to keep “a tight grip” on the public finances in his Budget on March 15, and may mean “he waits until closer to the next general election, perhaps in 2024, before announcing any significant tax cuts”.

The public sector borrowing figure was much higher than the £17.7bn forecast by economists polled by Reuters and well above the £17.6bn forecast in November by the Office for Budget Responsibility, the UK fiscal watchdog.

However, the ONS noted that borrowing exceeded the official forecast “largely” because of an assumption the OBR made about the impact of changes to the terms of student loans that the ONS is yet to factor into its data.

Higher interest on government debt cost £17.3bn last month, about three times the figure in the same month of 2021 and the highest December figure since monthly records began in April 1997.

The cost of servicing government debt has risen sharply since mid-2021 largely as a result of higher inflation, with the interest payable on index-linked gilts rising in line with the retail prices index.

Spending rose on the government’s policies to help households and businesses deal with high energy prices, including the energy bills support scheme. In December, government expenditures rose to £91.2bn, up from £71.8bn in the same month of 2021.

“Right now we are helping millions of families with the cost of living, but we must also ensure that our level of debt is fair for future generations,” said Hunt.

The increase in public spending was not compensated by public revenues, which rose only by £3.9bn over the same period. The rise was largely due to tax revenues on employment, reflecting continued strength in the labour market.

Public sector borrowing in the financial year to December was £128.1bn, £5.1bn more than that borrowed in the same period last year. Helped by downward revisions for earlier months, the figure was £2.7bn less than forecast by the OBR.

“The recent fall in wholesale natural gas prices suggests that the Energy Price Guarantee will cost the government only a tiny fraction of the £13bn assumed in November,” said Tombs.

At the end of December, public sector debt — or borrowing accumulated over time — was 99.5 per cent of gross domestic product, the highest since the early 1960s.