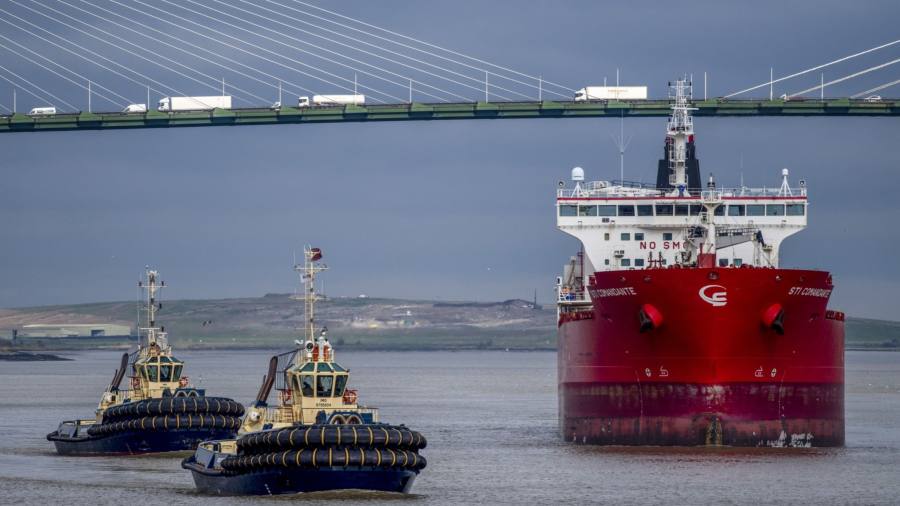 
The EU is on the brink of effectively severing ties with its biggest external diesel supplier when sanctions on imports of refined fuel from Russia take effect early next month.

The move, which will be co-ordinated with a G7-backed global price cap on Russia’s refined fuel sales from February 5 — similar to measures already applied to crude oil since December — has the potential to spark a renewed round of turmoil for global oil markets.

Diesel supplies are already tight, contributing to prices at the pump being well above petrol in many regions. European countries are among the world’s largest users of diesel relative to other motor fuels and Russia has been their main source of imports for decades.

One senior oil trader at a European commodities house said there was the prospect of a “shit show” developing in oil markets in the coming weeks, due to the logistical challenges involved, when China’s reopening of its economy is expected to boost demand.

“Any shortfall of Russian product exports could coincide with higher demand in China, tightening markets even further and raising the prospect of price spikes that renew inflationary pressure,” said Henning Gloystein, an analyst at Eurasia Group.

But the oil industry is deeply split over whether the measures will lead to soaring prices and possibly even shortages, with many believing that a sector that has grown accustomed to trade flows being upended — by pandemics, sanctions or war — can quickly adapt.

At stake is a renewed rise in oil prices that could offset some of the benefits the world economy is getting from a cooling in natural gas prices, and puncture hopes that fuel prices had peaked as Russia’s full-scale invasion of Ukraine approaches its first anniversary.

The oil market has already been unsettled in recent weeks. Brent crude prices started the year on the back foot, dropping from $85 a barrel to just above $77 a barrel in the first two trading sessions of 2023, with diesel prices tracking the moves closely. But since then oil prices have turned around, regaining all of those losses and more to trade above $87 a barrel at the end of last week.

Jorge Leon at consultancy Rystad thinks that markets are right to be nervous but is reasonably confident the sanctions will work as intended by harming Russia’s economy, rather than backfiring too aggressively on western economies.

“There is going to be a price impact but it won’t be a game-changer,” Leon said. “European buyers have been stockpiling diesel including by raising imports from Russia in the past few months, so we’re starting this potential shock to the system in a reasonably good position.”

Russian exports of diesel and jet fuel to Europe increased by more than 25 per cent in the last three months of 2022 compared with the previous quarter, according to ship tracking data. Analysts at Redburn said that diesel inventories in the key Antwerp-Rotterdam-Amsterdam region are back to their highest level since October 2021.

But Benedict George, refined products pricing specialist at Argus, said he still expected diesel prices to rise once the ban was in place.

“Importing from non-Russian sources means competing with other buyers who are physically closer to the source, like Latin America in the case of US diesel, or Singapore in the case of Indian diesel.”

Europe will rely heavily on new large-scale refineries in India and the Middle East, as well as a pick-up in exports from China, to replace Russian supplies. A Chinese cargo has already made its way to Latvia, showing the willingness of even Russia’s closest geographic neighbours to start securing alternatives from far-flung shores.

But Leon said despite the concerns it was Russia that had most to fear. The previous round of EU sanctions and G7 price caps that targeted Russian crude sales in December have allowed Asian buyers to demand big discounts on their oil. It is a pattern he expects to be replicated for refined fuels.

Russia’s primary export grade crudes are attracting discounts of around 50 per cent — trading near $40-$45 a barrel — hitting Moscow’s revenues as the western measures intended.

“I suspect China and India are going to ask for even bigger discounts, potentially as much as 60 per cent,” Leon said, arguing that diesel is more complicated to transport long distances than crude oil.

Refined product tankers tend to be smaller and designed for short-haul routes, while Russian barrels once destined for high-specification markets in Europe are likely going to have to compete with cheaper, high-sulphur diesels in markets such as west Africa and Asia.

Crude oil exports from Russia could actually rise in the coming weeks if the country struggles to find new buyers for its diesel, leaving them to send out the unrefined crude instead.

For some traders and refiners, that could present an opportunity, betting on diesel margins rising if crude input prices fall under the weight of rising supplies, while diesel is supported by tightening supplies.

Gloystein at Eurasia Group cautioned that Russia may also be more willing to try and retaliate in refined fuel markets than it has been in crude, where any attempt to weaponise oil exports would risk alienating important allies like China. 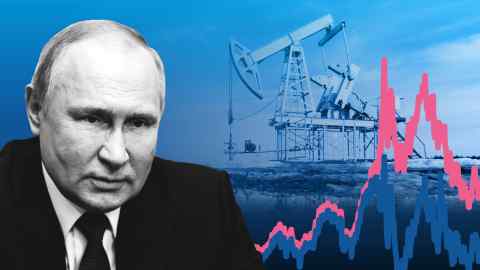 “The oil product market is arguably the one place where Russia retains meaningful leverage if it chooses to weaponise exports,” Gloystein said.

If Russian diesel exports fall too sharply, China could restrict its own exports of the fuel to insulate its economy from the impact — taking barrels off the market that European buyers were hoping would help replace Russia’s supplies.

While the outcome remains uncertain, the industry is undoubtedly wary of renewed volatility in the oil market.

“It’s clear that diesel supplies in Europe, and globally, face turmoil in the months ahead,” said George at Argus.

S&P 500: Why It Remains Too Early to Call Victory