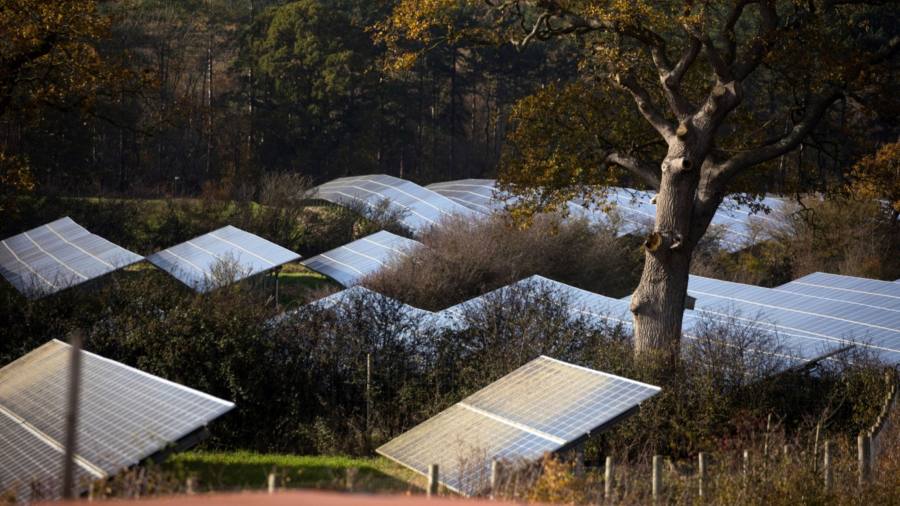 Britain must launch a new green strategy to prevent business investment from haemorrhaging to the US as a result of President Joe Biden’s huge green stimulus package, the boss of the UK’s largest employers’ group has urged.

Tony Danker, director-general of the CBI, warned that the world had entered a subsidy arms race that could damage UK investment in green technologies if the government did not intervene.

“I am genuinely worried that the current government is losing a race for green growth,” he told the Financial Times in an interview. “It’s become a subsidy arms race. We need to come up with our own strategy.”

Danker called for a package involving both deregulation and state funding to allow the UK to “outsmart” rather than “outspend” other countries. Without it, the UK was already falling behind rival leading nations in investing in green technology that would be crucial for the future, he said.

1. Citadel breaks records with $16bn profit Ken Griffin’s Citadel made a $16bn profit for investors last year, the biggest dollar gain by a hedge fund in history. Citadel, which manages $54bn in assets, made a 38.1 per cent return in its main hedge fund and strong gains in other products, according to research by LCH Investments.

2. US fund managers look to Europe for growth Top US investment management firms, including Capital Group, JPMorgan Asset Management, T Rowe Price and BlackRock, are planning to expand longstanding offices in Europe as draconian anti-Covid measures and rising geopolitical tensions have pushed them to redouble their search for growth outside China.

4. UniCredit CEO slashes bill for consultants Andrea Orcel has halved the Italian bank’s bill for external consultants since he took over as chief executive in April 2021, slashing it by at least €75mn, with the steepest reductions having been in fees paid to investment banks and consulting firms such as McKinsey and BCG for operational and strategic advice.

5. Airbus to spin off solar-powered drone programme The European aerospace group is planning to spin off the Zephyr programme with the aim of creating a new telecoms and earth observation business that will start commercial operations by the end of next year. Samer Halawi, who heads the programme, said Zephyr was “now at a final design stage” and Airbus was “ready to monetise this aircraft”.

ECB’s Panetta faces panel European Central Bank board member Fabio Panetta appears before the Committee on Economic and Monetary Affairs of the European parliament in Brussels.

Ambulance strike More than 2,600 ambulance workers are to begin another day of strike action in the UK in their dispute over pay. Separately, more than 1,000 Welsh ambulance staff begin a second 24-hour walkout, also over pay.

Nigerian legal trial The African country is due to mount a high-stakes legal trial at London’s High Court. The case involves a long-running attempt to overturn an $11bn arbitration award that left the Nigerian government owing more than a quarter of its foreign reserves to an obscure oil and gas company.

What else we are reading

How council budget cuts threaten UK ‘levelling up’ While ministers in London promise to “level up” the economies of poorer areas of the UK, funding from Westminster is getting tighter for some councils as inflation eats into the real value of public spending and even more annual budget cuts are on the cards. Money is so tight that some councils are close to bankruptcy.

The dangers of magical thinking on health policy Magical thinking is perhaps the worst feature of populist politics, writes Martin Wolf, with politicians touting simple solutions to complex problems. Would a change in the funding model fix the UK health system? And if so, how?

Luxury boom shows the staying power of the ultra-rich We may be heading for a global recession, writes Rana Foroohar, but the world’s richest people cannot seem to stop splashing the cash, with spending on luxury goods and experiences growing by about 20 per cent in 2022.

Can Big Tech make livestreams safe? Platforms such as Instagram and TikTok prohibit content that promotes self-harm, but graphic videos still get broadcast to users in the form of livestreams. To better moderate dangerous videos, tech companies are looking to stricter requirements for age verification and the use of AI in moderation.

Forget the central business district Business districts, which are often dead in the evenings and on the weekends, have fallen quieter still with the rise of remote and hybrid work. Now, a push to create more vibrant central districts is taking off, centred around socialising rather than just going into the office.

From Berlin to Tasmania and beyond, these industrial landmarks turned chic hotels offer upcycled escapes from the everyday.