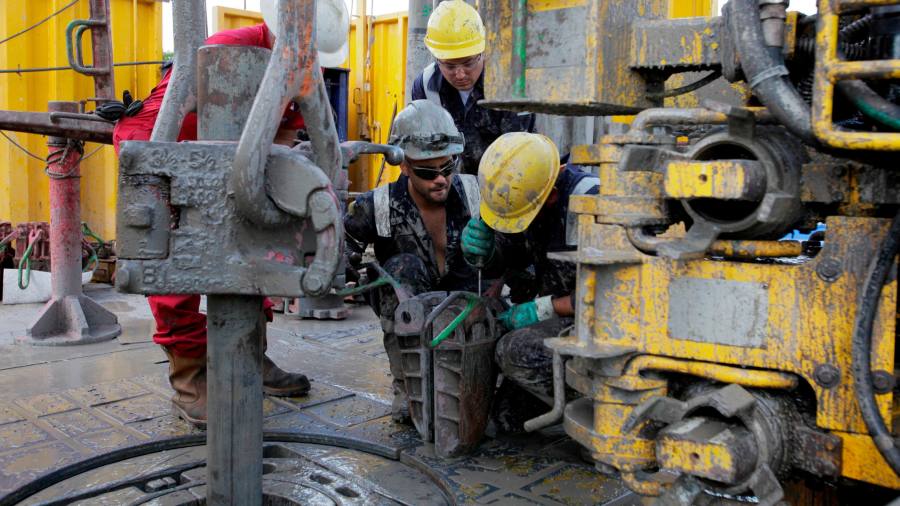 
Oil prices might have cooled off from their peaks of more than $120 a barrel last summer. But oil and gas companies can still make plenty of money at $80 a barrel. This in turn has translated into continued demand — and profits — for companies that carry out the grunt work involved in drilling and servicing oil wells.

Take oil service group SLB. The company, formerly known as Schlumberger, made more than $1bn in net income in the final quarter of last year. That is a 77 per cent jump from the year-ago period.

Revenue, up 27 per cent year-on-year at nearly $7.9bn, was driven by gains across all its geographic regions. Its pre-tax operating margin rose 393 basis points to 19.8 per cent — the highest since 2015, as SLB was able to raise prices for its services to its clients.

The risk though is this is as good as it gets. Shares in SLB, up 54 per cent over the past 12 months, are now at their highest level since October 2018. Yet the stock is trading at just 20 times forward earnings, below its three-year average of 24 times.

That looks cheap if SLB can continue to flex its pricing power. There are reasons to believe it can. Global oil demand is forecast by the International Energy Agency (IEA) to grow by 1.9mn barrels per day in 2023 despite concerns over a global economic slowdown. The supply of oil and gas remains tight amid the war in Ukraine. That will entice oil producers to increase output and prop up demand for drilling equipment and services.

To be sure, industry-wide cost cutting has left oil servicers with less equipment and fewer employees. The cost of revenue at SLB rose more than a fifth during the quarter as the company paid more everything from labour to steel to sand. At the same time, the pandemic cost cuts also left the industry with little excess capacity. As such, oil services groups like SLB look well placed to continue passing on their higher operating expenses to their clients.