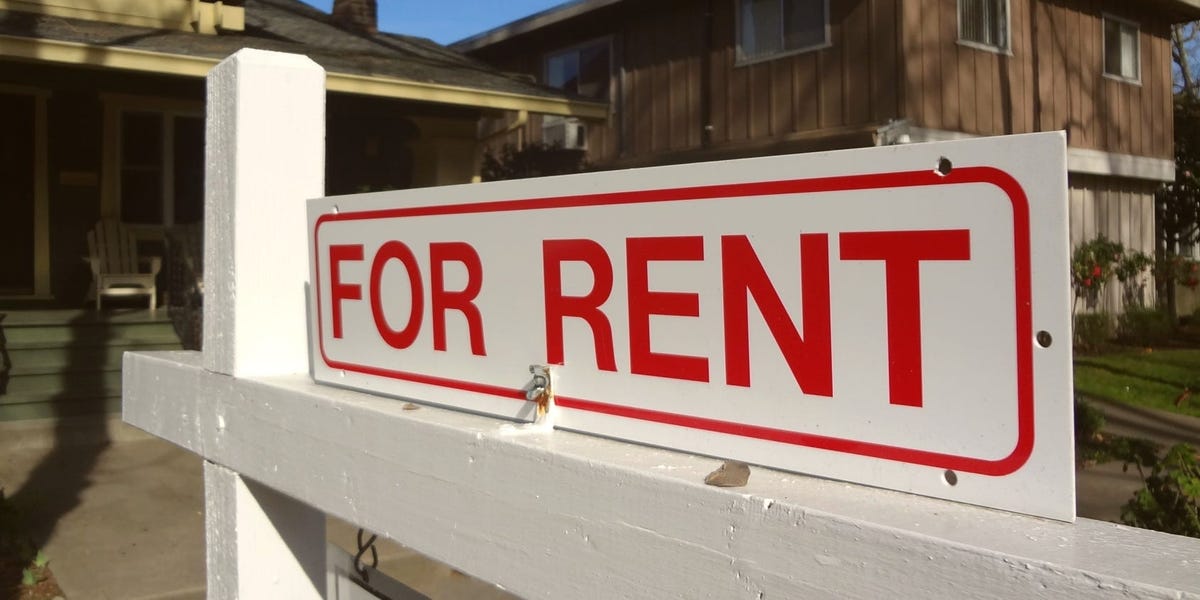 
It’s almost Friday! Dan DeFrancesco in NYC, and I’m pouring one out for the death of the world’s oldest person — Sister André — who passed away at the ripe age of 118. (Pro tip: She drank a glass of wine every day.)

Before we kick things off, I’d like to flag that some of our colleagues are seeking nominations for their rising stars in public relations. Click here to learn more.

On tap, we’ve got stories on why Goldman Sachs is banking on its wealth business, a new set of MDs at a big bank, and some beer (sort of) to get you through dry January.

But first, the rent is too damn high!

There are few professions in the world that receive as much hate as landlords.

While tow-truck drivers, parking enforcement officers, and journalists (but hopefully not this one!) might rank high on the list, you’d be hard-pressed to find an occupation that is more maligned than residential property owners.

Now imagine if your landlord wasn’t just some mom-and-pop family that owned your building, but the world’s largest private-equity firm.

That’s the position Blackstone finds itself in. The investment firm has built a sizable real-estate portfolio over the years. And while it’s received a fair share of scrutiny over it, the performance of one of its real-estate funds has reignited criticism.

Insider’s Rebecca Ungarino and Alex Nicoll have a report on how a leaked transcript of Blackstone’s real-estate strategy indicates that ugly battles with tenants could be on the horizon.

After some negative reports on the status of the Blackstone Real Estate Income Trust (BREIT), top executives assured employees on an internal call that there was nothing to worry about.

Why were the higher ups so confident in BREIT? Part of it had to do with recent backing from the University of California to the tune of $4 billion. But the Blackstone executives’ comments indicated the firm could also be planning to raise rent and evict tenants, which includes those in affordable housing and student housing.

PE firms have gone out of their way to give off a friendly public image — look no further than Blackstone and Apollo’s 2022 holiday videos — but lest we forget, these firms prioritize nabbing returns for investors.

Click here to read more about how Blackstone’s real-estate strategy is setting the stage for an ugly battle with tenants.

2. Meet Morgan Stanley’s newest executives. The bank released the names of its newest class of managing directors. You know the drill. Time to do a bit of networking and see if you recognize anyone so you can congratulate them.

3. Goldman is over Main Street. Now it wants High Street. A dealmaking drought and a consumer business that has missed the mark has Goldman Sachs CEO David Solomon focused on growing the bank’s asset and wealth management business. Here’s what that means for the division, from hiring plans to potential acquisitions.

4. BofA pumps the brakes on new hires. Bank of America has issued a hiring freeze for all but the most important positions as the bank looks to batten down the hatches ahead of a potential recession, Bloomberg reports. More on BofA’s hiring pause.

5. The elite sound off on a potential recession.  Top executives at Davos share their thoughts on how bad things might get in 2023. Click here to read more about why it might not be that bad.

6. Drama over the Getty family’s fortune. There are few corners of finance more discreet than family offices’ wealth managers. But lawsuits between an advisor and members of the Getty family have opened a can of worms, The New Yorker reports.

7. OnlyFans! NFTs! Web3! While this might sound like a story from 2021, it’s not. Elsa Jean, a retired adult-film star and OnlyFans creator, explains how she sold $30,000 worth of NFTs in a month. Here’s why she’s a big fan.

8. One of JPMorgan’s top bankers isn’t even trying to sugarcoat how bad bonuses will be. Vis Raghavan, the bank’s global investment-banking co-head, told Bloomberg that year-end bonuses will be down. More bad news here.

9. Here are some signs that it might be time to freshen up that résumé. If you’re on edge about losing your job, we spoke to some career experts about potential signs that your role could be on the chopping block. These are the four biggest red flags that things are not looking up.

10. Some good beers without the booze. If you’re still knee deep in dry January, or just looking to switch things up, we picked seven of our favorite non-alcoholic beers. Check out our list here.

A plan to keep oil and gas dealmakers honest