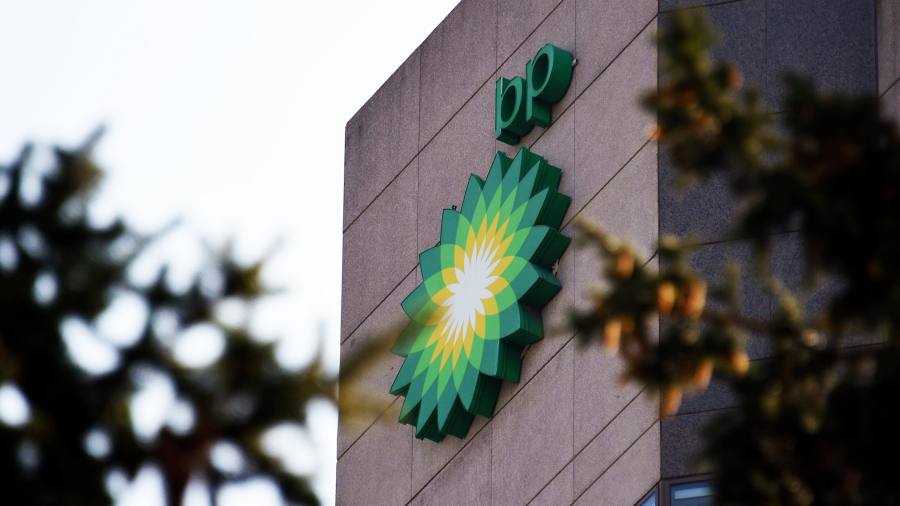 A plan to keep oil and gas dealmakers honest

Welcome back to Energy Source — your second instalment in as many days due to the US holiday this week.

The world is on track to burn through record volumes of oil this year as the energy-hungry Chinese economy roars back from its prolonged Covid-19 slumber. That was the primary takeaway from the International Energy Agency’s first monthly report of 2023, released yesterday.

At the World Econmic Forum in Davos, meanwhile, America’s climate diplomat-in-chief, John Kerry, responded to European complaints that US green subsidies were anti-competitive by telling America’s allies they could always spend more themselves. That might not go down so well in Brussels.

And in the shale patch, Chesapeake Energy sold a chunk of oil assets, as it concentrates on its first love: natural gas.

On to today’s newsletter: Is offloading dirty assets the best way for an oil company to cut its emissions? Or is this just passing the buck? Derek dives into the emissions debate with a look at a report on how dealmakers should approach the conundrum.

And Amanda breaks down what America’s landmark climate legislation, the Inflation Reduction Act, means for different renewable energy sources. Some green power providers will do better than others.

While I have my soapbox, I’ll repeat my request from yesterday: I will be in the Permian Basin next week (between Hobbs, New Mexico, and Midland, Texas) reporting on the oil jobs boom. If any readers have thoughts, anecdotes or tips — or want to meet up while I am there — please get in touch: myles.mccormick@ft.com.

Until next week, thanks for reading. — Myles

How to make divestment work for the climate — not just companies

In the quest to compel oil and gas producers to cut emissions, a thorny problem stands in the way. The easiest, fastest, and most profitable way for a producer to do less damage is to sell a polluting asset. Job done — for the selling company, anyway. But what if the buyer is worse?

For example, when BP, which is considered a climate leader among oil majors, sold its Alaska assets to private operator Hilcorp in 2019, this cut BP’s emissions — but not the asset’s, where fossil fuel output has continued to rise. In fact, between 2017 and 2021, 298 deals saw assets move from companies with flaring commitments to those without, while just 119 deals went the other way. By 2021, about 30 per cent of deals actually weakened the environmental commitments relating to the assets, according to the Environmental Defense Fund.

The EDF and fellow climate group Ceres proposed a solution, based on six roundtables with private equity groups, oil companies, banks, NGOs and other stakeholders. Their framework, released today, has four “climate principles for oil and gas mergers and acquisitions”:

This won’t be easy for the dealmakers. “M&A in the oil and gas industry is simply like how gravity works,” said Andrew Baxter, head of energy strategy at EDF. Investment bankers are incentivised to get transactions done quickly and efficiently, and any hint of friction is unwelcome. “There was a lot of resistance.”

But companies themselves increasingly see the point, including some buyers, said Laetitia Pirson, a Ceres oil and gas expert.

“The paradigm is kind of changing already. By structuring it a little bit and publishing these principles, we’re hoping to level the playing field.”

Asset managers are increasingly onside too, including private equity groups, Baxter said, in part because of their need to keep raising capital from pension funds, university endowments and other limited partners with deepening climate commitments.

EDF and Ceres hope to see at least one transaction this year incorporate the framework, and have been making the case to stakeholders.

The biggest motivator for an operator — and its investors — will remain the blowback from doing deals without due care for the aftermath.

“We’re still talking about BP-Hilcorp in Alaska,” he said. “The reputational risk has been sort of demonstrated.”

And if a seller can’t find a buyer with matching climate commitments?

“If you can’t find someone that will be able to responsibly operate this asset and manage the phaseout of that asset and retire that asset, you should be decommissioning that asset,” Baxter said. (Derek Brower)

The IRA’s uneven impact across the renewable sector

The massive US climate package signed by President Joe Biden will significantly boost investment in renewables, but opportunities vary by source.

Overall, annual investment in renewables will reach $114bn by 2031, up from $64bn in 2022, according to a report released today by Wood Mackenzie. The IRA included $369bn in green subsidies to spur the deployment of clean energy and shift supply chains away from China.

Two incentives in the IRA will be particularly important for renewable manufacturers and developers. The first is a new manufacturing tax credit for US-made components. The second is a subsidy for developers that meet certain domestic content thresholds in renewable projects.

Wood Mackenzie estimates the IRA incentives could reduce the cost of renewable equipment anywhere from 20 per cent to 60 per cent.

Here’s a breakdown of the rest of the report’s findings by source:

The IRA tax credits will provide a well-needed boost to US onshore wind manufacturers after years of declining profit margins and the offshoring of production to Mexico.

The US will have enough capacity to meet demand for turbine equipment through 2031 despite facing near-term shortages, says Wood Mackenzie. The manufacturing tax credit will allow components such as nacelles, blades and steel towers to achieve relative cost parity with imports.

Wood Mackenzie issued a less positive outlook for solar. While 45GW of module projects are in the pipeline, the consultancy warns it’s not enough to meet the enormous growth in demand and the US lacks production capacity upstream.

US manufacturers also face tough competition with south-east Asia, where panel costs are 32 per cent cheaper. Tariffs and curbs on imports from China’s Xinjiang region are also raising costs for parts and causing delivery delays. Trade barriers and supply chain hurdles stalled the sector in 2022, with solar capacity additions down 23 per cent from the previous year, according to Wood Mackenzie and the Solar Energy Industries Association.

“The manufacturing community for wind is better positioned to take advantage of the tax credits,” said Daniel Liu, lead author of the report.

Despite these forecasts, how much these incentives will spur US renewable manufacturing remains uncertain. The Treasury has yet to issue guidance on how the incentives will be implemented, and overseas manufacturers are keen to protect their cost advantages.

The phase-down of the incentives after 2032 also means the country has a short window of opportunity to build out manufacturing capacity, often from scratch, and achieve cost competitiveness without subsidies.

“A lot of countries have had a head start with cheaper labour costs . . . so there’s a bit of a race to catch up on that,” said Liu. (Amanda Chu)

A lot of fintechs “have to fix their business models,” say VCs who invest in fintech • TechCrunch