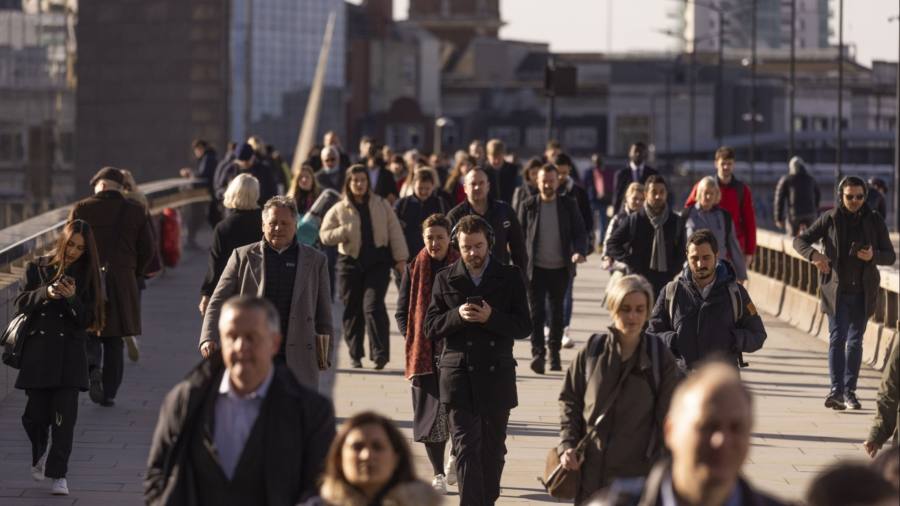 UK wages jump but fail to keep pace with inflation


UK wages grew at the fastest rate seen outside the pandemic period at the end of 2022, according to data that will bolster the Bank of England’s resolve to keep raising interest rates to curb inflation.

Average pay in the three months to November was 6.4 per cent higher than a year earlier, both including and excluding bonuses, the Office for National Statistics said on Tuesday. But private sector wage growth was much stronger than wage growth in the public sector — 7.2 per cent compared to 3.3 per cent — a gap that will fuel the bitter stand-off between the government and striking public sector workers.

The wave of strikes sweeping the UK was the most disruptive for more than a decade in November, even before nurses, ambulance staff and civil servants began their continuing industrial action. The ONS said 467,000 working days were lost because of labour disputes in November, the highest since 2011.

With inflation running at 10.7 per cent in December, average earnings were still 2.6 per cent lower than a year earlier in real terms, marking one of the biggest falls in living standards since comparable records began in 2001, the ONS said.

However, chancellor Jeremy Hunt said in response to Tuesday’s figures that the “single best way to help people’s wages go further” was “to stick to our plan to halve inflation this year”. This suggests he remains opposed to higher funding for government departments that would allow them to make a substantially better pay offer to NHS workers and teachers.

Samuel Tombs, at the consultancy Pantheon Macroeconomics, said the figures would “maintain the pressure on the [BoE’s] monetary policy committee to raise interest rates by another 50 basis points, rather than slow down” because most rate-setters would want to see clear signs of the labour market cooling and wage growth slowing before they stopped tightening policy. 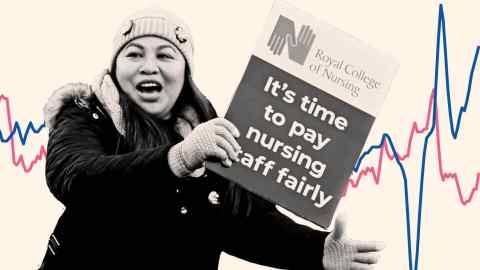 Huw Pill, the Bank of England’s chief economist, said earlier this month that high inflation might persist for longer in the UK than elsewhere because low unemployment and a stubbornly high rate of economic inactivity was pushing up wage growth, adding to price pressures.

The latest figures showed the labour market remained strong even as the economy weakened in the face of soaring energy prices last year, with an unemployment rate of 3.7 per cent for the three months to November. That was unchanged from the previous month’s reading — although up from the previous quarter’s figure of 3.5 per cent.

Employment was also broadly unchanged from the previous figures, as was the rate of economic inactivity, although some older workers who left the labour market since the start of the pandemic have begun looking for work again as cost of living pressures begin to bite.

However, there were some early signs that the labour market may be turning. The number of vacancies fell for a sixth consecutive month — although it remains far above pre-Covid levels, with a ratio of one post unfilled for every unemployed jobseeker. The number of redundancies has also climbed steadily over the past year, returning to levels that were normal before the pandemic.

“Having experienced a period where employees have had near unprecedented levels of power, we may be starting to see signs of a shift back to employers having greater control,” said Pawel Adrjan, an economist at the job search site Indeed.

S&P 500: A Sustained Break Above 4030 Signals a Bullish Breakout