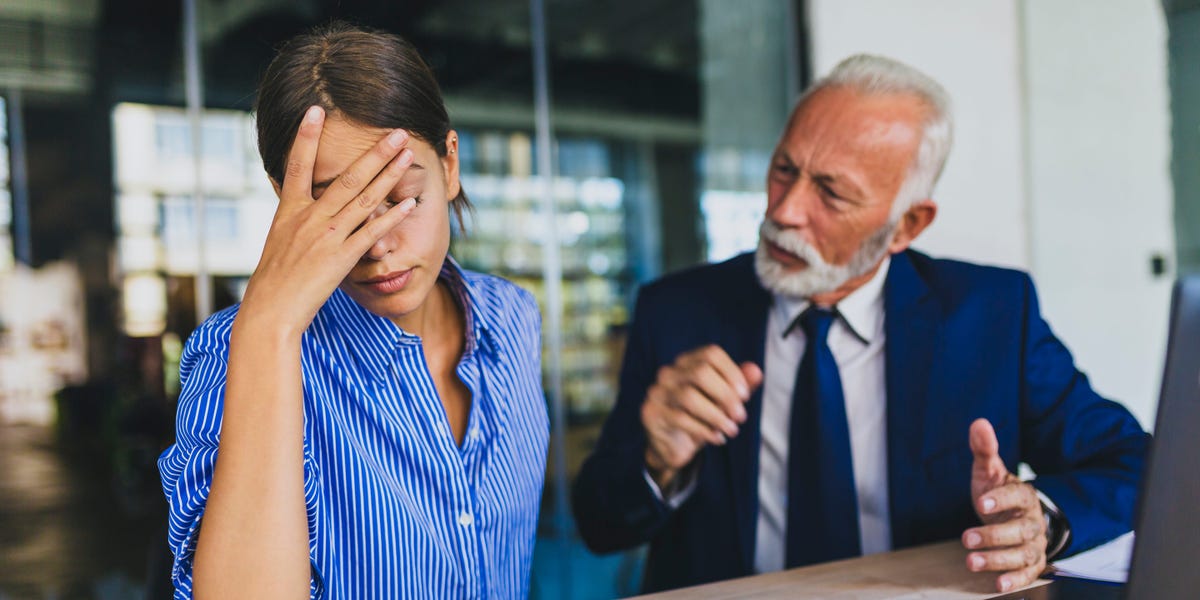 People will manipulate others for their own gain; it’s a truth most of us are familiar with by now.

Just consider the very recent — and public — example of Theranos Founder and CEO Elizabeth Holmes. Determined to safeguard her biotechnology company’s reputation no matter the cost, she continuously misled investors, even when that meant endangering people’s health and lives.

Karen Donaldson, a communication coach and body-language expert, said manipulators generally belong to one of two categories: Those who truly believe what they’re doing is right and will go to whatever lengths necessary to protect it, and those who know what they’re doing is wrong, but will still do everything in their power to get ahead.

Regardless of what a manipulator’s motivations are, no one wants to be on the receiving end of their lies.

Entrepreneur sat down with Donaldson to discuss how her “triangle” method, so-called for its three-pronged approach, can help you determine if someone’s really telling the truth — and what to do if you suspect they’re not.

1. Pay attention to how they say what they’re saying

When it comes to evaluating both verbal and nonverbal signs in your search for the truth, you have to read them in clusters, Donaldson said. That means that no one sentence or movement will definitively reveal if someone’s being honest.

Rather, you have to look at the sum of the parts to get an accurate sense of the whole — and have a baseline understanding of the behaviors that are typical for the person in question.

First, it’s important to pay attention to how people say what they’re saying. Consider the pace at which someone is speaking — taking particular note of any changes.

“When we’re telling the truth, what we’re saying just flows,” Donaldson said. “It’s in our memory because it’s true or it happened. When people’s speech patterns start to get erratic, and they’re pausing for too long, then have a lot of ideas that come out, and they stop for a moment, that might be them creating stories to suit the occasion.”

2. Watch out for telltale head, face, and eye signs

Another thing to be aware of? A person’s head gestures.

Those gestures might not line up with what they’re saying — for example, if someone says they didn’t do something but nod their head yes, or swear they’re telling the truth but shake their head no.

“That’s a telltale sign of indecision, and possibly lying,” Donaldson said. “Because our bodies tell the truth unless we’re a master at controlling it.”

Other microgestures like a “lip fold” — similar to when you put chapstick on your lips, then rub them together — can also indicate that something’s amiss.

“So when someone quickly folds in their lips, that’s them holding back information,” Donaldson said. “There’s something that they don’t want to say. It’s minute, really quick.”

You’ll also want to watch out for any changes in eye-contact patterns. Research on the widely held belief that someone who’s lying won’t maintain eye contact is inconclusive, Donaldson noted, which means that you have to pay attention to other things, like sudden glances up or down.

Additionally, someone’s blink rate can be a tell — but as with the other signs, you have to know what the person’s baseline is to make an accurate assessment.

“When we blink faster, once again, it’s a response to feeling anxious, nervous, not necessarily telling something that’s the truth or holding something back,” Donaldson said.

3. Be aware of their body and physicality

Head, face, and eyes aside, take note of how someone’s moving the rest of their body, too.

If someone’s scratching or rubbing their neck, that could indicate a level of discomfort.

“This is a self-soothing gesture,” Donaldson said. “When we’re stressed, there are different ways that we calm ourselves down. And we overly touch ourselves because it’s a nurturing gesture that comes from childhood. Just think about it: When your parent or guardian is calming you down, they’re rubbing your hand, rubbing your back. We do that to ourselves.”

Likewise, suddenly touching or itching the tip of their nose after speaking can be another tell.

“This is how our body responds to stress,” Donaldson said, “and often when we’re not telling the truth, we get into a highly stressed space, and our nervous system causes sensory symptoms, so all of a sudden our skin and face get itchy. It’s the concrete example of if you ask someone something and they blush, blood rushes to the periphery of your face. It’s similar with your nose, and that’s what causes that itching sensation.”

If someone overly uses their nondominant hand while they’re talking to you, that might also mean what they’re saying isn’t true — of course, you’ll have to know which hand is their dominant one.

“So if someone is speaking to you, and they’re right-handed and using their left hand, that’s kind of a convincing gesture,” Donaldson said.

Someone who’s extra fidgety — or who quickly shifts their behavior — might also be keeping something from you.

“They’re sitting on a couch or chair and they’re speaking with you, then all of a sudden they’re moving around,” Donaldson said. “They’re at the edge of their chair. Then they sit back. Then their chair is just uncomfortable. It needs to be fixed. That’s exerting nervous energy as well.”

What do you do if you think someone’s lying to you?

When you suspect someone’s lying, there are a couple of ways to approach the situation, Donaldson said, often depending on your relationship with the person.

If you’re speaking with a friend, you might call out the lie in a casual, lighthearted way, saying something like, “Is that true, or did you add something in there?” In that case, your friend might admit they did embellish their story.

Naturally, it can be dicier if you’re in conversation with a superior or someone else in a position of power. Donaldson suggested asking the person follow-up questions — and repeat questions — because if they’re lying, it might be difficult to maintain consistency with their answers.

Whatever the situation is, Donaldson recommended calling out someone in private if possible.

Of course, when it comes to confronting a suspected manipulator, the decision to act — or not — is yours alone.

“If you think someone’s lying, you get to take on your own responsibility and decide if you’re going to follow what they’re saying: go with them, not go with them, follow through, pay them,” Donaldson said.

What if you do want to confront someone you believe is being dishonest, but don’t feel confident enough to see it through?

“A lot of people believe that confidence is an emotion, and, in truth, it’s not,” Donaldson said. “Confidence is a behavior and an attitude, which means it’s a skill set — something that we can build at any given time. We can take on a confident state if we so decide to. But what I remind people is to stop waiting to feel confident and decide, I want to act with more confidence.”

Stop focusing on other people’s reactions, Donaldson stressed, because you can only control your own words and actions.

“Stay committed to speaking up, because your voice matters,” Donaldson said. “Your opinions matter, and it has nothing to do with who you are, where you come from, how much you have in your bank account, or how many degrees you do or don’t have.”