This week’s and Q&A session are essential because it comes on Thursday, the day before the Fed enters a blackout period. If she signals the same hawkish stance as many of her colleagues and talks about getting rates to 5% and holding rates high for some time, then I think it kills any hope the market has of the Fed not reaching the path laid out in the dot plot or cutting rates in late 2023. If she gives a dovish speech, I think you will see the market continue to rally.

If the rally is going to end, it will be this week, Brainard’s speech being enough. Another reason this week could kill the rally is that this week is options expiration week, and at least as of Friday, the big gamma level was at 4,000, and the level with the most call gamma was also at 4,000.

As long as that remains, the index will likely stay pinned at 4,000 and not drift much further. Could it go to 4,025? Sure. Is it likely to go much higher? Probably, not unless the options market gives the S&P 500 permission to go higher, and for that to happen, the gamma level with the most call concentration needs to move higher to 4,100.

The Treasury General Account (TGA) has been drifting lower recently, adding liquidity to the market and allowing reserve balances to rise. Typically speaking, the TGA tends to increase mid-month following the settlement of Treasury auctions, which could lead to the TGA rising this week, which could act to lower bank reserves and drain liquidity from the market.

There will be a options expiration this week, and there aren’t many options with open interest below 19 on the VIX. This means many call options will expire worthless if the VIX stays in the 18 range heading into OPEX. 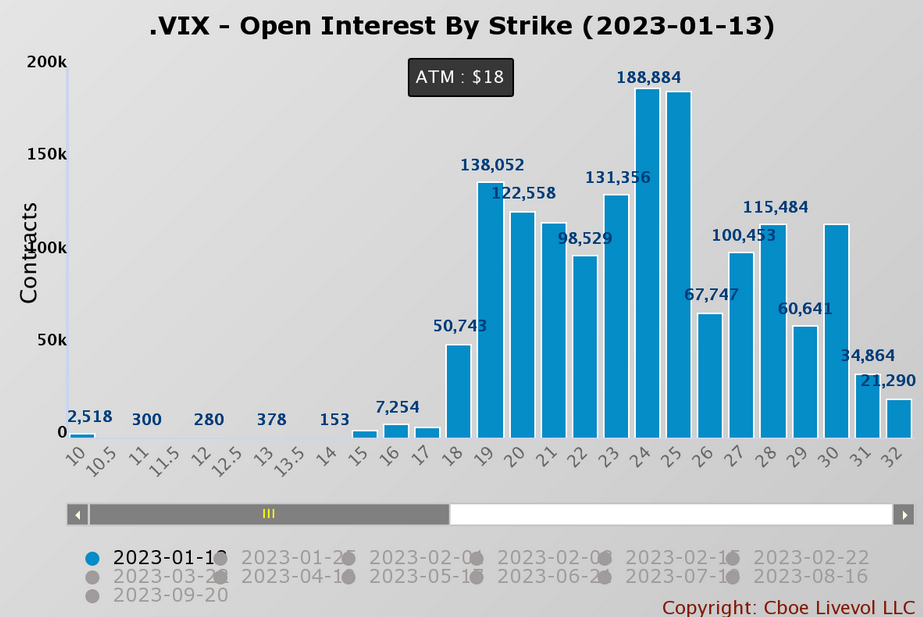 Meanwhile, the S&P 500 is within a bigger broadening wedge similar to the one seen in August, and like in August, it is up against its long-term downtrend. It also filled the technical gap at 3,995. All conditions suggest we could see a similar outcome to that in August. Again, this is the week the index should turn lower if we are still in a bear market. 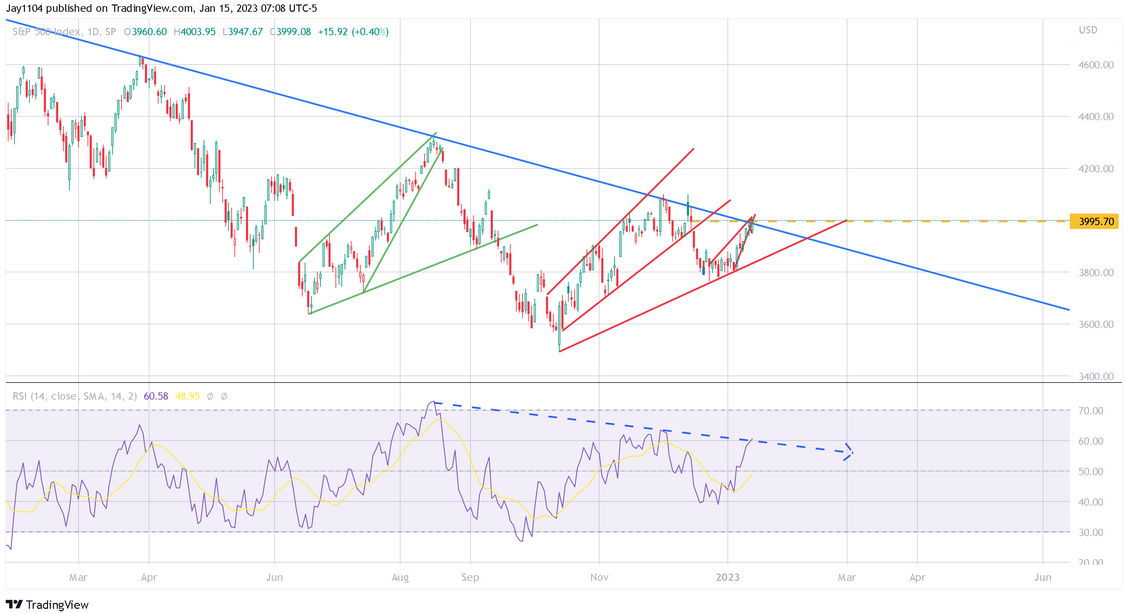 Meanwhile, the big banks reported results on Friday, and I thought they were okay, nothing special. What is more telling than the stocks moving higher is how the credit default swap (CDS) traded, and while the stock prices went higher, the CDS for JPMorgan (NYSE:), Bank of America (NYSE:), and Citigroup (NYSE:) all increased just a bit. 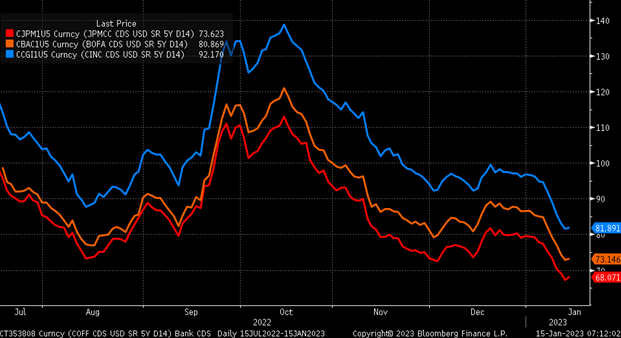 Typically the CDS and equity trade opposite one another, meaning if the CDS rises, the stock prices fall and vice versa. In this case, the stock rose, and the CDS also rose on Friday. This means that one of the two is wrong; if I had to guess which one is wrong, my guess would be the equity market. 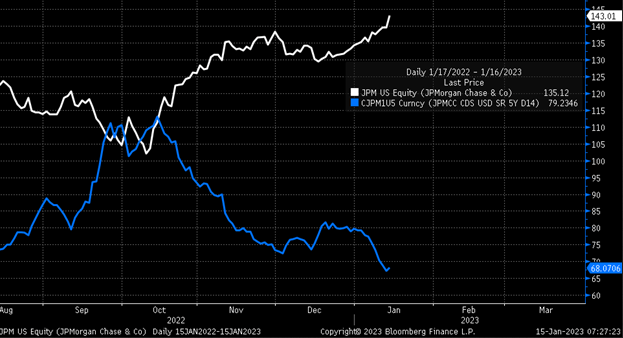 The reason is that implied volatility was crushed on Friday in these stocks, and JPMorgan, for example, saw its IV fall 30.7 to 16.1. It probably confirms this idea if the stock returns last Friday’s gain this week.

I will be curious this week to see how Goldman Sachs (NYSE:) numbers are, given how much this stock has been up over the past couple of months. The company will report results Tuesday morning, and the shares are approaching an overbought level on the RSI and resistance at $375, where they failed on Dec. 13. Additionally, the short-selling volume has steadily risen over the last few days. 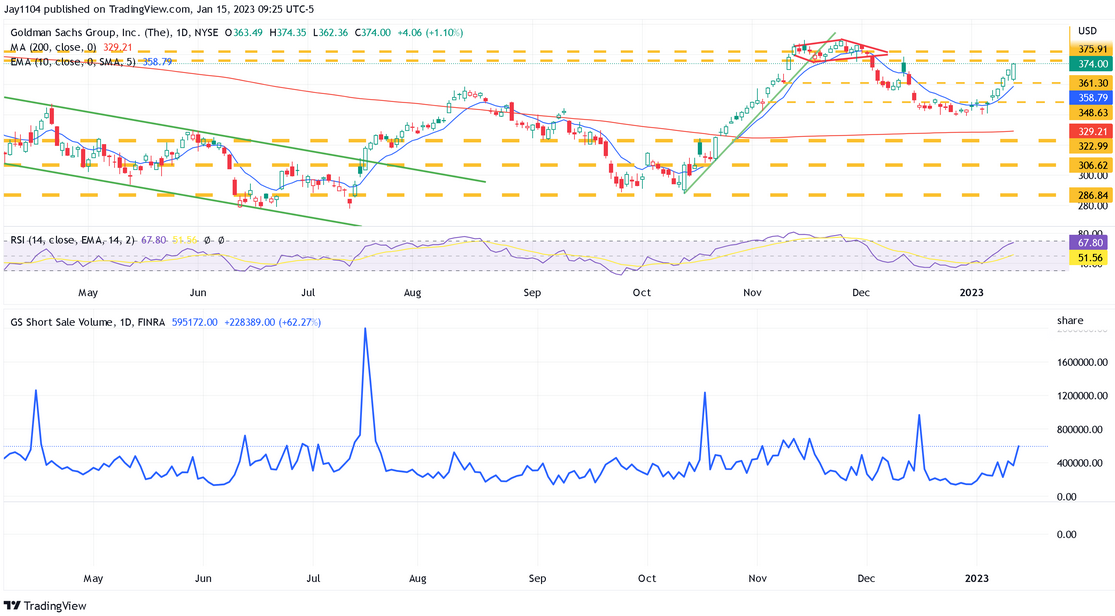 Procter & Gamble (NYSE:) will report on Thursday morning, which will tell us a lot about inflation and margin impacts, whether the company can still pass on the higher cost to its end customers or not, and what the effects are on gross margins as a result. The stock has a bearish RSI trending lower and appears to have a potential triple pattern, with a move below $148 setting up a possible decline to $141. Short sales volume for PG has been rising as well in recent days. 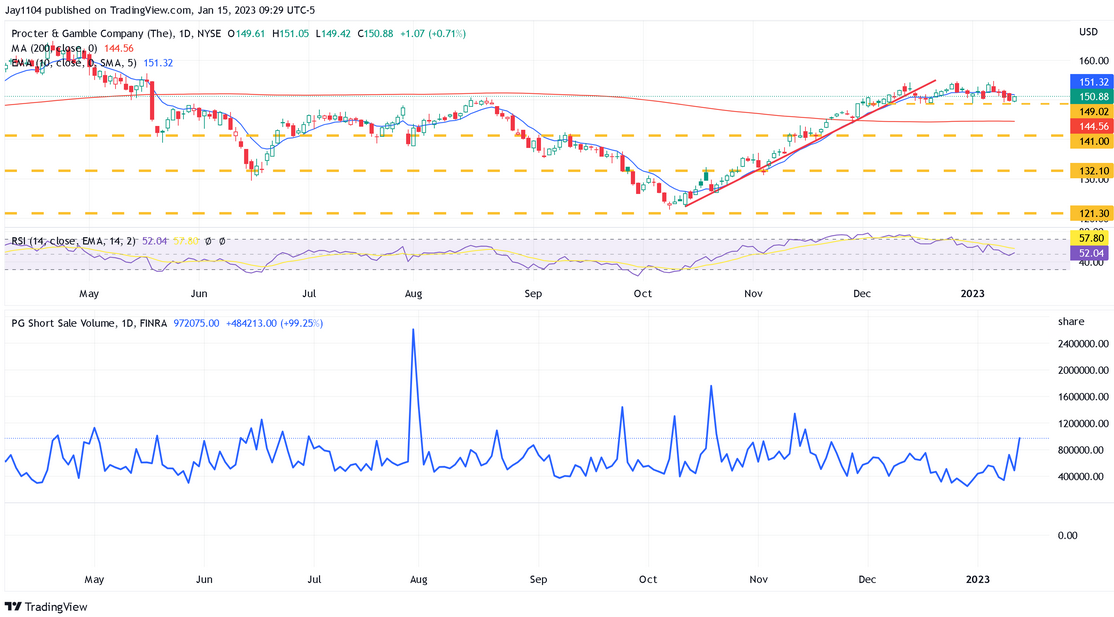 Netflix (NASDAQ:) will report results on Thursday, and I don’t have a feel for this one like I used to. I never expected this stock to rally as much as it has. The gap from April 2022 is filled, and the RSI is overbought. So if this stock is going higher, these results will be necessary to support the bullish thesis. If the downtrend is still intact and the gap is filled, it should reverse lower; if a new uptrend has been established, it probably rallies back to $360. 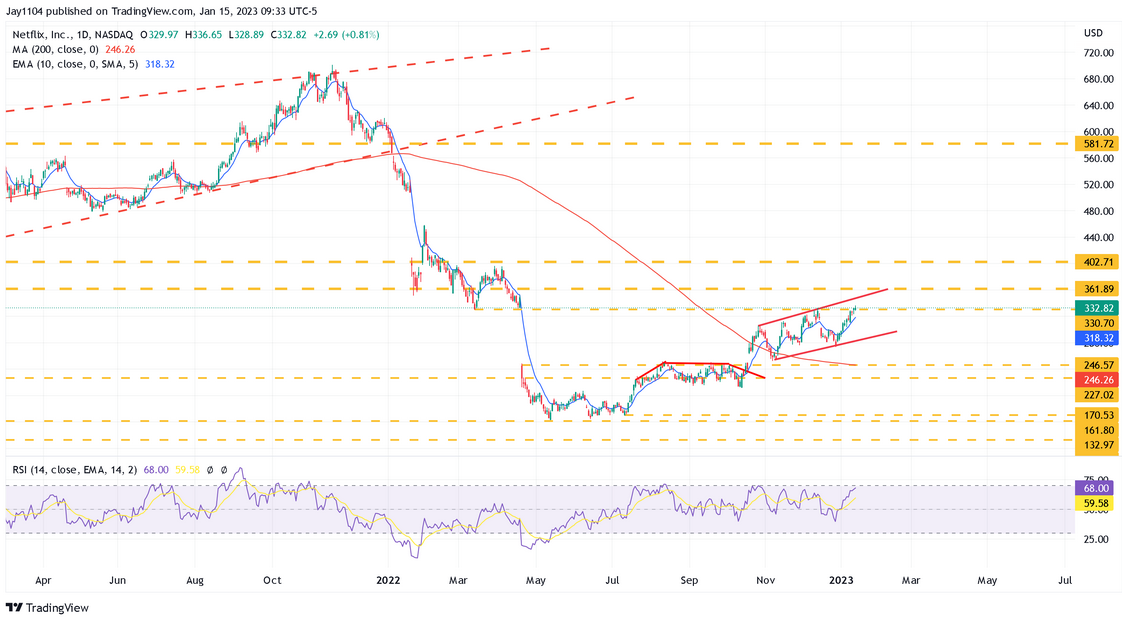 So much fintech M&A • TechCrunch