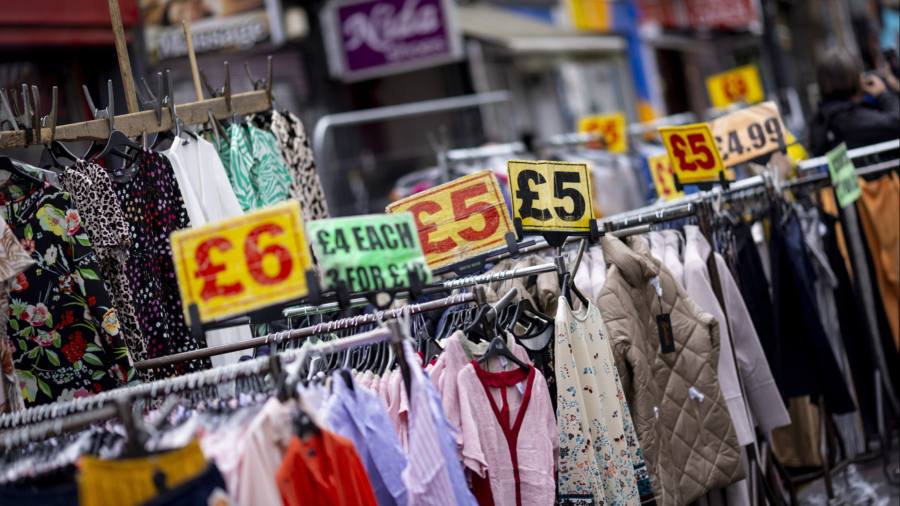 
The UK economy grew in November, helped by stronger services activity during the World Cup, in a shift that defied expectations and is likely to increase pressure on the Bank of England to raise interest rates.

Gross domestic product increased 0.1 per cent between October and November 2022, the Office for National Statistics said on Friday. A Reuters poll of economists had forecast a 0.2 per cent contraction.

“The economy grew a little in November with increases in telecommunications and computer programming helping to push the economy forward,” said Darren Morgan, ONS director of economic statistics. “Pubs and bars also did well as people went out to watch World Cup games.”

November’s GDP growth could signify that the UK economy avoided a technical recession, defined as two consecutive quarterly contractions, at the end of 2022. Output fell for the third quarter of last year.

This “will only add to the pressure for the Bank of England to raise interest rates further from 3.5 per cent, perhaps to 4.5 per cent in the coming months”, Gregory said of Friday’s figures.

Markets have priced in a 57 per cent probability that the Bank of England will raise its rate by 50 basis points from the current 3.5 per cent at its next meeting on February 2. Interest rates have risen sharply from 0.1 per cent in November 2021 as the BoE battles with very high inflation.

Despite its resilience in November, the UK economy has been struggling under the weight of high inflation and rising borrowing costs. In the three months to November, the economy fell by 0.3 per cent compared with the previous three months.

In November, output was still smaller than in its recent peak of May 2022 and remained 0.3 per cent below its level in February 2020, before the coronavirus pandemic. Output from consumer-facing services, such as shops and restaurants, was 8.5 per cent below pre-pandemic levels.

This is in contrast with all other G7 economies where by the third quarter GDP had already recovered from the impact of the health crisis.

Thomas Pugh, economist at consulting firm RSM UK, said a recession in the UK was “delayed, not cancelled”, since consumer spending was likely to falter as the squeeze on household real incomes intensified.

“We continue to think that GDP will drop substantially in Q1 and Q2,” added Samuel Tombs, economist at Pantheon Macroeconomics, who emphasised that the UK government will reduce energy price support substantially in the second quarter.

Leading economists surveyed by Consensus Economics forecast UK GDP would shrink by 1 per cent in 2023, a much larger drop than the 0.1 per cent fall forecast for the eurozone and in contrast with the 0.25 per cent increase expected in the US. 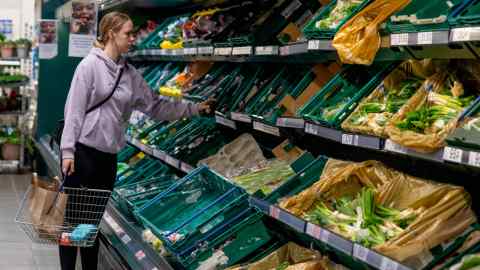 Separate ONS data, also published on Friday, showed that a recent fall in gas prices helped to narrow the UK’s large trade deficit by £6.5bn to £20.2bn in the three months to November compared with the previous three months.

The fall in gas prices is also expected to reduce pressure on household finances as well as providing some savings for the government.

Chancellor Jeremy Hunt said: “The most important help we can give is to stick to the plan to halve inflation this year so we get the economy growing again.”