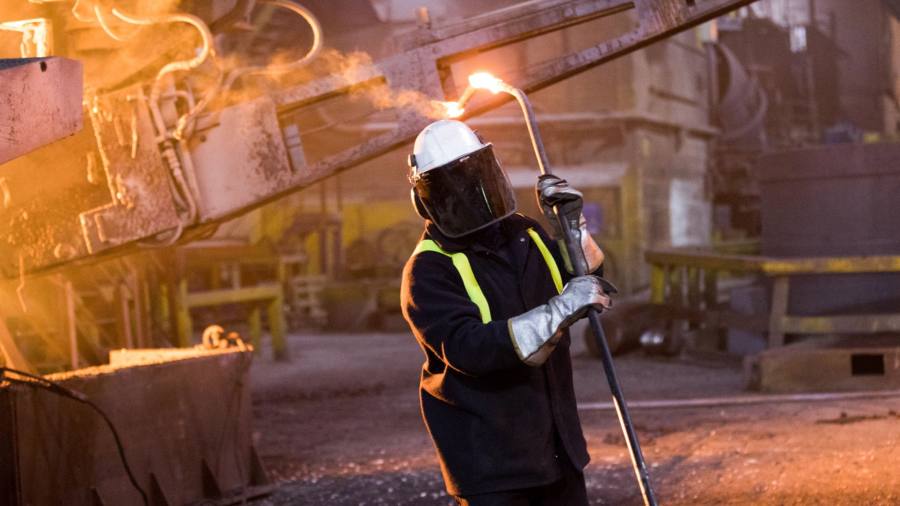 
Sanjeev Gupta’s Liberty Steel is to cut production and idle some of its smaller plants in a restructuring that threatens 440 jobs, deepening the crisis in Britain’s steel industry.

Under the plan, Liberty Steel, which is part of Gupta’s GFG Alliance, will focus on its high-grade steel production sites at Rotherham, Stockbridge and Brinsworth in Yorkshire for aerospace and energy customers.

Production at Rotherham’s electric arc furnace, however, will be reduced and replaced with imports from abroad. High energy costs were making the production of cheaper grade products uncompetitive, the company said on Thursday.

Two of Liberty’s downstream production units, including its rolling mill in Newport in south Wales, will be idled. The Newport site will be turned into a sales and distribution hub.

The actions, which Liberty blamed on “severe competitiveness issues”, “may potentially impact up to 440 roles across the business”, it added.

Liberty said the restructuring measures would forge a “viable way forward” for the business and help safeguard jobs in its wider workforce of 1,900 permanent employees, and up to 5,000 including contractors.

The company’s UK plants have been operating intermittently for more than a year following the collapse of GFG’s main lender, Greensill Capital, in March 2021. High energy costs in the wake of the war in Ukraine, coupled with weak steel markets, have deepened the challenge facing GFG.

Liberty Steel said it will try to safeguard some jobs through a redeployment and furlough programme but unions warned they would fight any compulsory redundancies.

Alun Davies, Community steelworkers’ union national officer, said the restructuring was a “body blow to Liberty Steel’s loyal UK workforce, who couldn’t have done more to get the company through an exceptionally challenging period”.

Chris Williamson of the Community union at Rotherham said he would “do his “utmost to ensure there are no compulsory redundancies”.

Jonathan Reynolds, Labour’s shadow business secretary, said it was “devastating” for steelworkers. “Endless sticking plasters from the Conservatives have left our UK steel sector on the brink,” he said.

The restructuring comes amid fears that thousands of jobs are at risk across the steel industry. British Steel, owned by China’s Jingye, and Tata Steel UK, which together operate Britain’s four remaining blast furnaces, have been in talks with the government about securing support to mitigate energy costs and about broader aid to invest in greener steelmaking.

British Steel has warned it will have to close one of its blast furnaces in the coming weeks if it does not secure a lifeline from the government. Jeremy Hunt, the chancellor, is considering a £300mn subsidy for British Steel.

But the Treasury said on Thursday there was “no update” on those talks.

Commenting on the restructuring at Liberty, the Business department said “we understand that this will be a concerning time for workers and we stand ready to support those impacted”.

Steel “plays a critical role in all areas of the UK economy, and we are working closely with industry to secure a sustainable and competitive future,” it added. The government was providing “extensive support to the steel sector to help with pressures like energy costs, worth more than £800mn since 2013 on top of support from the Energy Bill Relief Scheme”.

Jeffrey Kabel, chief transformation officer for Liberty Steel Group, said that the company remained “committed to our longer-term growth plants in the UK including our plan to grow Rotherham into a 2mn tonne green steel hub”.

Gupta, he added, had “supported the business through a very difficult period and remains committed to the workforce here in the UK”.

Genesis, Gemini Sued by SEC for ‘Unregistered Sale of Securities’ in Earn Program