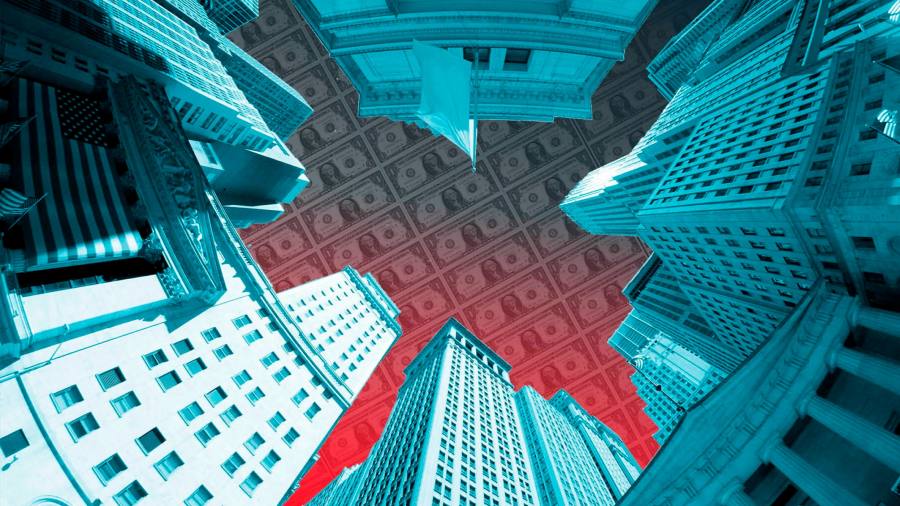 Good morning. The appointment of Bernard Arnault’s daughter Delphine to run Dior has raised some eyebrows. This is therefore a good time to announce that Elsie Armstrong, now a precocious 13, will be taking over leadership of Unhedged when Rob moves on. We feel this is necessary to ensure the continuity of the brand. Send proxy ballots to: robert.armstrong@ft.com & ethan.wu@ft.com.

Japan’s long-running quest to slay deflation has had one big, stubborn obstacle: what the Japanese themselves expect. A long history of negligible price growth entrenches the expectation that businesses can’t raise prices. Those that step out of line are punished with falling sales. So companies keep prices down, which leads to puny wage increases. And because prices tend to stay flat, consumers are in no rush to spend their (stagnant) earnings. The whole economy falls into ennui.

Breaking this pattern is very hard. But since last year’s commodity shocks, a plausible path out of the deflationary muck has appeared. It might look something like:

This, more or less, has happened — other than the last bullet. The chart below shows Japan consumer and producer inflation. Notice that it took PPI reaching 9-10 per cent over many months before CPI even broke 1 per cent:

Can Japan take the last step? Can imported cost-push inflation, which won’t last for ever, be parlayed into domestic demand-pull inflation? This is what the Bank of Japan wants, and why it has moved mountains to keep its ultra-accommodative yield curve control policy in place. The problem is that inflation still looks mostly cost-driven. Wage growth, though it has risen noticeably, fell in the latest November reading, and remains below the 3 per cent rate the BoJ thinks is needed to sustain 2 per cent inflation:

But there is good news. The FT’s Kana Inagaki and Eri Sugiura report:

Fast Retailing, Asia’s largest clothing retailer and owner of the Uniqlo fashion brand, will increase employee wages in Japan by as much as 40 per cent as inflation in the country rises at its fastest pace in decades …

While many Japanese companies rely on a seniority-based pay structure, the retailer will evaluate employees based on their performance and ability to contribute to the business, it added …

To address the higher costs, the group increased the prices of flagship products at Uniqlo stores in Japan last year, with its fleece jackets jumping from ¥1,990 to ¥2,990.

Fast Retailing isn’t alone. Ahead of annual union wage talks in the spring, a spate of big Japanese companies have recently announced proactive pay increases, including staid firms such as Nippon Life Insurance (a 7 per cent bump). Bandai Namco, a video game maker (and publisher of my favourite game of 2022), is raising starting salaries by 25 per cent.

Pelham Smithers of Pelham Smithers Associates, our go-to Japan watcher, thinks this is all heralding a grand shift in inflation psychology. As he pointed out to us yesterday, the headline inflation rate probably understates how profoundly wage-price dynamics are changing:

Two things have happened over the last year. The first is that inflation in Japan has been quite a big media story. It would be very difficult to watch the day-to-day news without getting caught up in the inflation story.

The second thing is that high-street [retail] inflation has been essentially running at double the national rate. [In contrast to, for example, rent inflation near zero] if you’re someone shopping on the high street, you’ve seen something around 6 to 7 per cent inflation. So you’ve been feeling like prices have been rising . . . you don’t think, “Oh, my rent hasn’t gone up” as an important factor. You’re just looking at the price of flour and eggs and thinking, “Oh, God” …

Because major parts of Japanese household spending haven’t gone up, the headline rate isn’t as high. But the psychology the Japanese have had about inflation is probably worse than the peak in the US or the UK, because they haven’t experienced it for 30 or 40 years.

An inflation regime change would likely remake the country’s sluggish stock market: nominal profits, at long last, could expand. That would make the appeal of investing in Japan much clearer for global investors. (Ethan Wu)

Are we heading for a corporate debt crisis? (Part 1)

Americans for Financial Reform, the consumer advocacy group, is very worried about the proliferation of risky corporate debt, and just released a meaty paper on the topic, “A Giant In The Shadows”. There is plenty in it to agree and disagree with, and it’s worth a read. The author, Andrew Park, thinks the rapid growth low-quality corporate debt is worrisome for five reasons:

Many of these are familiar, as they are echoes of the problems underlying the mortgage crisis that began 15 years ago. And while each of them merits individual attention, I’m most interested in a wider issue that underlies them all: the idea that there is just too much low-quality debt floating around, and it’s going to blow up in our faces sooner or later, or as AFR puts it:

The explosion of low-quality lending has brought debt loads in corporate America to record highs, a development that is likely to bring, in the coming years, a wave of defaults, slower growth, future job losses, and potential instability stemming from the utter opacity of this business

I think this is always a good issue to bring up, and it is a particularly good issue to bring up right now. It’s always important because human beings, left alone, will always keep adding debt until something breaks. The return-multiplying power of leverage is enough to ensure this; laws that give debt financing a huge edge over equity make it worse. It is important to think about the question right now because rates have risen quickly, and might stay high. We don’t know how the large stock of outstanding debt, issued when rates were low, will respond to this.

The problem with thinking about the problem in general terms is that it is hard to track how much debt there is and how risky it is. AFR estimates that the total US stock of “subprime” corporate debt (junk bonds, leveraged loans, direct lending) is worth $5tn. According to the national accounts, total non-financial corporate debt (bonds and loans) stands at $12.7tn, making low-quality debt just under 40 per cent of the total. But I don’t yet have a time series for “subprime”, so I don’t know how much 40 per cent is relative to history.

So what can we say about the riskiness of corporate debt in the US? One thing we can say is that less and less debt is held in the most carefully regulated and supervised entities: banks. Here is a chart of the growth of total loans and leases held by all US commercial banks, since the mid-70s (the data is quarterly, and presented as a three-year rolling average):

As the growth in corporate debt has picked up, growth in bank lending has been slowing down. It was crushed after the housing crisis and has not recovered, taken away by the bond and securitisation markets. Park is therefore quite right to say that US corporate debt is regulated more and more loosely.

Debt to pre-tax profit varies with the economic cycle, as one would expect, but it has not been rising, and is not historically high now. One might be tempted to conclude that American companies have added more debt because they have become more profitable, and can carry more.

(Ideally, the light blue line would show debt relative to profits before tax and interest payments, but this is harder to extract from the national accounts. The chart as it is should capture the right trend, but will reflect the impact of lower interest rates, which would be good to exclude. I’m working on it).

The chart does not capture changes in the quality of debt over time, which is Park’s point. But it does raise a good question. Instead of asking whether there is too much debt, should we not ask instead whether historically high corporate profits are sustainable?

There is much more to be said here, and we’ll say some of it in coming days and weeks.

The suburban identity crisis, or why moving from New York to the ’burbs is hard.

Cryptofinance — Scott Chipolina filters out the noise of the global cryptocurrency industry. Sign up here

Earnings season could be rough for an expensive stock market