How Savvy Traders Deal With Their Mistakes


The added 0.7% on Tuesday, bouncing back from Monday’s ominous intraday reversal. Not bad, given how poor Monday’s price action appeared.

Monday morning’s impressive breakout above 3,900 resistance fizzled and evaporated by the close. That intraday reversal is about as bearish as price action gets. But as is always the case, trading signals operate in probabilities, not absolutes. 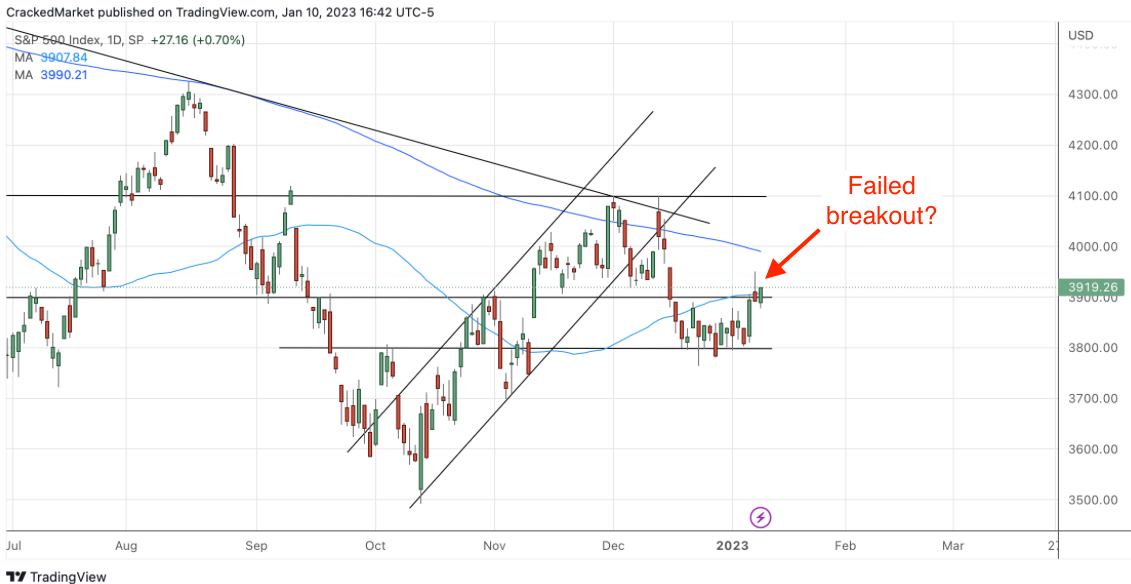 While a majority of the time, price action like Monday’s leads to further declines, it didn’t happen this time, which is normal and expected. Even something that works 80% of the time will still fail once for every four times it succeeds.

The lack of guarantees in the markets is why I always trade with contingencies in mind. Even though I liked the short setup Monday afternoon, I started with a partial position and placed a stop nearby.

That way, if I was wrong, I had an exit plan in place. And it’s a good thing because I ended up using that exit plan Tuesday, and that is the only reason my losses were so modest.

No one is always right, but traders that succeed over the long term make sure their trading plan limits their losses when they are wrong.

While seeing how things turned out Tuesday, it would be easy to say shorting Monday’s intraday reversal was a mistake, but starting with a small position and a nearby stop, my loss was far smaller than the potential reward if I got it right.

I will take that trade every day of the week because while it didn’t work this time, it will produce big profits more often than not.

Minor losses and big rewards are how we make money in the market.