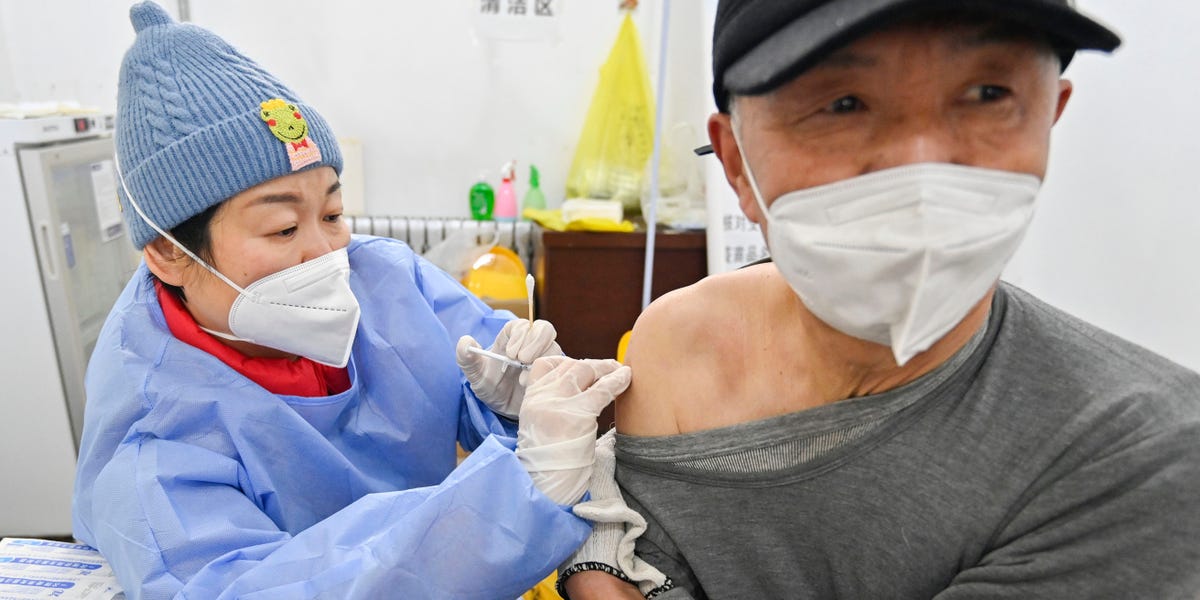 It’s no secret that China’s been dealing with a flood of new COVID-19 infections ever since it rolled back its strict zero-COVID stance.

But that doesn’t necessarily mean the country is likely to go sourcing much-needed COVID vaccines from external parties — the CEO of the leading vaccine producer in South Korea feels that “national pride” will keep China from sourcing foreign vaccines.

Jaeyong Ahn, the CEO of South Korea’s SK Bioscience, was speaking to the Financial Times about the pharmaceutical giant’s plans for global expansion, when he said it would be “unrealistic” for the company to supply vaccines developed by the company to China in the near future.

SK Bioscience has developed its own COVID-19 vaccine, which is now being used in South Korea. The vaccine is now seeking approval from the World Health Organization and the European Union.

And even though China’s at the “heart of the pandemic” now and needs vaccines speedily, “dramatic talks” need to take place before the company would be able to supply the country. That’s because it’s about China’s “national pride,” Anh said, per the FT.

An SK Bioscience spokesperson told Insider  the company currently isn’t in discussions with the Chinese government about supplying vaccines to the country. “We are carefully monitoring the pandemic situation in China right now,” the spokesperson said.

China’s racing to develop its own mRNA vaccines

China — facing a deluge of new infections and suspected deaths — is ramping up vaccinations, particularly among the elderly, to get inoculated. However, Chinese authorities have not approved any homegrown mRNA vaccines yet, and have rejected offers of such vaccines from the US, Bloomberg reported Saturday, citing US officials.

“China’s vaccines and medical supplies are overall in adequate supply and the COVID situation is under control,” Chinese foreign ministry spokesperson Mao Ning said at a scheduled press briefing on Friday.

Liu Pengyu, a spokesperson for the Chinese embassy in Washington DC, told reporters at a Friday briefing that China produces more than enough vaccines for its domestic market and that they are as effective as mRNA vaccines in preventing severe illness, according to a readout of the briefing the embassy sent to Insider, in response to a request for comment on the current outbreak in China.

Liu cited a University of Hong Kong study showing three doses of Sinova Biotech’s CoronaVac were 97% effective against severe illness or death from COVID-19 in those 60 years old and above.

“China has administered 3.4 billion doses of COVID vaccines for its people, covering over 90% of its population,” said Liu. “The Chinese people were able to hold out through the most dangerous time, and this fully proves the safety and efficacy of the vaccines.’

Even so, Chinese drugmakers are racing to produce mRNA vaccines against COVID-19. On Thursday, China’s CanSino Biologics reported “positive” interim results from clinical trials of an mRNA booster vaccine, the company said in an exchange filing last Thursday.

After three years of strict COVID-19 policy, Beijing abruptly rolled back its zero-COVID policy in early December, which triggered a wave of infections and deaths that’s reportedly overwhelming hospitals and funeral homes.

The extent of the outbreak in China is not clear because Beijing has stopped publishing COVID case numbers since December 25. Beijing has officially reported about 30 coronavirus deaths since the country U-turned on its zero-COVID stance last month.

But Airfinity, a UK health data company, estimated on December 29 that around 9,000 are dying from COVID each day in China.