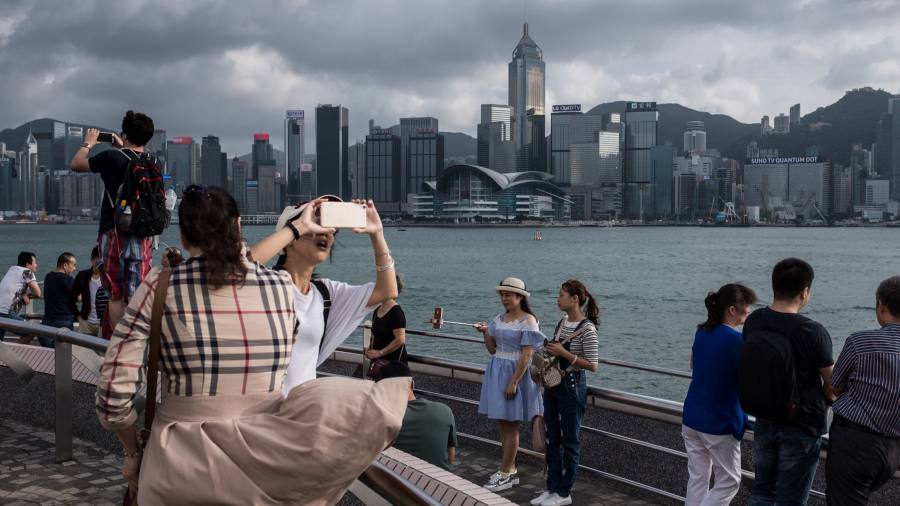 ‘There is a lot of pent-up demand’: world awaits return of Chinese tourists


As China reopens to the world for the first time in almost three years, 24-year-old May Liang is wasting no time in planning her first trip.

The student, based in the city of Nanjing, hopes to travel to Hong Kong as soon as this month and has already budgeted Rmb5,000 ($730) for high-end cosmetics.

“I miss the streetscape, vibe and food so much,” she said. “Beauty products sold in Hong Kong still have a competitive edge in terms of prices. I trust their authenticity more than that of those sold on Chinese ecommerce platforms.”

Since early 2020, the world’s largest tourism population has been cut off from the world by China’s apparatus of zero-Covid restrictions that included mass-testing, lockdowns and quarantine for arrivals.

This weekend, as Beijing finally dismantles the last of those measures, that is set to change. Around the world, airlines, hotels and luxury businesses are bracing for the return of tens of millions of tourists and their hundreds of billions of dollars — though experts suggested the revival could take months to fully gather pace.

May’s travel visa to Hong Kong, which reopens its shared border with China on Sunday, expired in 2019, and she had been unable to renew it while services were suspended during the pandemic, reflecting wider obstacles to travel from the closed-off country. China had “strictly limited” outbound travel in an effort to prevent its residents from returning with the virus.

In 2019, before the coronavirus pandemic, 155mn Chinese people travelled abroad and spent $255bn, according to analysts at Citi, who projected a solid recovery in the first quarter of 2023 and mass return of tourism in the second.

The earliest impact is likely to be felt in Hong Kong, where tourism accounted for 4.5 per cent of the economy in 2018. The city’s government has unveiled a quota of about 60,000 daily arrivals in each direction when it reopens the border on Sunday.

Mainland tourists’ taste for luxury goods was also the lifeblood of Hong Kong’s floundering retail sector, which forfeited its crown of the world’s most expensive retail district by rent to New York’s Fifth Avenue last year, according to real estate consultant Cushman & Wakefield.

For major global destinations such as Europe and the US, limited commercial flights and a backlog of visa applications mean that the impact of China’s reopening could take some time to materialise. The China Outbound Tourism Research Institute estimates 18mn Chinese tourists will travel internationally in the first half of the year, followed by 40mn in the second.

“There is a lot of pent-up demand from the Chinese to travel but the problem is how agile are we going to be in accommodating them by issuing visas and creating extra flight connectivity,” said Eduardo Santander, chief executive of the European Travel Commission.

Harrods, the London luxury department store, is buying clothing stock designed for a Chinese fit for the first time since 2019. Michael Ward, managing director, pointed to the lack of flight availability as an early impediment but predicted an acceleration later this year.

“We are talking very significant numbers if Chinese tourists return,” he said. “Our outlook has improved two-fold: it allows us to go back into the country to talk to high net worth individuals and it allows us to get back old friends that we haven’t seen in the UK for years.”

In Japan, where Chinese tourists accounted for 30 per cent of overseas arrivals before Covid, their return will be critical to hitting a $37bn annual target for the industry. Some traders have linked the yen’s recent strengthening from recent multi-decade lows to retail investors betting on an influx of Chinese tourists revitalising buying patterns.

But with Japan joining countries including the US, UK, France, Italy and Spain in imposing border controls and compulsory testing on visitors from China, analysts said it could take up to two years for arrivals to regain pre-pandemic levels.

“We are starting to see the return of wealthy Chinese customers but we don’t expect the kind of explosive buying of cosmetics that we saw in the past,” said an Isetan Mitsukoshi spokesperson.

In the US, where China was one of the biggest sources of inbound tourists pre-pandemic, companies have also yet to fully prepare. Expedia, the travel website, said searches for flights from China to the US had climbed 40 per cent following Beijing’s decision to remove inbound quarantine rules last week, while inquiries in the other direction doubled.

The speed of the policy reversal, which came even as China is engulfed in its worst outbreak of the pandemic, surprised onlookers. Michael Yu, a 30-year-old office worker in Shanghai, had already been arranging a September trip to Italy for a wedding in November, despite the restrictions then in place.

“At that time, predicted that the reopening would happen in the first half of 2023, but I didn’t expect it to be so soon,” Yu said. In many cases, enforcement of zero-Covid rules was effectively dropped after the relaxation was announced, long before the Sunday deadline.

When Zhao Xiaoou, a 26-year-old masters student in Zurich, flew back to Shanghai this week after nearly a year and a half abroad, the quarantine rules were still in place, but he managed to avoid being locked up. Police and airport staff weren’t particularly bothered, he said. It was only the hotel — an industry that has itself suffered from the lack of tourism — that was still trying to enforce it.

“The hotel [wanted] a bit of extra income wherever they could get it,” he said.