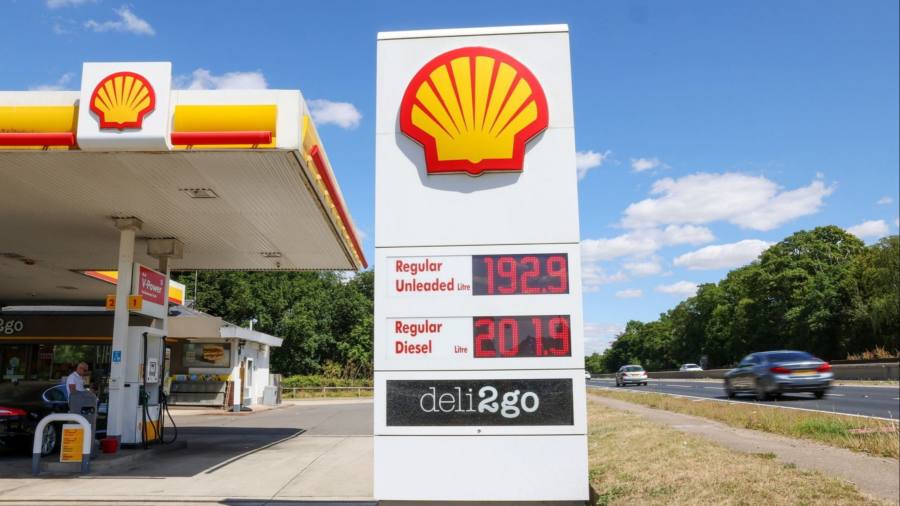 
Shell expects a hit of almost $2.4bn as result of windfall levies in the EU and UK for 2022, implying it will pay UK tax for the first time since 2017.

The oil major said on Friday that it expected earnings to be hit by $2bn in the fourth quarter because of changes introduced in the EU and the UK since September to capture some of the windfall profits oil and gas companies have been making from high commodity prices.

This would be on top of a $360mn impact already disclosed to investors in its third-quarter results in October, bringing the total accounting hit arising from EU and UK windfall taxes in 2022 to nearly $2.4bn.

However, the company clarified that the amount it pays out to EU and UK authorities would be different because of its ability to use historic losses and investment allowances to reduce its tax bill.

Shell said the $2bn impact would be reported as “identified items” in its fourth-quarter accounts, due to be released on February 2, and so would not affect its adjusted profits for the period. It would also have a “limited” cash impact on the quarter given the expected timing of payments, the company said.

Shell did not break down how much of the liability was due to the UK’s windfall tax — known as the energy profits levy — and how much was from the EU’s so-called solidarity contribution, both of which are designed to ease the pain of high commodity prices on hard-pressed consumers.

Nevertheless, the disclosure, made in a fourth-quarter trading update released on Friday, implies the oil company will pay tax in the UK for the first time in five years. In recent years the company has received tax refunds on investments made in the UK North Sea and decommissioning activities, which have been higher than any tax owed.

Shell’s former chief executive Ben van Beurden in October appeared to invite governments to increase windfall taxes on the company, when he argued the industry should “embrace” higher levies to support households that were bearing the brunt of high commodity prices.

Van Beurden, who led Shell for nearly a decade, was replaced at the start of the year by Wael Sawan, previously the company’s head of gas and renewables.

The UK in November raised its energy profits levy, initially introduced by Rishi Sunak when he was chancellor, by 10 percentage points, taking the aggregate headline tax rate on oil and gas producers to 75 per cent.

The European Commission expects to raise a total of €25bn from the bloc’s solidarity contribution, introduced in September, but the policy is facing a legal challenge from US oil major ExxonMobil.

This article has been amended to reflect that $2.4bn is the hit expected by Shell to its accounts from windfall levies, not the exact level of the taxes themselves

Nasdaq On the Brink of a Larger Collapse? Watch This Support