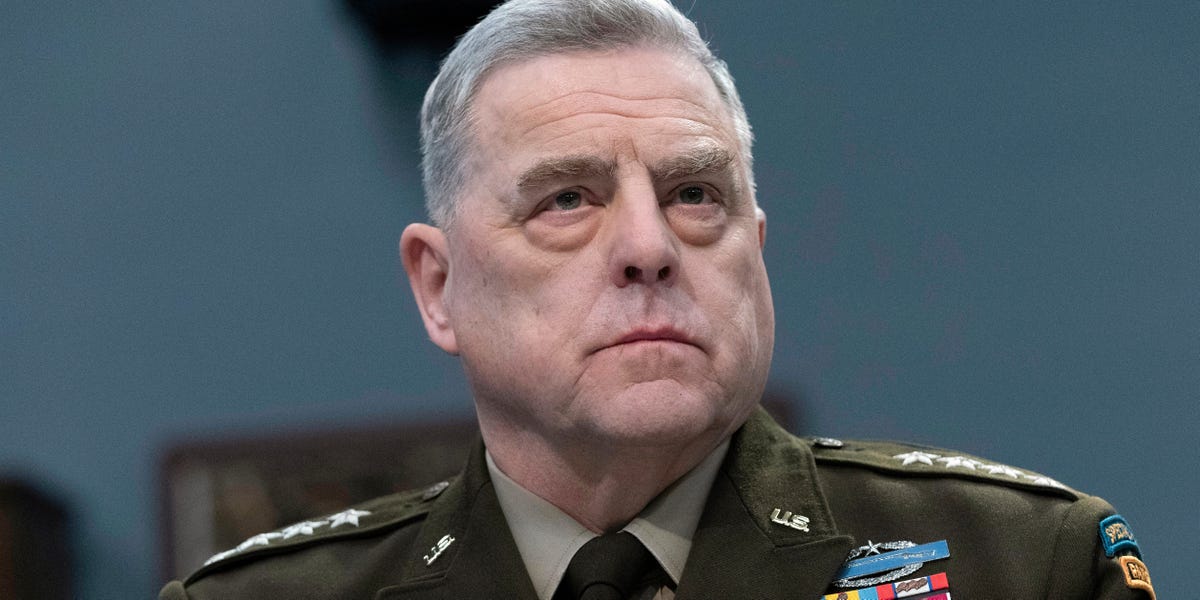 Gen. Mark Milley said he had calls with counterparts in up to 60 countries during the months after the 2020 election to assure them the US was stable, according to testimony released by the January 6 committee.

Milley, the chairman of the Joint Chiefs of Staff, has served as the top military adviser to the president since 2019. The House Select committee investigating the Capitol riot released his testimony, taken on November 17, 2021, on Sunday among a trove of documents.

Milley told the committee his calls with White House Chief of Staff Mark Meadows and Secretary of State Mike Pompeo increased after the election. He said he used the calls to promote a peaceful transfer of power and to report to them what he was seeing overseas, as then-President Donald Trump refused to concede the election and spread false claims about widespread fraud.

“Because internationally, post-election, there was great concern on the stability of the United States Government,” Milley said, according to the transcript, adding, “I was consistently talking with my foreign counterparts.”

Milley noted that his calls to his counterpart in China made during the final months of former President Donald Trump’s presidency have been widely known. But he said he also made “50 or 60 phone calls to other counterparts” during that time.

“There was a lot of effort to calm waters, to make sure that people overseas understood that, you know, the normal puts and takes of democracy, and this is a stable government, we’re not going to do something crazy and all that,” he said. “That took a degree of effort.”

Milley added that the theme of the calls was “steady in the saddle, safe landing, peaceful transfer of power, all of that.”

Milley’s testimony also included other revelations, including that there were talks during the Trump administration about retaliating against retired military officers who were publicly critical of the president. He noted there had been several op-eds written by retired officers that were “very critical of then President Trump.”

“And there was actually discussions with me: Bring him back on Active Duty, court-martial him, you know, make him walk the plank sort of thing, right? I advised them not to do that, because that would further politicize, in my personal view,” Milley said.

My Suggestion For The Bitcoin Sats Symbol – Bitcoin Magazine