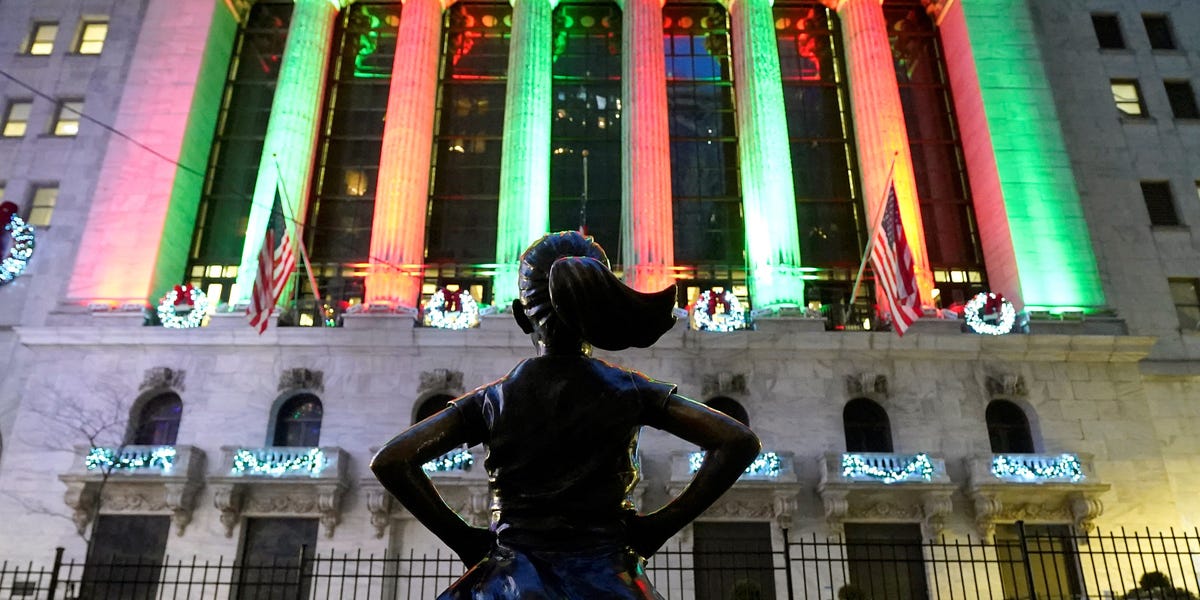 As 2023 gets going, investors are keenly searching for clues that could offer some insight into how stocks could perform over the first few months.

This week, two events could set the tone for January by showing whether the Federal Reserve wants – and will be able to – press ahead with its monetary tightening campaign without crushing the US economy.

Here’s why the release of December’s Fed minutes Wednesday and the latest US jobs report Friday could fuel the first major market moves of the year.

The US central bank raised interest rates aggressively last year in a bid to bring soaring inflation under control, boosting its benchmark rate to between 4.25% and 4.5% from nearly zero in March. The institution lifted its benchmark rate by 50 basis points in December, slowing its pace after four previous increases of 75 basis points each.

The steep rise in borrowing costs over the past year has weighed heavily on stocks, because they make holding cash in a bank account more attractive and erode companies’ future cash flows, lowering their valuations.

The Fed is set to release the minutes from its December meeting at 2PM Eastern Time Wednesday, which could offer investors some insight into whether it’ll look to press ahead with its rate hikes – or ease up on monetary tightening as inflation starts to cool toward its 2% target.

Traders shouldn’t expect any major policy shifts just yet, according to Wedbush Securities – with US inflation coming in at 7.1% in November  and a strong labor market giving the central bank scope for further rate hikes.

“The inflation genie is out of the bottle and the Fed is scrambling to get it back in by continuing its rate-hiking crusade,” strategists David Chiaverini and Henry Coffey said in a research note published Tuesday.

“While we’ve seen a slowdown in the pace of rate hikes, it does not appear a rate cut will be on the table until we start to see a significant rise in unemployment,” they added.

In 2022, the US’s white-hot labor market tended to be bad news for investors.

To recap: the Fed has a “dual mandate” to keep inflation close to 2% while also maximizing employment, and the labor market’s continued strength has given it a license to raise interest rates aggressively without having to worry about the latter objective.

The release of non-farm payrolls data at 9AM Eastern Time Friday will show how many jobs the economy gained in December – and could set the direction of travel for financial markets for the next few weeks.

Should there be any weakening of jobs data in the coming months, it could become one of the defining stories for investors in 2023 – potentially increasing the likelihood that the Fed will have to pivot from its current policy bias to support the labor market.

“Despite remaining strong in 2022, the labor market is poised to weaken in 2023, as it’s a lagging indicator of which medicine takes the longest to cure,” Interactive Brokers senior economist José Torres said Monday.

Economists expect Friday’s labor report to show that the US economy gained around 200,000 jobs last month, according to Refinitiv. That’d represent a decline from November’s 263,000 figure – but suggest that the Fed still has some scope to carry on tightening without crushing the jobs market.

Read more: The market chaos sparked by Russia’s invasion of Ukraine may finally be over, according to these 5 charts