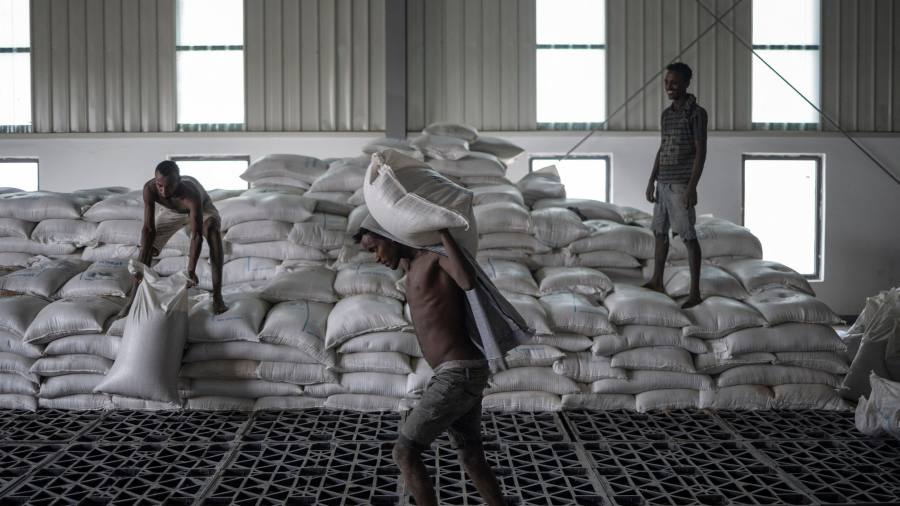 The financial architecture for global aid needs an urgent overhaul


The writer is chief executive of Oxfam Great Britain

It is a tragedy that one in 23 people around the world will be in need of humanitarian assistance in 2023. More frequent disasters, increased displacement and the lingering threat of disease, coupled with skyrocketing food, fuel and fertiliser prices, are driving the worst humanitarian crises seen in decades.

Organisations like Oxfam are doing our best to respond in regions such as east Africa, where we estimate the worst drought in 40 years means someone is dying every 36 seconds from hunger. But we operate in a humanitarian system that feels overwhelmed. Fixing the problem is not just about more money. It requires a new system for financing global public goods such as humanitarian need, and 2023, despite how gloomy things look, will be a crucial year for delivering it.

Half a century ago, rich governments created Official Development Assistance. While few have ever fulfilled their promises to set aside 0.7 per cent of gross national income to aid, and many donors don’t prioritise poverty alleviation (more UK aid money is now spent inside Britain on things like refugee reception than inside the poorest countries in the world), the $180bn or so set aside annually is a remarkable manifestation of compassionate internationalism.

But, in recent years, the system’s weaknesses have been painfully exposed. The UN’s humanitarian appeals are only ever partially met, while climate breakdown is already increasing need. Oxfam research shows that humanitarian need arising from extreme weather events has risen eight-fold since 2000. And, just last month, at the biodiversity COP, delegates from developing countries staged a walkout over rich countries’ failure to provide sufficient funding to tackle a rapid decline in global biodiversity.

We cannot keep simply relabelling existing — often dwindling — pots of money. And this is where 2023 becomes important.

First, there are growing calls to overhaul the Bretton Woods institutions to release more finance. The multilateral development banks could lend up to an additional $1tn to help countries finance their development objectives without needing new money from the shareholders that fund them. Leveraging callable capital from Washington could be the key to providing coastal defences for communities increasingly vulnerable to extreme weather. And the so-called Bridgetown Agenda to reform global financial architecture is gaining momentum. A summit co-hosted by the prime minister of Barbados, Mia Mottley, and French President Emmanuel Macron in June 2023 will be a key test of how much political will there is to unlock new resources.

Second, the agreement coming out of November’s COP27 to create a fund to pay for dealing with the loss and damage caused by climate change in developing countries creates an opportunity to root this finance in responsibility, something developing countries and climate campaigners have been demanding for decades. Here, too, there has been positive momentum, with countries such as Scotland and Denmark recently committing bilateral finance to address loss and damage, and the COP28 in the UAE at the end of 2023 should aim to deliver predictable and adequate financing.

Third, just as many governments threw out the fiscal rule books when responding to the Covid-19 pandemic, and then to rising energy prices, there is now a chance to design bold new solutions for financing global public goods. Whether it is a windfall tax on fossil fuels, or the re-emergence of calls for “Robin Hood” taxes, there are some interesting ideas in the mix, as well as opportunities for actors in the private sector to show leadership where governments seem unable or unwilling.

Developed countries need to wake up to the fact that dealing with reform of the global financial architecture is less about charity and more about responsibility — and of course enlightened self-interest. The current situation in which we find ourselves competing to catch the attention of donors with dwindling funds is unsustainable. Audacity and ambition is needed if we are to create a new, fit-for-purpose system for financing global public goods, the most urgent of which is meeting rising humanitarian need.