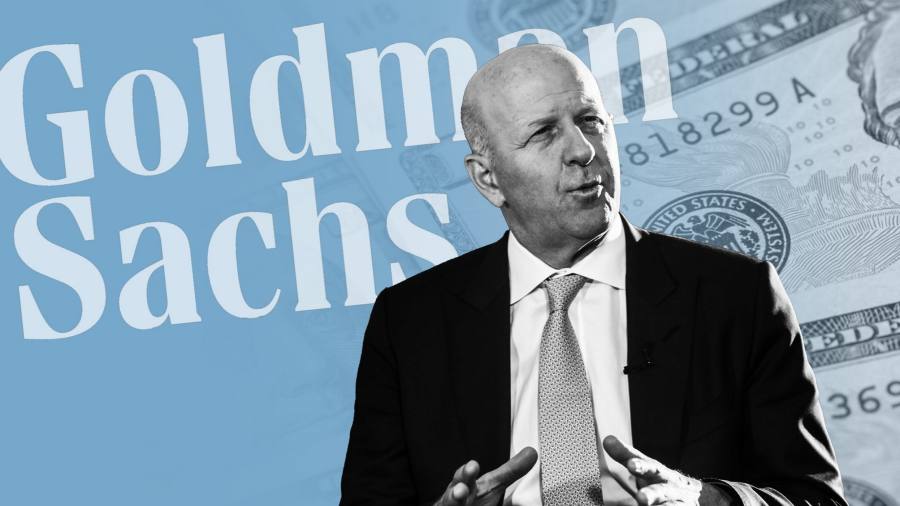 Goldman Sachs is preparing for an imminent cull of its workforce, chief executive David Solomon has told staff, as the bank looks to reverse a recent expansion drive and scale back its ambitions in consumer finance.

“While discussions are still ongoing, we anticipate our headcount reduction will take place in the first half of January,” Solomon said in a year-end voicemail message sent to many of the group’s 49,000 employees.

“There are a variety of factors impacting the business landscape, including tightening monetary conditions that are slowing down economic activity,” he added. “For our leadership team, the focus is on preparing the firm to weather these headwinds.”

Solomon’s bleak message, first reported by Bloomberg, underscores how far the bank’s fortunes have sunk in the year since he presented record 2021 results to shareholders and staff enjoyed blockbuster bonuses.

Profits at Goldman’s investment bank have since dropped, it has begun reversing an expensive push into retail banking and has faced a string of damaging accusations about the treatment of female employees

1. White House feels optimistic about US economy A top adviser to the US president has said the US economy can still nail a “soft landing” as the large-scale government investments enacted by Joe Biden help buoy the labour market in the months and years ahead. Heather Boushey, a member of the White House’s Council of Economic Advisers, told the FT that although there were “challenges”, new legislation would be “pushing in the other direction”. Read the full story.

2. Negative Covid tests required for China travellers The US is to require negative Covid-19 tests for air passengers travelling from China as countries rushed to impose restrictions after the abrupt end of Beijing’s zero-Covid containment policy resulted in a surge in cases. The measures are intended to “slow the spread” of the virus in the US following the surge in China and are being implemented because of “the lack of adequate and transparent epidemiological and viral genomic sequence data being reported from” Beijing, the Centers for Disease Control and Prevention said in a statement.

3. ‘Moron premium’ looms over the UK economy The damaging effects of Liz Truss’s radical economic experiment are still being felt in the UK, more than two months after she resigned as prime minister, writes our economics expert Chris Giles. Find out what they are.

4. Exxon sues EU to block new windfall tax on oil companies ExxonMobil is suing the EU in a bid to force it to scrap the bloc’s new windfall tax on oil groups, arguing Brussels exceeded its legal authority by imposing the levy. The lawsuit is the most significant response yet against the tax from the oil industry, which has been targeted by western governments amid a surge in energy prices following Russia’s invasion of Ukraine.

5. Silicon Valley staff in race to offload shares Silicon Valley workers are scrambling to offload stakes in tech start-ups through private share sales after a wave of job cuts, compounding a collapse in valuations. Employees of embattled tech groups are flooding secondary markets — where stakeholders in a private company sell shares to third parties — as the industry’s former darlings like Klarna and Stripe have been forced into aggressive cost-cutting measures, according to brokers and investors.

Home Depot chief: ‘The woke people have taken over the world’ Bernie Marcus, the 93-year-old co-founder of DIY chain Home Depot, has a long list of potential obstacles to entrepreneurial success in the US today. It includes human resources executives, government bureaucrats, regulators, socialists, Harvard graduates, Harvard MBAs, lawyers, accountants, Joe Biden, the media and “the woke people”. Find out why he’s worried about capitalism.

China begins to reopen after three years of isolation While China is being hit by an unprecedented wave of Covid-19 cases, the world’s second-largest economy is starting to show signs of coming back to life, and an outgoing tourism boom is predicted. However, the prospect of an influx of Chinese travellers potentially carrying the virus — as well as possible future variants — has already led countries including the US, Italy, Japan and India to institute testing requirements for Chinese arrivals.

As the year reaches its close, we are sharing some of our most-read stories across different sections of the FT. Today we highlight our most-read world news story.

Earlier this month, US government scientists made a breakthrough in the pursuit of limitless, zero-carbon power by achieving a net energy gain in a fusion reaction for the first time. The FT’s Tom Wilson was first to break the news.

Thanks to readers who took yesterday’s poll. Fifty-nine per cent of respondents said they felt they were more productive at home than in the office.

The past 12 months in cinema have brought a Tom Cruise megahit, Oscar shocks (and that was just the ceremony), and dissident voices from Russia and Iran. In the world of film, 2022 was a year of comebacks, flops and arrests. Explore FT critic Danny Leigh’s top 10 films of the year.