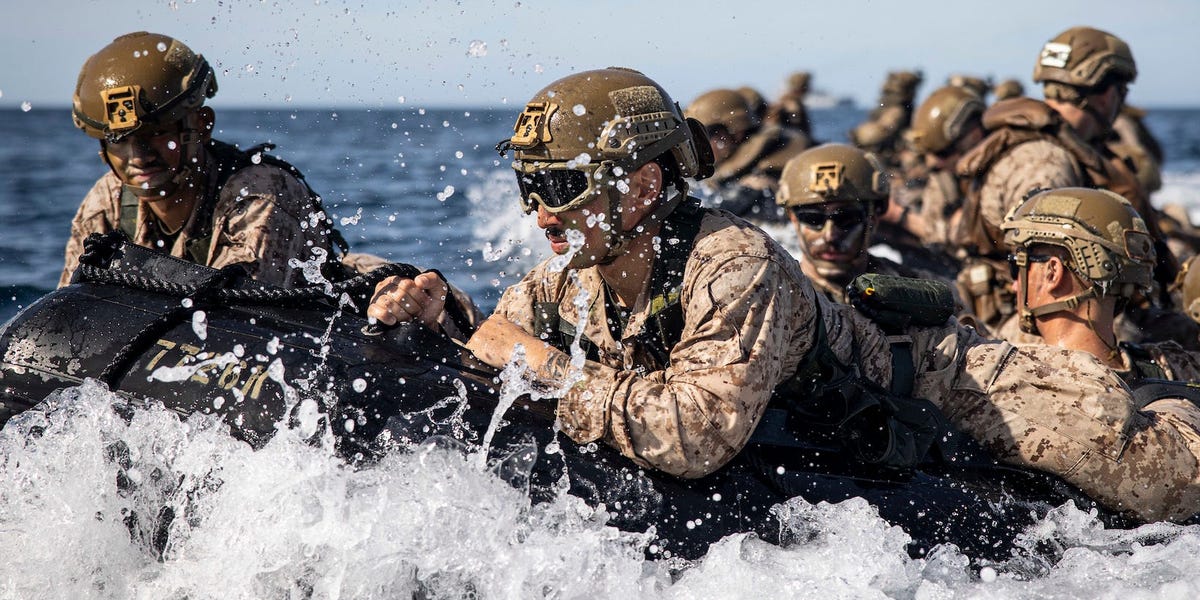 The US military will have a “transformative” year in Asia in 2023, a top defense official said this month, continuing the Biden administration’s efforts counter what US officials say is China’s destabilizing influence on the region’s security.

The administration spent its first two years working to bolster US relationships in the Indo-Pacific, but expanding the US military presence is likely to run into both logistical challenges and the political sensitivities of countries that are wary of backlash from of their bigger neighbor, China.

The Obama administration announced plans for a “pivot” to Asia in late 2011, but that shift was waylaid by wars in the Middle East and Europe and by the Trump administration’s often antagonistic stance toward the region.

Since taking office, the Biden administration has unveiled major initiatives focused on improving the US’s diplomatic, economic, and security presence in the Indo-Pacific — the latter of which will see notable changes next year, according to Ely Ratner, the assistant secretary of defense for Indo-Pacific security affairs.

“It is no secret that the US forward presence in the region has historically remained predominantly in Northeast Asia, predominantly at major operating bases,” Ratner said at the American Enterprise Institute on December 8.

Ratner said the administration agrees with calls for “a more mobile, lethal, diversified posture in the region” but stressed that such changes require years of “hard government work.”

“It’s not something that you flip overnight,” Ratner added. “That said, I think it is fair to say that, in my view, 2023 is likely to stand as the most transformative year in US force posture in the region in a generation.”

The 2011 “pivot” did lead to changes in US military posture in Asia, including basing of US warships in Singapore and US Marine Corps deployments to northern Australia, both of which continue today.

The US and the Philippines also signed the Enhanced Defense Cooperation Agreement in 2014, allowing extended deployments of US troops, though implementation was delayed by tense relations under President Rodrigo Duterte, who left office in June.

Those changes required “years of really hard work” by US officials, Ratner said, adding that such work has continued, citing the AUKUS agreement with Australia and the UK, a recent agreement to accelerate and expand EDCA projects, and an announcement this month about plans to increase the US military presence in Australia.

“We’ve been getting after that over the last couple of years, and I’m hopeful that we’re going to start seeing the fruit of those efforts bearing quite soon,” Ratner said. “I think folks are going to be quite satisfied with the results that are going to be rolling out throughout 2023.”

Sending more US troops to the region may not be transformative on its own, as many likely won’t be permanently assigned there, said Stacie Pettyjohn, director of the Defense Program at the Center for a New American Security, a think tank.

“A simple bean count does not capture whether these forces are truly combat credible and notably improve the United States’ ability to defeat aggression,” Pettyjohn told Insider.

“The number-one thing that would transform the region is making actual investments in infrastructure and facilities at new locations so that they can support distributed US operations and prepositioning equipment that American troops can unpack and use if they are deployed,” Pettyjohn said, citing projects at northern Australian bases that will be used by the US Air Force, Navy, and Marines.

The 2023 National Defense Authorization Act, signed into law this month, authorizes funds for military construction projects throughout the Pacific, including at major US bases and smaller outposts, such as Tinian in the Northern Mariana Islands, a US territory.

“In particular, I’d like to see these improvements happen in the Philippines and some locations in the South Pacific like Palau or Papa New Guinea,” Pettyjohn said. “It would also be significant if Japan allowed US forces to have access to new bases even if this is just for temporarily deployments.”

US military branches are working on their own initiatives — such as the US Air Force’s agile combat employment — to enable their forces to operate in a more dispersed manner across the Pacific. Pettyjohn said training for those needed to be done on a larger scale and across services, as well as with allies, in order to be “a strong deterrent.”

Some allies and partners have been receptive to US interest in increased defense cooperation. Japan and Australia are working more closely with the US and with each other. Other countries have sought more training with the US military or, in the case of Palau, to host US forces.

The new Philippine government is pursuing deeper defense ties with the US because of China’s “uncompromising position” on South China Sea disputes and because of a growing recognition that a war over Taiwan “would almost certainly spill over” into the Philippines, said Drew Thompson, a visiting senior research fellow at the Lee Kuan Yew School of Public Policy in Singapore.

Southeast Asian countries, including US ally Thailand, and Pacific Island states have been more cautious, however.

Leaders in Southeast Asia, geographically and economically close to China, are reluctant to be seen as choosing sides, and Pacific Islanders are wary of a great-power competition that they believe overlooks their most pressing issues, chiefly climate change.

The administration has made overtures to both regions on its own, with several trips by senior officials to Southeast Asia and the first-ever US-Pacific Island country summit in September, and with partners, including a maritime-domain-awareness project announced at a summit with leaders from Australia, Japan, and India that is seen as a response to longstanding security concerns among Southeast Asian and Pacific Island states.

There are opportunities for the US “to expand its access and deepen relationships” in both Northeast and Southeast Asia, said Thompson, a former US Defense Department official, but US leaders will have to reckon with the limits of those partnerships, especially in Southeast Asia.

Countries there are “generally welcoming” of the US’s military presence, Thompson said, “but they are as a group uncomfortable at the prospect of a US-China conflict over Taiwan, are wary of US expectations in terms of posture and access in the event of a conflict, and they are certain that China will retaliate against them should they be seen as siding with the United States.”