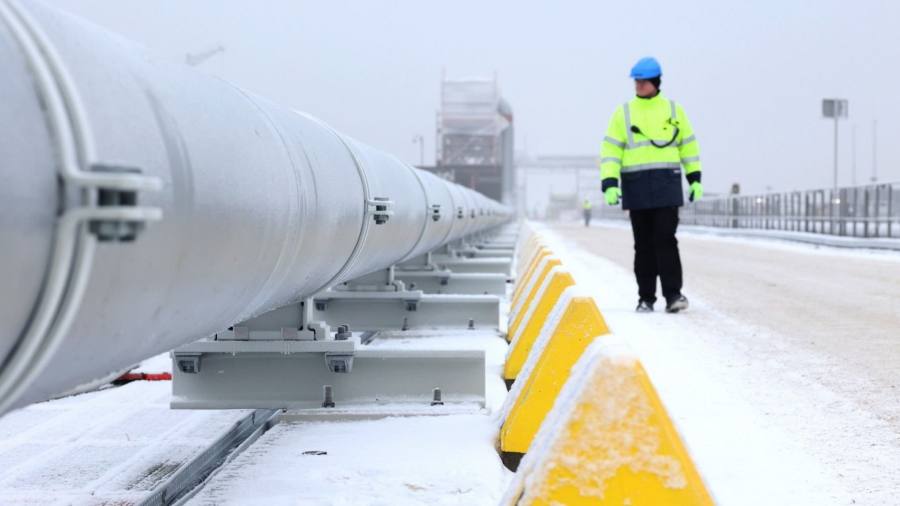 The eurozone economy is set to shrink next year as high inflation and potential energy shortages drag down output and trigger a reversal in the fortunes of the labour market, according to a Financial Times poll of economists.

Almost 90 per cent of the 37 economists surveyed by the FT said they thought the single currency zone was already in recession and the majority forecast gross domestic product would contract over the whole of next year.

“Gas markets in Europe remain a key risk,” said Chiara Zangarelli, an economist at Morgan Stanley. “Additional supply disruptions, or a particularly cold winter, could lead to renewed tensions and prices rising again, forcing another round of adaptation and demand destruction.”

Most economists said they thought Europe was past the worst of its energy crisis, sparked by Russia’s invasion of Ukraine. A mild autumn allowed natural gas storage facilities to remain near full capacity.

However, many fear the prospect of energy rationing could return next year, particularly if this winter is unusually cold, depleting supplies, or if gas flows from Russia are reduced further during 2023.

“The tail risk of gas rationing has likely been avoided for this winter, but the question of energy supply for the next winter is still open,” said Sylvain Broyer, chief economist for Europe Middle East and Africa at S&P Global Ratings.

Three more stories in the news

1. UK banks to ease pressure on mortgage holders Some of the UK’s largest banks, including HSBC, Barclays, Lloyds Banking Group and NatWest, have agreed so-called forbearance measures with the government to help struggling borrowers as they brace for a surge in late mortgage payments.

🎧 New year, new finances: resolutions for 2023 The new year is a perfect time to rethink and reorganise your financial affairs but where should you start? On this episode of the Money Clinic podcast, host Claer Barrett and her guests share advice on how to keep to your new year’s financial goals.

Services companies split on homeworking after Covid FT research shows how financial services companies with UK operations diverge in their attitudes to homeworking. While some — including PwC, BlackRock and Aviva — are asking staff to come in two or three days a week, others — such as Deloitte, EY and Axa — are open to more flexible approaches.

As the year reaches its close, we are sharing some of our most-read stories across different sections of the FT in 2022. Today we highlight our most read opinion story.

Early in the year, private sector polls showed that a majority of employees wanted to keep working from home, at least part of the time. But Camilla Cavendish asked, what if it is not actually that good for us, or those we work for?

Who are the FT’s crossword compilers? Our band of setters are a breed few know much about. Below, compiler James Brydon shares a little bit about himself.

Walk us through your compiling strategy: I always start with trying to find good clues for long answers, preferably avoiding anagrams as they are the easiest kind of clues to construct. At first, I look for good ideas: misdirection, striking images, funny ideas, etc. Then, as a believer that crosswords are not simply a riddle but have technical and aesthetic qualities as well, I will spend time polishing the clues, aiming for accuracy, elegance and succinctness.

Any advice for solvers? A crossword is like a garden path sentence, so the trick for solving is to isolate individual words in the clue and work out how their meanings might be different from how they appear in the surface reading.

The clue you wished you had written: Where to start? I like this one from Arachne in The Guardian: “Two idiots stripped Mini’s bumpers off” (9). Read on to find out the answer. Try out the FT’s latest crossword puzzles here.