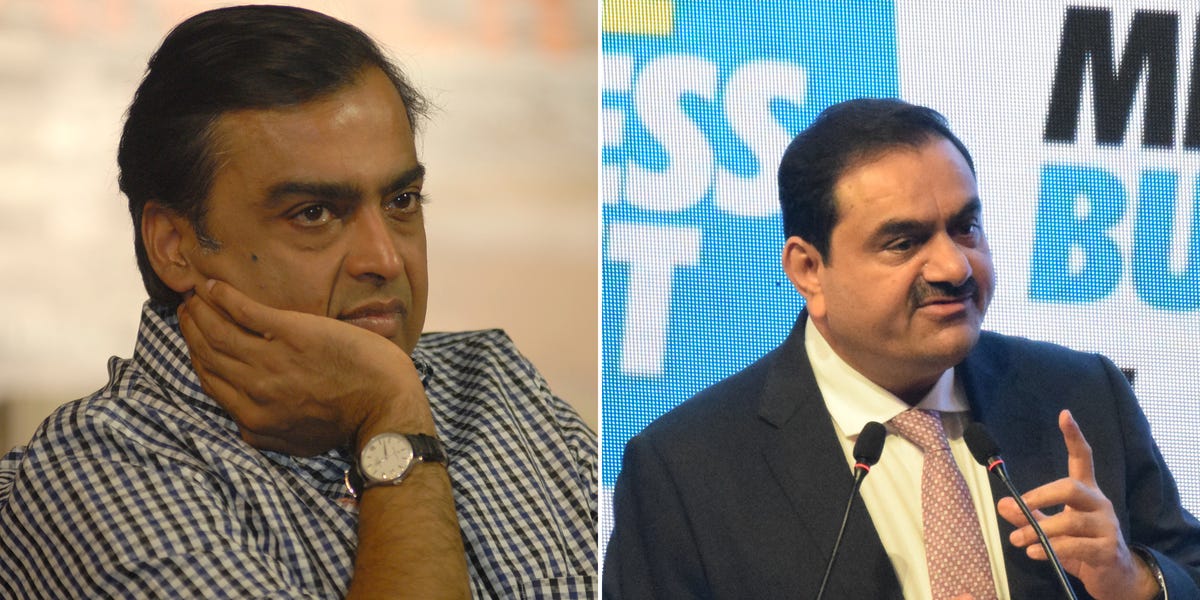 
Ambani’s family lives in a 27-floor mansion replete with helicopter pads, a snow room, and a garage for 168 cars.

Ambani’s home, fleet of luxury vehicles, family events, and vacations have been the subject of vast public scrutiny.

He and his family live in Antilia, a 400,000-square-foot mansion with 27 floors, three helipads, a 168-car garage, nine elevators, and a snow room, per Architectural Digest.

According to The South China Morning Post, it takes around 600 staff to run Antilia and maintain its ballroom, temple, and 50-seat theater.

The outlet also reported that Antilia is outfitted with a snow room that pumps artificial snow on demand, as well as its own ice cream parlor.

Ambani made international headlines in 2018, when it was said that the wedding of his daughter, Isha Ambani, cost around $100 million. The 600 attendees of the high-profile event included Beyoncé, Hillary Clinton, Bollywood legend Shah Rukh Khan, and Huffington Post founder Arianna Huffington.

Recently, Ambani booked his family into suites at Switzerland’s luxurious Bürgenstock Resort at around $74,000 per night in July.

Choose Bitcoin To Help Yourself, Not Others – Bitcoin Magazine

Lemons, peaches and TCM bought as protection from virus