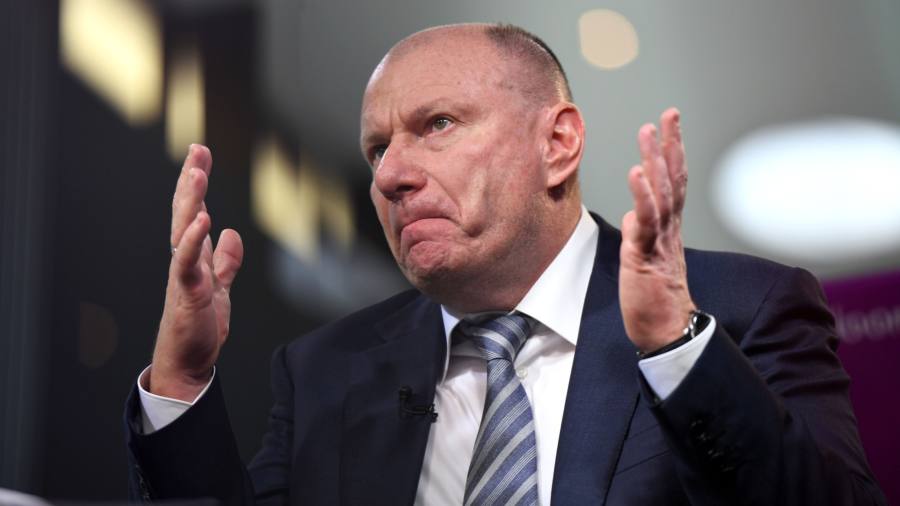 
The US has imposed sanctions on Vladimir Potanin, the nickel tycoon and one of Russia’s wealthiest oligarchs, as it took new action to punish Moscow for its full-scale invasion of Ukraine.

The US state and Treasury departments announced the decision on Thursday as part of a broader set of measures targeting individuals and businesses close to Russia’s leader Vladimir Putin.

Potanin is the largest shareholder and chief executive of Norilsk Nickel, making him one of the most prominent figures shaping global commodities markets. In its early round of sanctions, Washington had been reluctant to target the commodities sector for fear of destabilising global markets and further exacerbating supply chain bottlenecks and inflation.

The US had been particularly wary of imposing sanctions on Potanin after a similar move in 2018 targeting his rival and fellow Norilsk shareholder Oleg Deripaska caused so much turmoil that it rolled back many of the restrictions a year later. Since Russia’s invasion of Ukraine Deripaska has been one of the most prominent oligarchs to have criticised the Kremlin.

With all but a handful of Russia’s richest oligarchs under sanctions, Potanin moved to snap up prime banking assets in the spring from western companies exiting Russia and Oleg Tinkov, a fellow tycoon who had spoken out against Putin’s war.

French lender Société Générale, which had bought Russian lender Rosbank from Potanin in 2008, took a €3.1bn hit when it sold the bank back to him in April.

Tinkov, founder of financial technology group TCS, complained that Potanin had bought his 35 per cent stake a month later for only 3 per cent of its true value. Tinkov said the Kremlin had forced him into a “fire sale” after he spoke out against the “crazy war”.

One of the few original oligarchs still in business in Russia, Potanin was the architect of the “loans-for-shares” scheme in 1995 through which a small group of tycoons backed then-president Boris Yeltsin’s re-election campaign the next year. In exchange for their support, the Kremlin sold the crown jewels of former Soviet industry to oligarchs at knockdown prices in rigged auctions. 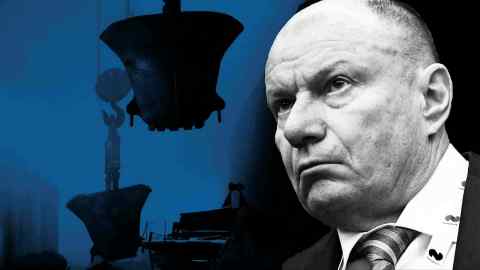 Though the oligarchs largely lost their political influence after Putin was elected president in 2000, Potanin was seen as a savvy political player despite no longer being part of the Kremlin’s inner circle.

He regularly played ice hockey with Putin, helped convince him to back a bid for the 2014 Winter Olympics and remained at the helm of Norilsk despite a long-running conflict with Deripaska, who is still under personal sanctions.

“Today’s designations . . . together with actions taken by our international partners, will further inhibit the Putin regime’s ability to fund its horrific war against Ukraine,” said Brian Nelson, Treasury under-secretary for terrorism and financial intelligence.

The US move against Potanin follows similar steps taken by the UK and Canada against the nickel tycoon, and comes amid Russia’s barrage of attacks against Ukraine’s critical infrastructure including missile and drone strikes on Kyiv, the capital.

Antony Blinken, US secretary of state, on Thursday said these attacks had caused “extraordinary death and destruction” in Ukraine. As well as targeting Potanin and his family members, the US has also imposed sanctions on a group of regional Russian officials responsible for managing the conscription of individuals mobilised to fight the war in Ukraine.

The US has also imposed sanctions on 17 subsidiaries of VTB, the Russian bank it hit with sanctions early in the war, and five members of the board of state-owned Russian Railways.

VTB said the move was a “politicised decision” that would “not really affect our work”.

Thousands of Christmas Eve Flights in US Canceled, Delayed in Storms

The Mighty Amazon Has Fallen. Can it Recover?