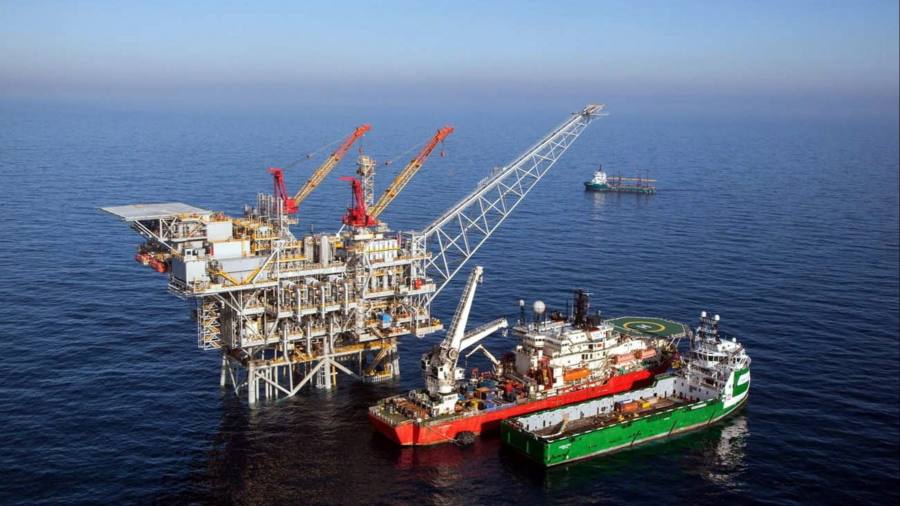 This article is an on-site version of our Moral Money newsletter. Sign up here to get the newsletter sent straight to your inbox.

Visit our Moral Money hub for all the latest ESG news, opinion and analysis from around the FT

Greetings from London, where the festive season involves much overstuffing of both stockings and bellies.

As our reporters’ notebooks are also starting to burst at the seams, our final edition of the year has an extra story thrown in.

“‘Green-bragging’ has been swapped for ‘green wish-washing’,” Patrice Hiddinga, a strategy adviser for chief executives, told Moral Money yesterday when we asked him about the year ahead. “The competitive ‘rap battles’ of green claims we used to see at Davos or the UN are no longer fashionable.”

Chief executives anxious not to be caught out by regulators or politicians in 2023 could move away from bold claims and revert to strategically vague statements such as “we believe in a greener future”, he added.

Thankfully it is harder to prevaricate with data than with words. To start with, I estimated how much direct upstream oil and gas business British banking giant HSBC did in 2022*, after it announced what seemed like a mostly symbolic ban on investments in and financing of new fossil fuel extraction projects for 2023.

Read on too for Tamami’s piece on a dazzling year for public-private partnerships in Asia and Africa — highlighting how the financial opportunities of the transition to renewables are only getting juicier. Plus we crunch shareholder voting numbers to analyse what those either side of the Atlantic want from the companies they invest in.

With that, Moral Money has nearly emptied its reporter’s notebook for the year and is — whisper it quietly — preparing to log off. The six months since I joined the FT have been a remarkably tumultuous time for green finance. See you bright and early on January 4. (Kenza Bryan)

The difficulty with apparently virtuous decisions such as HSBC’s move to cut direct ties with new upstream oil and gas projects last week is that the exact size of its exposure to fossil fuel producers is not public knowledge.

The FT’s Emma Dunkley and I reported the decision was “symbolic”, given that on aggregate banks mostly finance oil and gas by backing the parent company rather than just the project. HSBC’s head of sustainability Céline Herweijer refused to share a ballpark figure when asked.

But a list of deals HSBC has struck in the past year, compiled by IJGlobal, a financial data provider specialising in energy and infrastructure, and seen by the FT, describes five “upstream” oil and gas transactions in 2022, with a total value of $9.95bn.

Of course, the five deals account for a just portion of the bank’s relationship with oil and gas companies. At least 91 per cent of fossil fuel financing globally by banks came from finance not tied to specific projects, according to the Rainforest Action Network, and only 4 per cent was from project finance (the type HSBC is now seeking to limit, and which the UK’s Lloyds also ruled out last month).

And it is not clear if deals of this kind in 2023 would fit the bank’s exclusion policy for “new” and “project” financing.

But the scale of HSBC’s exposure suggests last week’s decision could lead to a significant redrawing of the bank’s relationships with energy majors.

“Time will tell how strictly HSBC will implement their new oil and gas policy and how much business they are willing to sacrifice in 2023,” said Beau O’Sullivan a senior strategist for Bank on our Future. “If they want to avoid accusations of greenwashing and be a climate leader the bank will reject all deals of this sort.”

All eyes will now be on HSBC’s green financing target of up to $1tn by 2030, and whether it can make up for lost business by successfully pivoting to renewables.

HSBC declined to comment. Its new energy policy acknowledges that “fossil fuels, especially natural gas, have a role to play in the transition, even though that role will continue to diminish”. (Kenza Bryan)

A public-private deal for Vietnam

The G7 countries and the EU have offered Vietnam a $15.5bn financial package to accelerate the south-east Asian nation’s shift from coal to renewable energy.

The scheme is called a Just Energy Transition Partnership (JETP), based on the idea that rich nations should help emerging economies decarbonise. Vietnam is the third country to participate in such initiatives, following South Africa and Indonesia.

The private financial institutions plan to share the financial tab with the donor governments and cover half of the $15.5bn package. The offer to Vietnam grew from an initial proposal of just $2bn in public funds with undefined private support, Reuters said.

It’s an important development as the scheme will help Vietnam — a growing manufacturing hub as global companies try to reduce their reliance on China — to limit the country’s coal project pipeline and hit an emissions peak by 2030.

The Glasgow Financial Alliance for Net Zero, the coalition of more than 500 institutions led by former Bank of England governor Mark Carney, has established a working group to help mobilise private capital to the ambitious scheme. The initial members of the group include Bank of America, HSBC and Mizuho Financial Group.

Matt Gray, chief executive at not-for-profit climate think-tank TransitionZero, told Moral Money that while public finance alone would not be enough, “Vietnam is understandably wary of increasing its debt burden”. The emergence of a new public-private partnership such as JETP is a piece of welcome news, but how these deals will help the global south without locking them into further debt remains to be seen. It’s a serious piece of homework for 2023. (Tamami Shimizuishi, Nikkei)

The first explicitly anti-ESG shareholder proposal was filed this year, at a US paper manufacturer’s annual general meeting.

The filing riled against what it described as “insincere green posturing” by International Paper, echoing exasperated missives from Republican officials in recent months and BlackRock’s grilling in Texas earlier this week.

The anonymous shareholder posited that IP spent too much money on climate issues and asked it to detail the costs of its voluntary decarbonisation plans. It only garnered 1 per cent of votes.

Despite this milestone, companies globally were keener than ever to discuss their climate strategies at AGMs in 2022, according to shareholder consultancy SquareWell.

Twice as many boards put climate action plans to a shareholder vote at AGMs last year than in the previous 12 months, it found, with 46 companies including the London Stock Exchange and France’s Engie submitting these to non-binding “Say on Climate” votes between January and November, compared with just 22 in 2021.

Scrutiny of these plans became more fierce. For the first time, top proxy adviser Institutional Shareholder Services recommended its global clients vote against some climate plans, after green-lighting all the ones put forward last year.

The adviser published a blueprint of what a rigorous climate action plan should look like — namely that it must include a near-term net zero target covering all types of carbon emissions, as well as a commitment not to lobby governments against decarbonisation measures.

Based on this, ISS pushed clients to vote against Swiss commodity trader Glencore’s climate plans because of its continued coal mining, and against the proposal put forward by Norwegian energy company Equinor because it failed to set a target to reduce indirect emissions.

Investors subject to the EU’s Sustainable Finance Disclosure Regulation, under which they have been encouraged to disclose increasingly detailed information about a fund’s green credentials, mostly followed ISS’s lead and voted against less ambitious plans.

For example Europe’s largest asset manager, Amundi, supported just 40 per cent of the 40 climate plans it had a vote on, compared with 95.5 per cent last year. European peers such as BNP Paribas Asset Management and Legal & General Asset Management also voted in favour of 40 per cent or fewer of their plans (with some outliers such as HSBC AM whose approval continued to hover around 95 per cent).

But US giant BlackRock supported 98 per cent of management-sponsored climate proposals, only a slight drop from the 100 per cent it voted through last year, while other large US asset managers such as Capital Group and Fidelity continued to back everything.

“European asset managers are stricter on ESG issues,” Ali Saribas, a corporate governance and activism specialist at SquareWell, told Moral Money. He put the difference down to higher levels of expertise constructed over several years: “They’ve just been exposed to these topics for a longer period of time.”

As well as voting on management proposals, shareholders also took matters into their own hands by filing a record 79 of their own climate-related resolutions in 2022. These were sometimes overambitious, such as the unsuccessful call on Credit Suisse to enshrine the need for better disclosures on fossil fuels into its articles of incorporation. (Kenza Bryan)

It is dangerous for us to obsess too much about our personal carbon footprints, argues Moral Money’s Simon Mundy in his latest FT explainer video.

How effective is your company at combating climate change? The FT and data provider Statista are compiling the 2023 editions of Europe’s Climate Leaders and Asia-Pacific Climate Leaders — two surveys listing the businesses that have gone furthest in reducing their carbon emissions intensity. If you think your company might be eligible, please click through to the Europe and Asia-Pacific calls for entries, where you can find details of how to participate.

23 Stocks With Massive Dividends for 2023