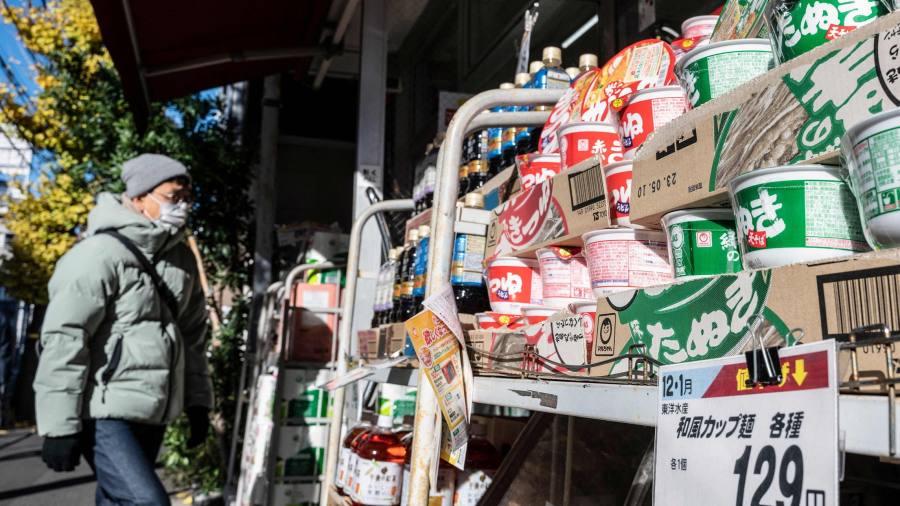 
Japan’s core inflation rose at its fastest pace in nearly 41 years in November, in data that may embolden investors looking to challenge central bank claims that it does not plan to increase interest rates.

Although still mild compared with the US and Europe, inflation in Asia’s most advanced economy gained pace on the back of a historic fall in the yen against the dollar and price rises in food and electricity bills.

Official statistics released on Friday showed that the core consumer price index, which does not include volatile fresh food prices, rose 3.7 per cent in November from a year earlier, exceeding the Bank of Japan’s 2 per cent target for the eighth consecutive month.

The rise was in line with market expectations as a wide range of companies increased prices of food and beverages from October including potato chips, cereal, beer and fried chicken.

Earlier this week, the BoJ maintained its forecast that inflation was likely to slow down by the second half of next year and stressed that it was not tightening its monetary policy as it tweaked the way it keeps a lid on long-term borrowing costs.

“Demand-driven price pressure remains preciously scarce. While further policy tweaks by the Bank of Japan are a possibility — especially under a new governor next year — it’s hard to see a fundamental shift,” said Sarah Tan, economist at Moody’s Analytics. 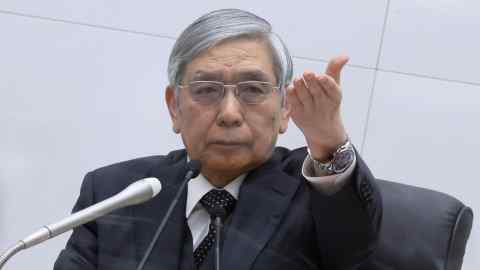 As part of an ambitious five-year plan to expand its military capabilities, the government will increase its defence spending by 26 per cent from a year earlier to ¥6.82tn in fiscal 2023.

The spending plan includes ¥211.3bn to buy Tomahawk cruise missiles from the US, ¥250bn to buy 16 of Lockheed Martin’s F-35 stealth fighters and ¥105bn for a new fighter jet programme with the UK and Italy.

The sharp increase in military spending, combined with a steady rise in social security costs to support a rapidly ageing society, has sparked an intense debate over how Japan is going to finance the budget with the country’s public debt already at more than 200 per cent of gross domestic product.

The government will issue construction bonds to fund part of the increase in military spending. Kishida has also said the government will consider other options such as increasing corporate taxes, levies on cigarettes and extending a special income tax programme that has been used to fund reconstruction of the Tohoku region following the 2011 earthquake.

For the next fiscal year, the outlays will be funded by ¥69.4tn in tax revenue, which hit a record on the back of improving corporate earnings, but the government will need to issue ¥35.6tn in new bonds.