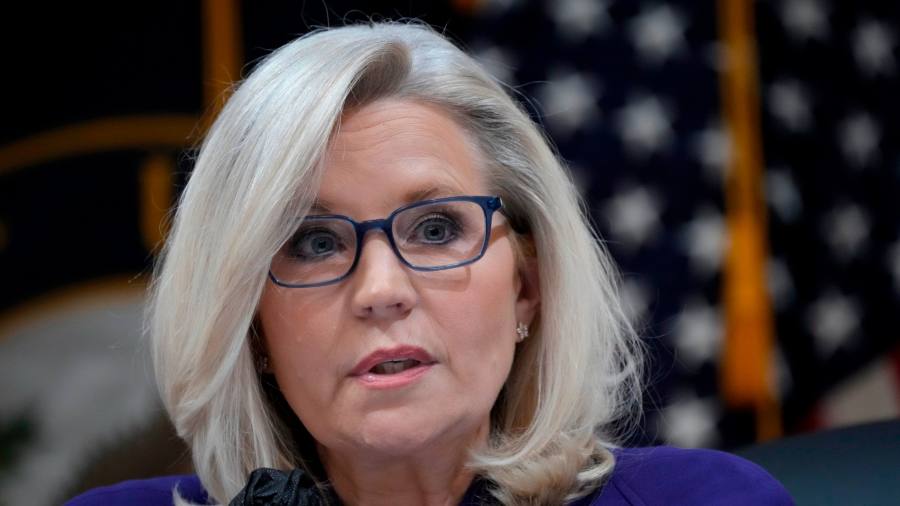 Good morning. The congressional committee probing last year’s violent attack on the US Capitol has voted to recommend that the US Department of Justice pursue criminal charges against former president Donald Trump for his role in the failed insurrection.

During its final public hearing today, the bipartisan nine-member panel unanimously said Trump should be prosecuted for assisting the insurrection, obstructing an official government proceeding, conspiring to defraud the US and knowingly making false statements to authorities.

The vote is the climax of the panel’s efforts to shed light on Trump’s complicity with the mob that stormed the Capitol in order to prevent the certification of Joe Biden’s victory in the 2020 presidential election.

“We’ve never had a president of the United States stir up a violent attempt to block the transfer of power. I believe, nearly two years later, this is still a time of reflection and reckoning,” Bennie Thompson, the Mississippi House Democrat chairing the panel, said at the start of the hearing.

“There’s one factor I believe is most important in preventing another January 6th: accountability,” he added. “Evidence we’ve gathered points to further action . . . accountability that can only be found in the criminal justice system,” he said.

The congressional panel’s final proceedings and recommendations are likely to deepen the former president’s legal woes as he mounts a new bid for the White House. The justice department, where special counsel Jack Smith has taken over the federal investigations of the former president, will make the final decision on whether to indict him.

1. Twitter users vote to remove Musk as chief executive After a backlash against banning the promotion of user accounts on competitors’ platforms, Elon Musk launched a Twitter poll asking whether he should resign as Twitter CEO. A total of 17.5mn votes were cast, with 57.5 per cent calling for Musk to step down.

3. EU energy ministers reach deal on gas price cap Despite fears that an intervention will fail to calm markets and could threaten Europe’s gas supplies, the EU has reached an agreement to cap gas prices in the bloc when they hit €180 per megawatt hour for three days. Hungary opposed the cap, as did the Netherlands and Austria, which both abstained in the final vote. Germany, also vocally against the cap, eventually agreed on the condition of additional safeguards.

4. Bankman-Fried appears in Bahamas court as US awaits extradition Sam Bankman-Fried had been resisting extradition to New York since his arrest in Nassau last week on US federal fraud and money-laundering charges related to the collapse of cryptocurrency exchange FTX. The former billionaire made a court appearance today amid expectations that he would end his opposition to being extradited.

UK nurses strike Up to 100,000 members of the Royal College of Nursing hold their second one-day strike in a week over pay. MPs on the health and social care committee will hear evidence from NHS executives and union leaders on the nurses’ strikes and ambulance delays.

Verdict on WWII war crimes trial A verdict is expected today in a case against Irmgard Furchner, a 97-year-old German woman charged with committing war crimes during the second world war.

Energy acquisition Today is the deadline set by a High Court judge for UK power supplier Octopus Energy to take over its collapsed rival Bulb.

Is the World Cup still the greatest show on earth? Gideon Rachman has been to every World Cup, bar one, since 1994. Usually his plans are met with excitement from friends, but when he said he was going to Qatar, many raised an eyebrow. Rachman reflects on the Fifa controversy, migrant and LGBT+ rights in Qatar, and the morally questionable history of the tournament.

Nouriel Roubini: ‘I hope I didn’t depress you too much’ The famously gloomy economist who warned of a 70 per cent chance of a US recession in August 2006 has more dark predictions for next year and beyond. But Roubini, nicknamed “Dr Doom”, reveals he is also upbeat about technology in this interview with Henry Mance.

How private markets became an escape from reality The rage for private investing began in the early 2000s and private channels became a way for money managers to conceal losses from clients. But now, with inflation likely to be stickier than before, we’ve entered an era of tight money, writes Ruchir Sharma, and there’s nowhere to hide.

At Christmas, airline crews are Santa’s helpers in the skies For those who work as flight and cabin crew, Christmas can be heart-warming but also bittersweet, explains British Airways pilot Mark Vanhoenacker.

The cultural predictions for 2023

For its final episode of the year, the FT Weekend podcast talks through listeners’ and editors’ cultural predictions for 2023: from dog trends to speed dating, to Twitter and what White Lotus says about our collective psyche.