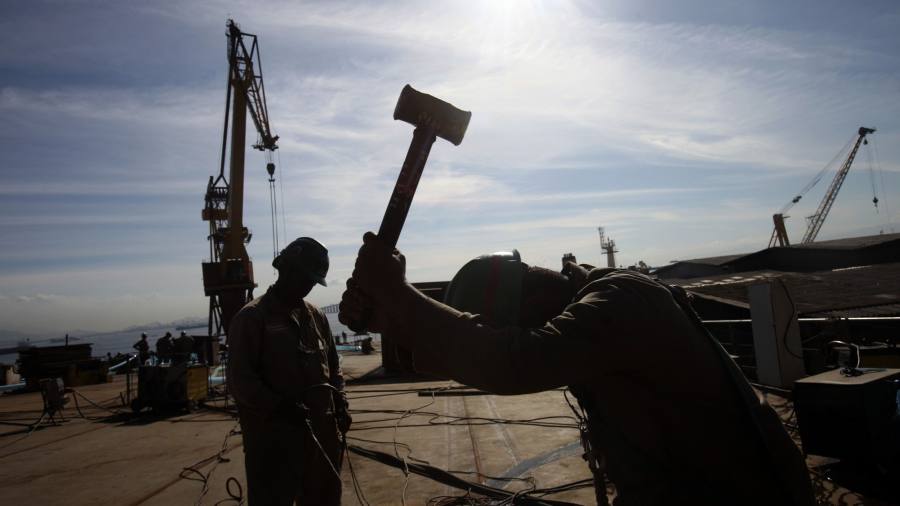 
An activist investor claiming to represent the views of nearly 30 per cent of shareholders in Edinburgh-based Capricorn Energy has demanded an extraordinary meeting to replace the company’s chair and chief executive and halt its plans to merge with an Israeli natural gas producer.

Palliser Capital, which owns 7 per cent of the shares in Capricorn, formerly Cairn Energy, said the meeting was necessary given what it called a “loss of confidence in the judgment and priorities of the current board” and a “sustained inability to execute a value-accretive corporate strategy”.

Capricorn, a gas producer with assets in Egypt, announced in September its intention to merge with NewMed Energy.

The plan to combine with the Israeli gas producer replaced a previous proposal for a $1.4bn merger with debt-laden Africa-focused group Tullow Oil, which proved unpopular with many large shareholders including Palliser.

But Palliser also opposes the NewMed deal and instead wants to distribute much of Capricorn’s £700mn in net cash to shareholders, among other steps.

The activist investor said its plan offers a “clear path” to unlocking 400p per share in value for Capricorn shareholders in the medium term. The company’s shares were trading at 253p a share in London on Monday morning.

Capricorn had said in September that the tie-up with NewMed — under which its investors would own 10.3 per cent of the enlarged group and also receive a $620mn special dividend before the transaction completes — valued its shares at 271p.

Palliser insisted on Monday that shareholders representing 28 per cent of the share capital, including its own holding, had submitted letters of intent telling Capricorn that they opposed the deal with NewMed.

Under the Palliser proposals, seven members of the existing board — including chief executive Simon Thomson and chair Nicoletta Giadrossi — would also be removed. They would be replaced by six oil and gas industry veterans backed by Palliser.

The activist campaign from Palliser will come as a blow to Capricorn’s management and board, which had been hoping for a smoother couple of years after the company in 2021 finally brought to a close a near decade-long tax battle with the Indian government.

At one stage in 2021, Capricorn had launched legal proceedings in the US to seize the planes of India’s national airline to try to force an end to the dispute, which related to a 2006 restructuring of Capricorn’s former Indian business. The battle ended when the Indian government last year offered a $1bn refund to Capricorn to settle the dispute.

Capricorn Energy said it was “considering the content and legality” of Palliser’s demands. But it added that its board unanimously reaffirmed its support for each of the directors the activist was seeking to oust and rejected the idea Palliser’s proposals were in the best interests of shareholders.

Capricorn also on Monday published a letter to shareholders arguing that without the merger with NewMed, they would likely only receive $500mn in distributions, rather than the $620mn pre-completion special dividend proposed as part of the combination.