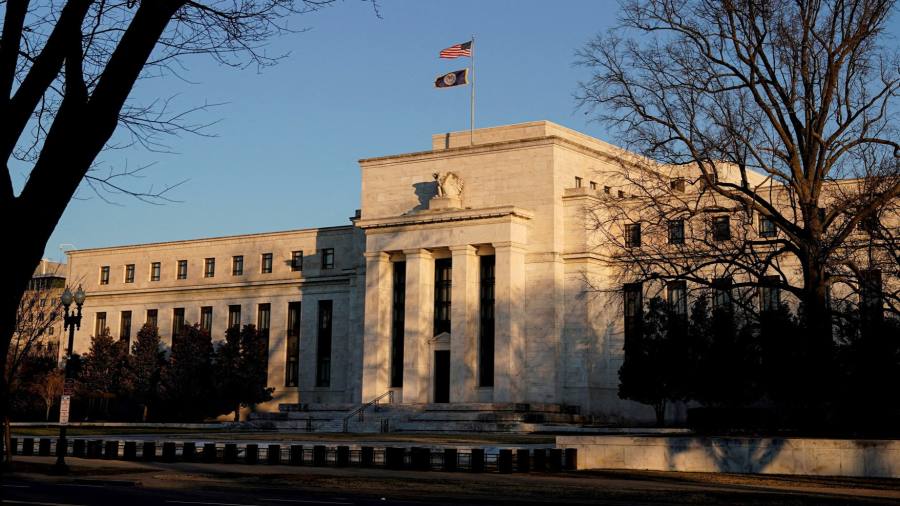 
Underlying price pressures are still mounting in most major developed economies despite the recent falls in headline inflation, indicating that central banks will have to keep tightening policy in the coming months.

Core inflation — which excludes changes in food and energy prices, and is viewed by rate-setters as a better measure of the persistence of price pressures — is accelerating in many parts of the world according to an analysis of official statistics by the FT.

Core rates were still rising in November in the majority of the 33 countries tracked by the FT and remain well above the 2 per cent level of inflation that most central bankers target.

The proportion of countries in which core inflation is rising has begun to shrink in recent months, but it remains far more widespread than headline inflation. Only a third of countries saw headline rates rise between October and November.

“There is still the potential for plenty of pain ahead,” said Susannah Streeter, senior investment analyst at asset manager Hargreaves Lansdown. “Stubbornly high prices continue to cause severe headaches for economies.”

Services inflation, another measure of the stickiness of price pressures, remains close to multi-decade highs in several major economies — including the UK, the eurozone and the US.

Policymakers have increased interest rates aggressively this year in response to the surge in headline measures of inflation, but have recently begun to scale back the size of the rises.

Last week the Federal Reserve, European Central Bank and Bank of England all chose to shift their inflation-fighting strategy from a recent pattern of interest rate rises of 0.75 percentage points down to a half point, in response to the apparent peaking of headline inflation in many countries.

Christine Lagarde, ECB president, said monetary tightening in the eurozone “still has a way to go” and that rate-setters planned to continue raising borrowing costs in 50 basis point increments in the coming months.

Lagarde also acknowledged that underlying price pressures had strengthened and would “persist for some time” — a message that was echoed by Fed chair Jay Powell and BoE governor Andrew Bailey.

Soaring energy and goods prices — a consequence of the war in Ukraine and severe supply chain disruptions during the pandemic — drove the original surge.

However rising costs have since become more broad-based, with high inflation reported in pockets of the economy that for many years have proven immune to price pressures. Wage growth, subdued in most of the world’s major economies since the global financial crisis, has also taken off — notably in the US.

With commodity prices now stabilising, headline inflation has fallen sharply in several economies, including the US, UK and the eurozone.

Measures of underlying inflation have not followed suit. The most widely-used gauge of longer-term price pressures, core inflation, remains at an all-time record high of 5 per cent in the eurozone.

Silvia Ardagna, chief European economist at Barclays Bank said that policymakers at the ECB would be “worried that we are not seeing any easing of inflation dynamics at the core level.”

In the US, services inflation is still at a 40-year high, despite a two percentage point drop in headline inflation since the summer.

“Services inflation will be crucial in determining the path for policy rates,” said Ben May, director of global macro research at Oxford Economics.

Last week policymakers at the Fed acknowledged core inflation would prove stickier than thought, revising up their estimate for next year to 3.5 per cent, from the 3.1 per cent forecast in September.

UK services inflation has also stayed elevated, remaining at its highest rate in 20 years in November, despite the easing of the headline rate to 10.7 per cent from 11.1 per cent in October. The BoE said the persistence of services inflation “justifies a further forceful monetary policy response”.

Streeter said: “Inflation may have reached the peak, but that doesn’t necessarily mean it’s a smooth downwards path from here.”

What Smart Money Is Doing with Their Short Positions