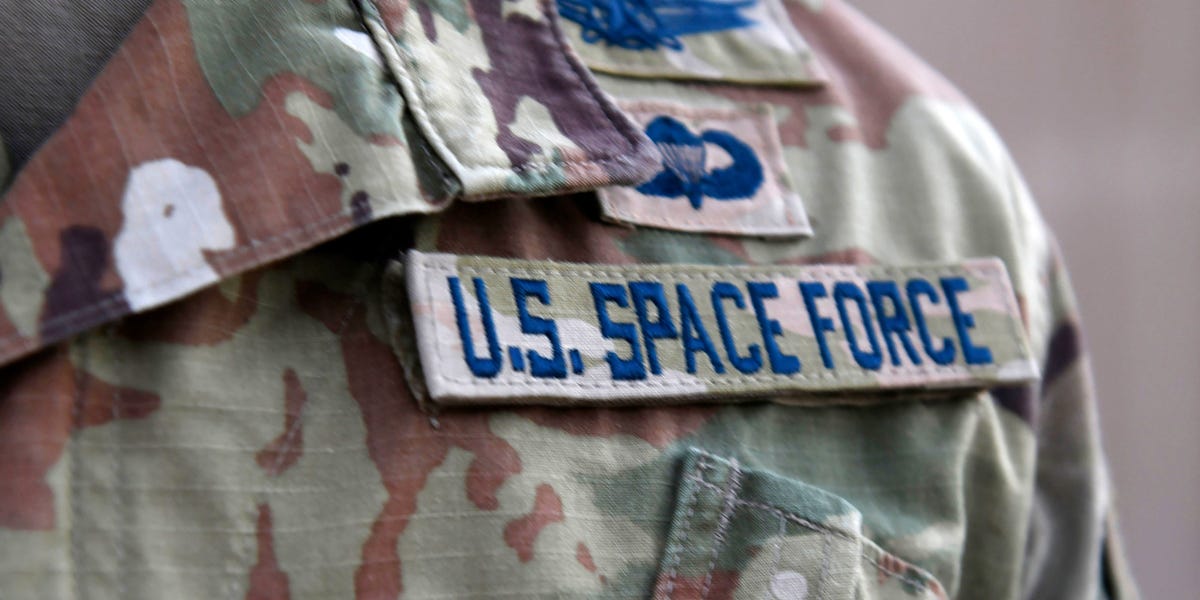 A Space Force head analyst kept his job after being investigated for misconduct at work — including wearing a chartreuse mankini in the office and storing sex toys at work — according to new documents released to Air Force Times.

Andrew Cox, while serving as director of the Pentagon’s Space Security and Defense Program, acted “like a 13-year-old boy” and created an environment unsuitable for a federal workplace, Air Force Times reported his co-workers said. His workplace antics launched a six-month investigation that substantiated reports of his misconduct and unprofessional behavior.

Cox did not immediately respond to Insider’s request for comment.

In his office, according to the report released to the Air Force Times, Cox kept a framed pair of silver, glittery hot pants and an electric green mankini that he once donned in the workplace — over his clothes — showing off to coworkers during the holiday “Bad Santa” party and displaying it more than once.

“It was chartreuse green, and he brought it out into the main area,” Air Force Times reported one person familiar with the matter said of Cox’s revealing bathing suit, popularized by the 2006 film “Borat.” “He [told us he] put it on in front of his wife and bent over and said, ‘Honey, how do you like this?'”

Cox also kept a “gag gift” silver case containing handcuffs, sex toys, and vaseline in the office, once presenting it to attendees during a meeting with subordinates. He also spoke about male genital piercings and oral sex in public, according to the report.

“Witness testimony about Mr. Cox telling subordinates to search ‘Prince Albert’ on the internet, or [to] grab someone ‘by the balls and squeeze,’ give insight into the culture [he] fostered and encouraged,” Air Force Times reported the report said.

The report detailed the 2020 investigation, which — despite his behavior reportedly making employees feel “ostracized and uncomfortable” and prompting one female employee to quit — did not result in Cox’s suspension or termination. In fact, Cox became the head of the Space Force’s new Space Warfighting Analysis Center in April 2021, continuing to earn a six-figure salary.

Representatives for the Air Force and Space Force did not immediately respond to Insider’s requests for comment.

Though Cox was not terminated, he did lose out on $27,000 in bonus pay and was no longer eligible to receive a federal award with a $40,000 cash prize. A 30-day suspension was proposed, but he received a formal letter of reprimand instead.

A culture of sexual harassment and violence has long been reported among military officials, even civilian employees like Cox. Though harassing jokes and unprofessional behavior are often dismissed, one military assault expert warned the culture created by such jokes can escalate.

In the workplace, Military Times reported a Navy Sexual Assault Prevention and Response coordinator said, a person may use inappropriate jokes to gauge a reaction to see how much they can get away with.

“They may go from a joke here to a touch there, and they just build that over time, so when the big thing happens, they were building up to that,” Military Times reported the official said. “That’s why they’re able to keep doing it, because then they know, ‘I know she’s not going to say anything. I know he’s just going to laugh.'”