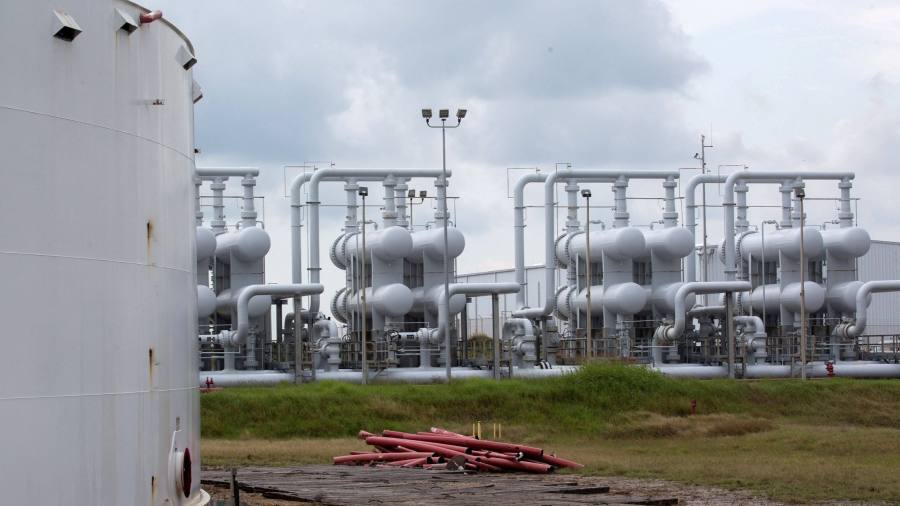 
The US government is to begin replenishing the world’s biggest emergency oil stockpile after draining it for months, saying it was moving to bolster the country’s energy security and give domestic crude producers “assurance” to drill more wells.

The decision to buy crude again for the Strategic Petroleum Reserve follows a decline in oil prices in recent weeks. It is a reversal for the administration of Joe Biden, which has aggressively sold off supplies from the reserve in an effort to drive down fuel costs and alleviate fears of global energy shortages triggered by Russia’s war in Ukraine.

The US Department of Energy said on Friday that it would “pilot” the new approach by buying back 3mn barrels of so-called sour oil “produced in the United States by United States producers”, with deliveries due in February. The price to be paid will be determined by offers from vendors later this month, with contracts to be awarded in mid-January.

Biden authorised a 50mn-barrel release from the reserve last year amid a surge in petrol prices and then in March announced an unprecedented 180mn-barrel drawdown following the Kremlin’s full-scale invasion of Ukraine. Congress had earlier mandated separate smaller releases.

Last week the SPR held just over 382mn barrels, the lowest level since the mid-1980s, according to the US Energy Information Administration.

The move comes as Biden and his officials continue to put pressure on US drillers to increase output even as crude and petrol prices continue to retreat, with gasoline now selling across the country at its lowest level since September 2021, the energy department said.

Amos Hochstein, Biden’s senior energy adviser, has said the administration was giving shale oil producers “all the tools” they needed to increase production, including the administration’s pledge to replenish the SPR when US oil prices fell to about $70 a barrel.

“We can buy back at those prices. That will put a major buyer back into the market that will stabilise it. So you have no excuse not to increase production,” he said in a recent interview.

US oil prices settled at $74.29 a barrel on Friday, well below the average price of $96 at which the energy department said it sold oil from the SPR in recent months, and down from more than $120 in March.

Average US retail gasoline prices were about $3.24 per gallon last week, according to the EIA, down about a third since hitting a record high in June but still almost 40 per cent higher than when Biden entered office.

The SPR, established in the 1970s following earlier oil price shocks, consists of underground storage facilities along the US’s Gulf Coast with a combined storage capacity of 714mn barrels.

The SPR’s rapid depletion this year has alarmed some oil market analysts, given fears of global supply disruptions as western countries tighten sanctions on Russian crude exports while Opec producers throttle back output.

Bob McNally, a former White House adviser and now head of Rapidan Energy Group, welcomed the decision to start replenishing the SPR and said the announcement was a “small but meaningful step” designed to spur shale producers into more drilling.

“It reflects both their determination to refill depleted stocks as well as a hope to encourage more US production by putting a floor in the price,” McNally said.