S&P 500 Update: Anticipated Pullback Should Bottom at Around 3800


In last week’s update (see ), I found for the (SPX) using the Elliott Wave Principle (EWP):

“The SPX should bottom out soon, or has already bottomed out, for green W-a and should start the countertrend rally/bounce labeled green W-b to ideally $4020+/-20. Corrections always move in three waves; after W-b, the index should produce the next leg lower labeled green W-c. Depending on where exactly the W-b tops and the extension of the W-c, I anticipated a low at ideally $3730-3870.“

Tuesday’s pop was only 1.5% above the anticipated W-b target zone of $4000-4040 and, in addition to that, morphed the price action since the December 1 high into what is called in EWP terms “a flat.” Thus, my primary expectation for a countertrend rally followed by another leg lower was validated. 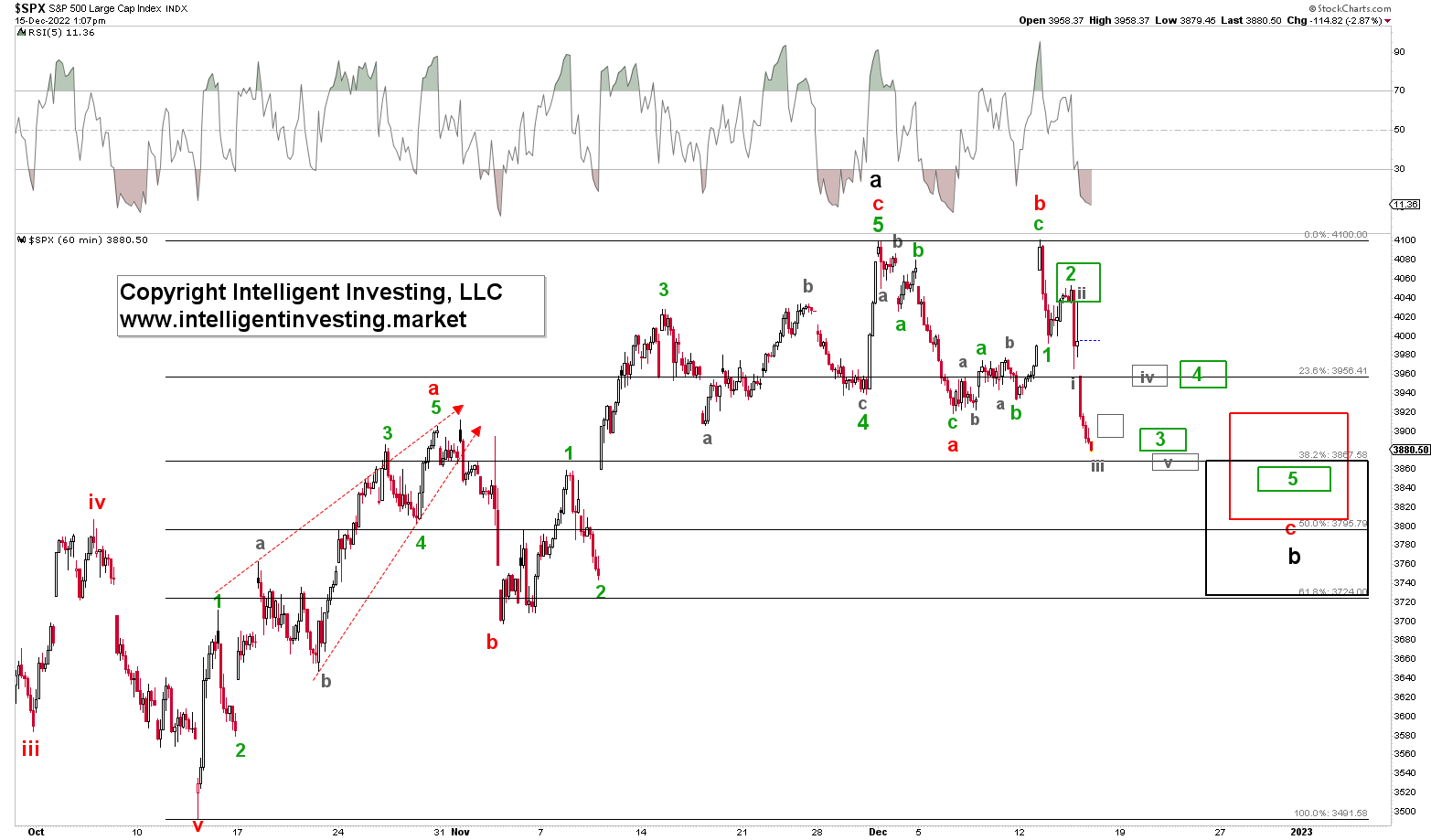 In the hourly chart above, I have upgraded the waves since December 1, black W-a, high by one degree (green became red) compared to last week because of Tuesday’s price action. Other than that, not much has changed.

This pattern shows the fractal nature of the stock market beautifully. Now that we know where the anticipated W-b exactly topped and have knowledge of the sub-waves of red W-c, we can narrow down the ideal target zone for all of the anticipated black W-b. From last week’s “$3730-3870” to ideally $3840-3860, assuming the market will follow the ideal Fibonacci-based impulse pattern as shown by the green and grey target zones in Figure 1. Once more price data becomes available, we can narrow down this target zone even further.

Based on the current price action, I would shift the timing of the low mentioned in my last update from “preferably later next week” to “preferably mid-next week.“