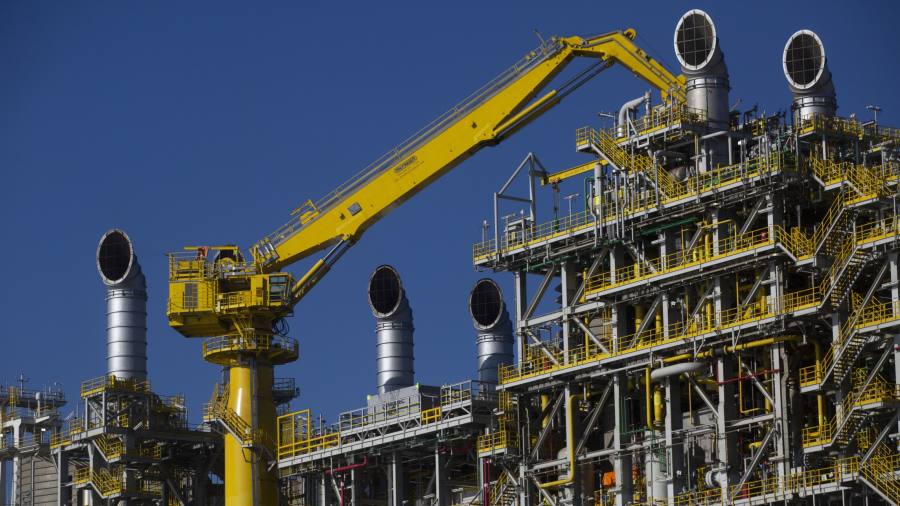 
Brazilian oil and gas producer Petrobras has defended its level of spending on decarbonisation initiatives, even as the country’s incoming government pushes for it to play a bigger role in the clean energy transition.

Leftwing president-elect Luiz Inácio Lula da Silva criticised the state-controlled company’s generous dividend payments on the campaign trail, calling for it to boost investments in areas such as refineries and renewables.

Petrobras is Latin America’s largest crude supplier, with daily output of 2.6mn barrels of oil equivalent, but advisers to Lula argue that the publicly listed $56bn group is not preparing enough for a low-carbon future.

“The company needs a more active and innovative strategy aimed at energy transition, both in areas where it has already demonstrated its vocation, such as biofuels, and breaking new ground in innovation, such as wind, solar, hydrogen,” said William Nozaki, a member of the Lula transition team and researcher at the Institute for Strategic Studies on Petroleum, Natural Gas and Biofuels.

Unlike some other oil majors, Petrobras currently operates no renewable electricity assets, having pulled out of wind power as part of a wider exit from non-core activities in order to focus on deepwater drilling.

However, the company’s director of sustainability insisted it was on the right track towards reducing emissions and was proceeding cautiously to ensure investments had a financial rationale.

Rafael Chaves pointed to a recent increase in the Petrobras budget for low-carbon projects, to $4.4bn for the 2023-27 period. That amounts to 6 per cent of its overall planned capital expenditure and is up from a previous amount of $2.8bn.

“You can expect growth in this [decarbonisation] capex and a greater participation in the total capex of the company,” Chaves told the Financial Times in an interview. “But we have to be careful not to enter into the strategy of ‘go woke, go broke’.”

Most of the funds will go towards decarbonising its operations such as through carbon capture and improving refinery energy efficiency. Another $600mn is earmarked for “biorefining” renewable versions of diesel and aviation kerosene.

The company is also studying possible production of hydrogen, considered a fuel of the future, and offshore wind generation, which is yet to take off in Brazil.

“Sometimes investors ask, couldn’t you be investing more?” said Chaves. “The restriction on making these types of investment is not having the financial resources, it is making the projects viable.”

Lula’s manifesto promise for Petrobras to once again be an “integrated energy company”, returning to areas it had decided to abandon, has rattled many investors.

Political interference in the business under past leftwing governments led by his Workers’ party culminated in an enormous corruption scandal, significant financial losses and a huge debt pile.

Analysts said greater investment by the company in areas such as refining and renewables could hit profits, as the returns are lower than in oil exploration and production.

With the current Petrobras chief executive Caio Mário Paes de Andrade soon to depart after just six months in the job, Lula is expected to name a replacement who shares a similar vision. “There is likely to be a big clear-out of directors,” said a former board member, who asked not to be named. Cláudio Frischtak, managing partner at energy and infrastructure consultancy Inter.B, said Petrobras was “well behind” in the energy transition.

“The company should focus on replenishing [oil and gas] reserves and, yes, a greater emphasis on energy transition with offshore wind, solar and a gas strategy.”

But others question whether Petrobras truly has a comparative advantage in wind and solar, where there is already a surge of developments in Brazil.

“Just because you have a wealthy and capable company you shouldn’t put them in charge of your energy transition strategy,” said Francisco Monaldi, Latin America director at the Baker Institute for Public Policy at Rice University.

“Renewables are a totally different type of investment. First of all, it’s usually not for export, but for the domestic market for regulated electricity. Why would it be done by Petrobras?”

SBF Thinks Cutting His Workday From 18 Hours to 13 Was One of His Biggest Mistakes: Testimony Draft

Chart of the Day: Why McDonald’s Defies Recession