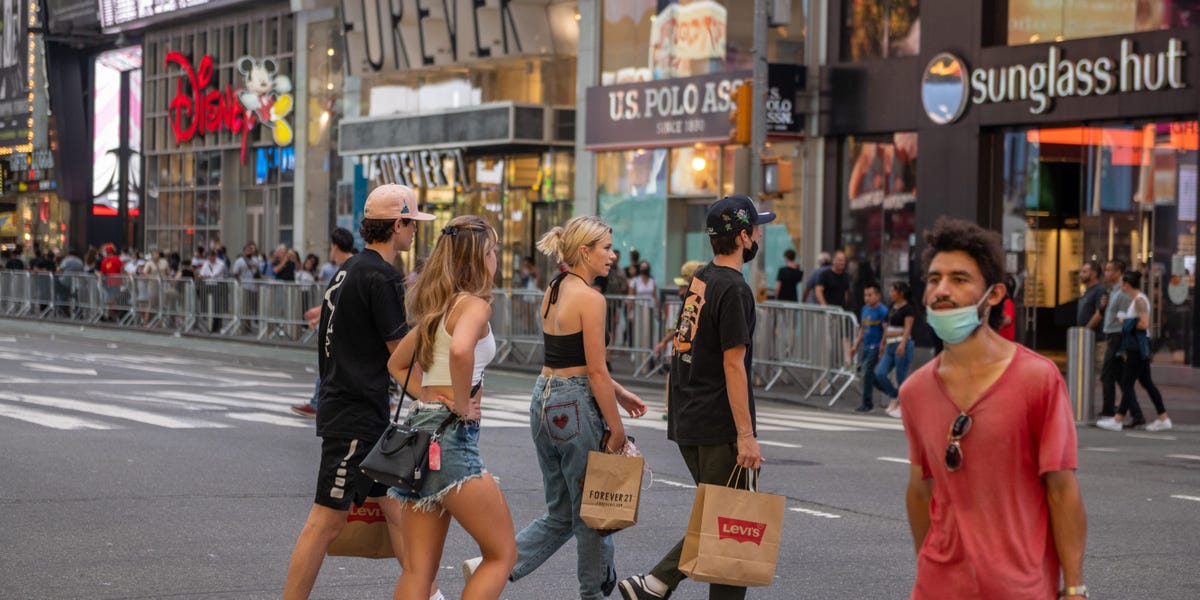 A record level of young adults in the US is currently living at home, and all that saved rent is sparking a luxury boom.

Recent data from the US Census Bureau shows that nearly half of young Americans between ages 18 and 29 are living with their parents today. That’s a historical high not seen since the Great Depression era, Morgan Stanley analysts wrote in a Friday note.

The analysts estimate that around 48% of young adults are living with parents in 2022, similar to levels seen in the 1940s.

The levels of young adults living at home peaked at 49.5% around 2020, coinciding with the outbreak of the COVID-19 pandemic. The data was compiled from a Pew Research Center analysis, USA Today, the University of Minnesota, and Morgan Stanley research.

But that’s great news for luxury retailers, because saving on daily necessities like rent and groceries is freeing up disposable income for discretionary spending, per a team of Morgan Stanley analysts led by Edouard Aubin.

“This is of course not the only reason luxury goods consumers are getting younger in the West (social media playing also an important part) but we see it as fundamentally positive for the industry,” the analysts wrote in the note.

“When asked about the incentives to move in with parents, 51% of the young adults said that it was to save money and 39% of them said that it was because they could not afford rent,” according to a December 5 PropertyManagement.com survey. The survey of about 1,200 US participants was conducted online by survey platform Pollfish on December 1.

Similar themes are emerging across the pond in the United Kingdom, where about 42% of young adults lived with their parents in 2021. That’s the highest level on record, based on data compiled from 1996 onwards by the Office for National Statistics and Morgan Stanley research.

In the first half of 2022, imports of luxury Swiss watches into the UK rose 31% year-on-year, the Guardian reported in June, citing data from Federation of the Swiss Watch Industry. The watches on average cost about £6,000, or about $7,400 at current exchange rates. Sales of mid-range watches — those below £2,500 — were falling at the time, the Guardian reported.

British luxury brand Burberry reported an 11% year-on-year increase in sales in the quarter ending September. Luxury-goods maker LVMH, which owns brands including Dior, Tiffany, Moët Hennessy, and Louis Vuitton, reported a 19% on-year increase in third quarter of 2022 revenues — thanks to robust demand from Europe, the United States, and Japan.

An Insider Intelligence report on September 14 found that luxury goods sector in the US and China has bounced back post-COVID, but economic headwinds — like an impending recession — will weigh heavy on middle class spenders.

Cost Of Running A Bitcoin Node In Nigeria – Bitcoin Magazine