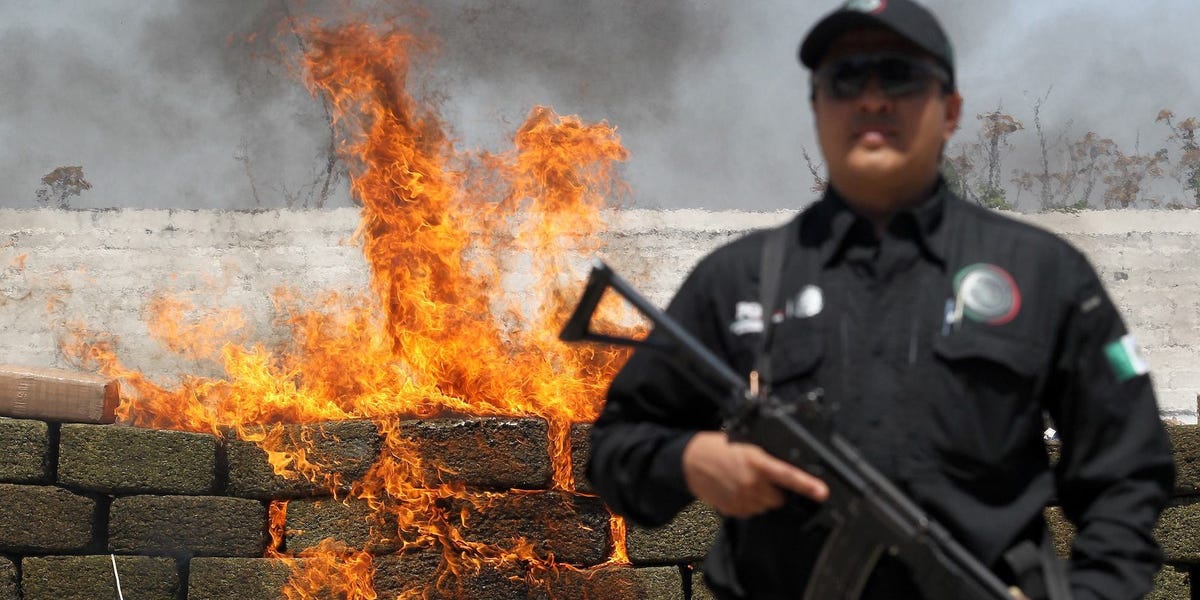 The Sinaloa Cartel Is Aiming to Corner Marijuana Market in Mexico

Culiacán, SINALOA — The Sinaloa Cartel wants to take back a business that had long belonged to it but has been lost to producers in US over the past decade.

As more and more US states legalize marijuana for recreational use, Mexico’s biggest drug cartel is trying to corner the legal weed market in Mexico, even if the drug itself is not yet legal in Mexico.

In late 2015 when several US states began legalizing weed for medical and recreational use, the Sinaloa Cartel — known for building a criminal empire on smuggling weed into the US — began to feel the financial impact.

In 2012, prior to the legalization of marijuana for recreational use in Colorado and Washington state, the Mexican Institute of Competitiveness calculated that the cartel stood to lose nearly $2.8 billion if the drug was legalized in those states.

In the years since, “Mexican marijuana has largely been supplanted by domestic-produced marijuana” in US markets, according to the DEA’s 2020 National Drug Threat Assessment.

In 2013, US authorities seized roughly 1.3 million kilograms of weed at the border with Mexico, according to the DEA report. By 2019, however, pot seizures at the border had fallen to nearly 249,000 kilograms.

Although the criminal organization formerly led by infamous drug lord Joaquín “El Chapo” Guzmán has made up for the lost revenue by entering other illegal and pseudo-legal businesses — like illegal logging, extortion, and monopolizing water in several regions of Mexico — they still want the weed business back.

“This is a business that belongs here, to Sinaloa,” a Sinaloa Cartel operative who works as a regional manager for marijuana operations in Culiacán told Insider. “We lost a share of the business, but in no time we will take it back by producing the best weed in the world.”

The Sinaloa Cartel’s weed operations are overseen by three of El Chapo’s sons, who are known as “Los Chapitos.”

After Guzmán’s extradition to the US, where he is now serving a life term in prison, sons Ivan Archivaldo, 39, known as “El Chapito”; Jesús Alfredo, 36, known as “Alfredillo”; and Ovidio, 32, known as “El Raton”; have taken full control of Culiacán on behalf of the Sinaloa Cartel.

Following a significant decline in drug-trafficking revenue and the arrest of “El Chapo” in Mexico in January 2016, “Los Chapitos” decided to start investing in order to take Mexico’s weed industry to another level.

The “juniors,” which the sons are called in Culiacán in order to avoid using their real names, “gave us the trust to start producing the best weed in Mexico,” a weed producer working for the cartel told Insider. “They asked me if I knew what I was doing. I said yes, and through another person they became the godfathers of this project.”

Operatives, producers, and sellers told Insider is that the cartel’s move into the marijuana industry is currently in an “experimental phase.”

“This is by far not the final product. We are buying seeds from all over the world to create our own strain, to produce top-notch Sinaloa weed and to develop a strong brand even better than the gringos,” the producer said, referring to growers in the US.

Currently the weed market is focused almost exclusively in Culiacán, a city of just over a million people, but the cartel operatives say they are aiming for a much larger market.

“The juniors are not only investing in producing and branding weed. They are also investing in lobbying with Mexico’s top politicians to legalize weed,” the operative said.

The operative and others in the business say the cartel is “very interested” in legalizing weed. Some believe it is because of Los Chapitos’ love for the plant and its supposed benefits. Others think it is purely a business decision.

“The juniors are intelligent men. They know that once weed is legal the organization will be ready to go legal and will already have the most known and best-quality weed in Mexico,” the operative said, referring to the cartel.

But attempts to legalize weed have stalled in Mexico’s Senate. In 2021 the Senate passed a bill legalizing recreational use of marijuana, but lawmakers in the lower house held up the measure while they tried to raise the amount of pot that consumers could carry in public higher than the proposed limit of 28 grams.

What the Sinaloa Cartel is really waiting for is the legalization of the production of weed, a part of the process that could potentially yield millions of dollars in revenue without them needing to go to the illegal side of the business.

“The juniors are a different litter. They are educated. They want to live well and stop being a target for the government,” said a Sinaloa Cartel commander who acts as a link between Los Chapitos and Culiacán’s marijuana producers. “So weed could be their option to go out of the illegal [trade] and become successful businessmen in Mexico and leave all the crime behind.”