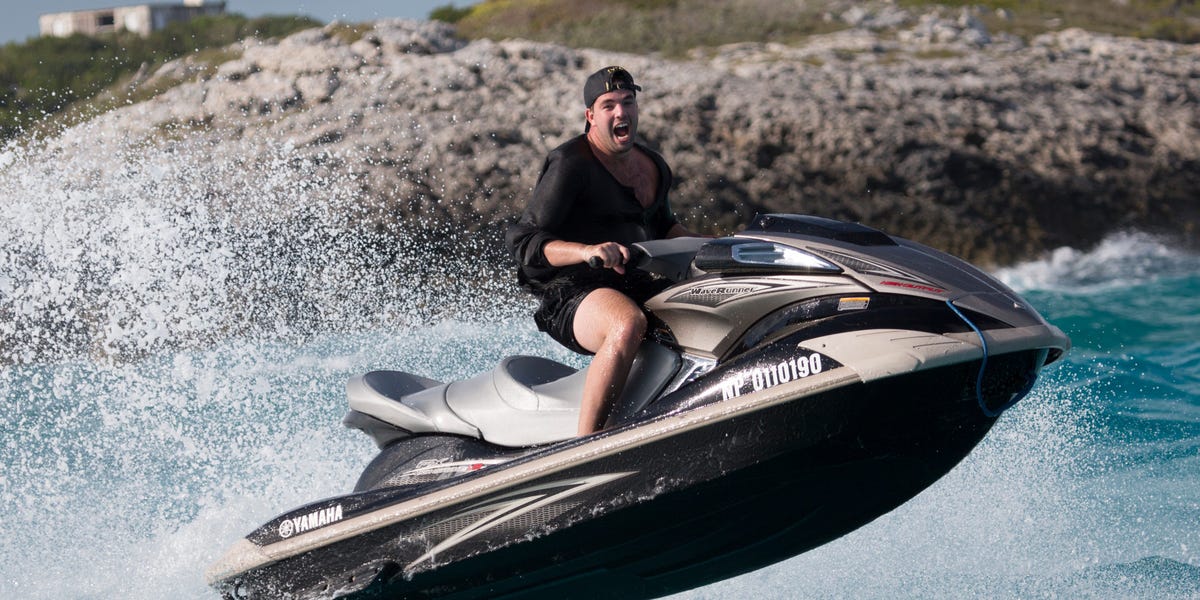 Billy McFarland, the convicted cofounder of Fyre Festival, said he still hasn’t watched the popular Netflix and Hulu shows about his failed music event nearly four years after they premiered.

In an interview with British entrepreneur Steven Bartlett on “The Diary of a CEO” show, published Thursday, McFarland was asked whether he’d seen Netflix’s “Fyre: The Greatest Party That Never Happened” and Hulu’s “Fyre Fraud,” both of which aired in January 2019.

The shows were released while McFarland was serving a six-year prison sentence, which he received after pleading guilty to wire-fraud charges related to the failed festival.

He said a USB stick with both documentaries made its way into the prison, and prisoners watched the shows in the prison TV room.

“I literally went outside, I think I was one of two people who wasn’t in the TV room watching the documentary, but I couldn’t do it,” McFarland said.

“I think I was still in the combative phase where I just hadn’t come to reality with everything that had happened and I was too scared to hear allegations or comments by the people and not be able to respond,” he added.

McFarland said he would have “gotten enraged” by “false” aspects of the series because “I wouldn’t have been able to do anything about it, so I feel like I wasn’t stable enough or mature enough at that time to watch it, and probably still am not.”

He told Bartlett he was still not ready to watch the documentaries. “I don’t know why, but I’m not ready,” he said.

Fyre Festival was touted as a luxurious music fiesta in the Bahamas and was promoted by influencers and models such as Kendall Jenner and Bella Hadid. Those who bought tickets, which cost up to $250,000, were promised a VIP experience complete with beach huts, villas, and performances from top artists across two weekends in April 2017.

However, concert-goers arrived to discover they’d be sleeping in disaster-relief tents and eating cold cheese sandwiches, and the acts they’d paid to see wouldn’t be performing. The festival was ultimately cancelled, leaving many stranded.

In October 2018, McFarland was sentenced to six years in prison after pleading guilty to defrauding investors out of millions of dollars through various ticketing schemes related to Fyre Festival. He was released in March 2022.

McFarland, who recently told The New York Times he wanted to venture into tech, told Bartlett he’d received negativity from friends, family, and other people who’d watched the Netflix and Hulu documentaries.

“Their advice is ‘you are incompetent, you can’t do anything going forward, go work some entry-level desk job for 70 hours a week for the rest of your life and shut up’,” McFarland told Bartlett.

He said he could either face the remorse, guilt, and failure of his actions, or have another go and “take the swing.” He told Bartlett he’d chosen the latter.