In last week’s update (see ) I found for the (SPX) using the Elliott Wave Principle (EWP):

Thus, my primary expectation for that final push higher was invalidated because the index dropped below $4034 on December 2 and continued to drop below $3097 two days later. As such, the alternative became operable. See Figure 1 below. 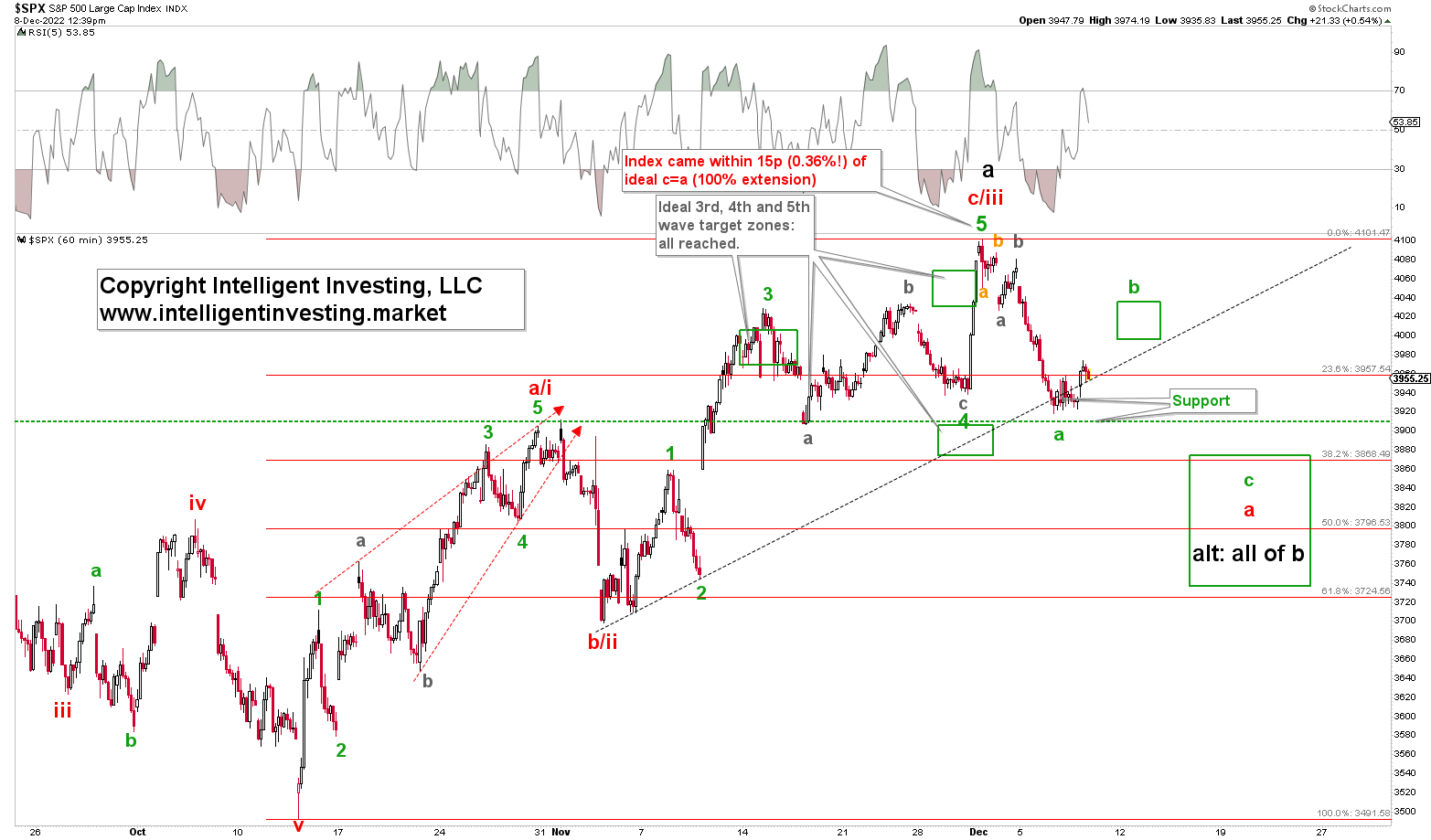 The hourly chart above shows the alternative scenario from last week, which is now my primary expectation, in more detail.* The SPX should bottom out soon, or has already bottomed out, for green W-a and should start the countertrend rally/bounce labeled green W-b to ideally $4020+/-20. Corrections always move in three waves; after W-b, the index should produce the next leg lower labeled green W-c. Depending on where exactly the W-b tops and the extension of the W-c, I anticipated a low at ideally $3730-3870. Once more price data becomes available, we can narrow down this target zone.

Once the $3800+/-70 zone is reached, based on seasonality, preferably later next week, we must entertain the notion all of black W-b has already bottomed out. The index will have to move below $3635 (the 76.40% retrace of the October 13 – December 1 rally), with the first warning below $3725, to start to suggest there will not be a more significant C-wave rally to $4300+.

* Since financial markets are -like live in general- probabilistic in nature, there’s always a chance one’s primary expectation is wrong, i.e., when the markets break above or below certain price levels determined by the EWP rules.* Thus, one must always have an alternative expectation available. This approach is no different from placing an actual trade. One has a primary expectation the trade will become profitable. Why else place the trade!? But at the same time, one has a certain price level -the stop loss level- below (or above, in case one is short) the purchase price where one knows the trade is wrong and must be abandoned: the alternative. We also always hope the trade will be profitable, but we know with certainty, not all trades are consistently profitable. Understanding that trading and forecasting the markets using the EWP primary and alternative are the same, one can then use those invalidation levels determined by the EWP as one’s stop loss levels for trading. How simple and elegant.