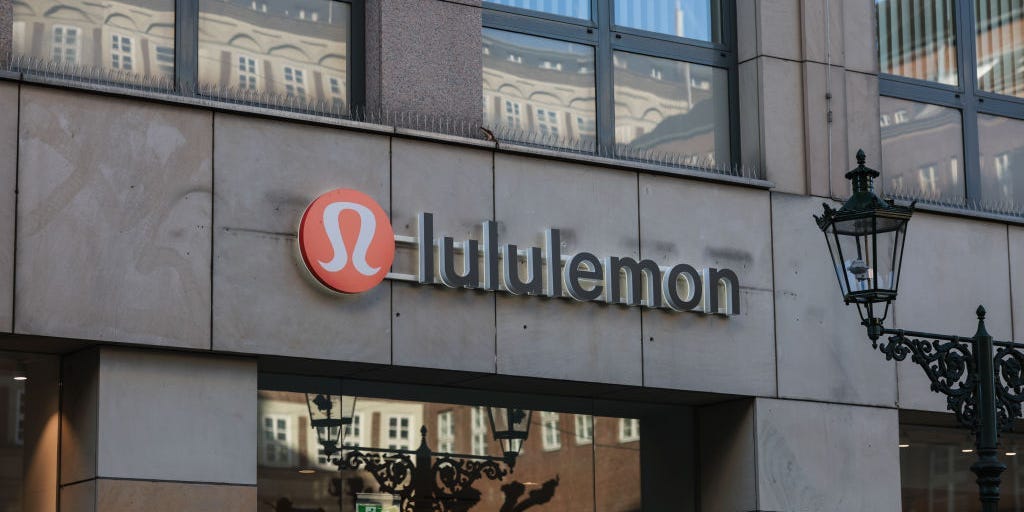 Lululemon on Thursday reported an 85% year-over-year increase in inventory. But unlike other companies that plan to discount merchandise in an effort to clear bursting stockrooms, the sportswear company isn’t expecting to slash prices.

“Our inventory levels were too lean last year, and we made the strategic decision to build inventories this year, which enabled the strong top-line growth we have delivered,” CEO Calvin McDonald said on a late Thursday call with stock analysts.

For the quarter ended October 30, Lululemon reported a 28% increase in quarterly sales to $1.86 billion, ahead of the $1.81 billion expected by analysts, according to FactSet. But the explanation for the increased inventory and quarterly guidance didn’t placate investors, with shares falling 7% in after-hours trading within two hours of the earnings report.

McDonald said the holiday shopping season is off to a strong start although the “external environment … remains challenging” given ongoing economic uncertainty.

“Black Friday was the biggest day ever in our history in terms of revenue and traffic,” he said, noting the strength of several products, including the company’s belt bag, outerwear and footwear.

Chief Financial Officer Meghan Frank said the company expects inventory to clear throughout the current quarter. She said unit growth in inventory should be around 39%, on a three-year compound annual growth rate basis, by the end of the quarter.

McDonald said he doesn’t expect to cut prices in order to move merchandise faster, aside from typical markdown activity.

McDonald said the company increased prices on about 10% of its product this year. But while he described it as a “premium brand” with “pricing power,” he doesn’t expect to raise many more.

“What we don’t want to do is react too aggressively and create any impact on the demand for  our product,” he said. “Other (companies) that priced up are now heavily discounting and giving away that perceived gain.”