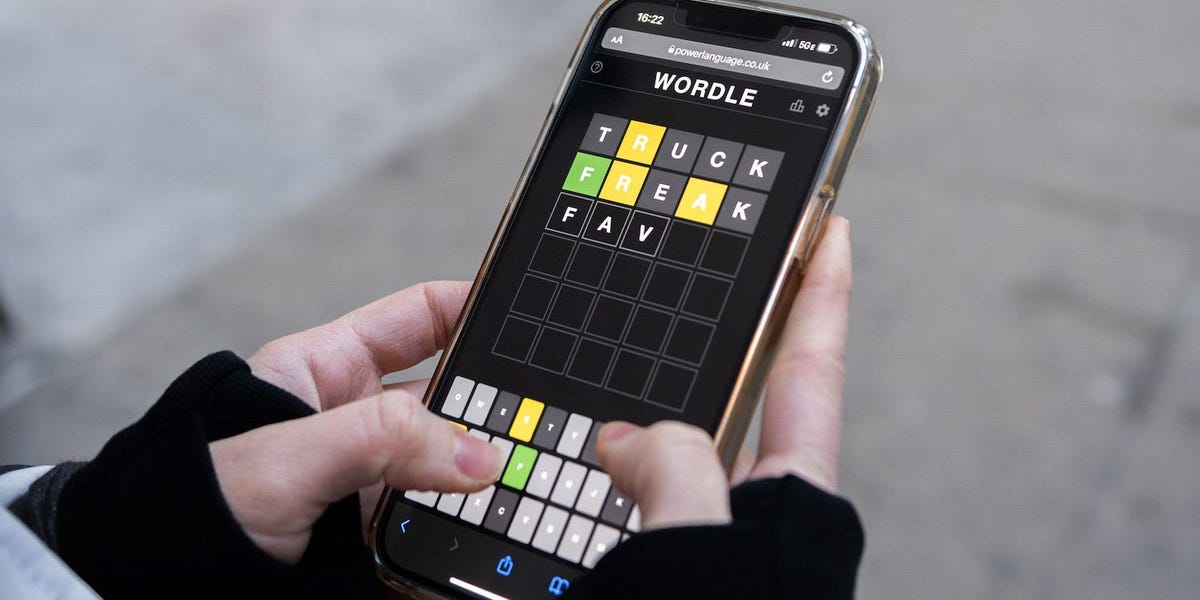 'Wordle' and 'Queen Elizabeth' were among the top 10 Google searches in the US in 2022. Here's the full list.

Netflix's smash hit TV series "Monster: The Jeffrey Dahmer Story" was released in late September and quickly climbed the ranks to become one of the streaming service's most popular shows. After just 60 days, the show clocked more than 1 billion hours of viewing, according to Netflix.

However, "Dahmer" has faced backlash from some of the serial killer's victims' family members, who said the show has retraumatized them.

Anne Heche was an American actress known for roles in films like "I Know What You Did Last Summer" and "Walking and Talking."

In early August of this year, Heche was involved in a car crash. Heche died from crash-related injuries on August 11, 2022.

The Powerball lottery was the cause of much excitement last month after it grew to $2.04 billion – the largest lottery prize ever.

A single ticket was sold in early November in California. According to the personal finance magazine Kiplinger, the winner faces a heft tax bill: the IRS withholds 24% off the top, and if the winner decides to take the lump sum of $997.6 million, they would also be taxed another 37%.

It was also a big year for the Mega Millions lottery, which had a payout of $1.337 billion in July. It was the second-largest jackpot ever, and it was awarded to one person in Illinois.

Ukraine consistently made headlines this year after Russia invaded the country on February 24, 2022, sparking a bloody conflict that has killed thousands and destroyed multiple Ukrainian cities. A senior US general recently estimated that the war has resulted in 200,000 casualties, according to the BBC. Russian forces have been accused of multiple war crimes as a result of the clash.

Bob Saget was an American comedian and actor, well-known as Danny Tanner on the sitcom "Full House," which ran from 1987 to 1995. Saget died earlier this year at 65 years old after falling and hitting his head in his hotel room.

Queen Elizabeth was the longest-serving monarch in British history, remaining on the throne for 70 years. She died in September at 96 years old, and her son, Charles III, took over as the country's new monarch.

Betty White was a beloved American actress who died late last year at the age of 99. She was well-known for her role as Rose Nylund on the NBC sitcom "The Golden Girls." White continued her acting career well into her 90s.

In November, the US held its 2022 midterm elections, which featured many hotly contested races, including the race for US Senate in Pennsylvania between Democratic candidate John Fetterman, and Republican Mehmet Oz.

The election resulted in the Democrats retaining control of the US Senate, while the Republicans overtook the House of Representatives.

Coming in as the most Google-searched topic in the US in 2022: Wordle.

The relatively simple word game took the masses by storm earlier this year as it surged in popularity. Many players began posting their scores, in the form of colored boxes, on social media for bragging rights. The game was developed by Josh Wardle, a software engineer in Brooklyn, but it was acquired by The New York Times in late January for an undisclosed price in the low-seven figures.