Plaid lays off 20% of staff, CEO says the fintech company ‘hired and invested ahead of revenue growth’ • TechCrunch 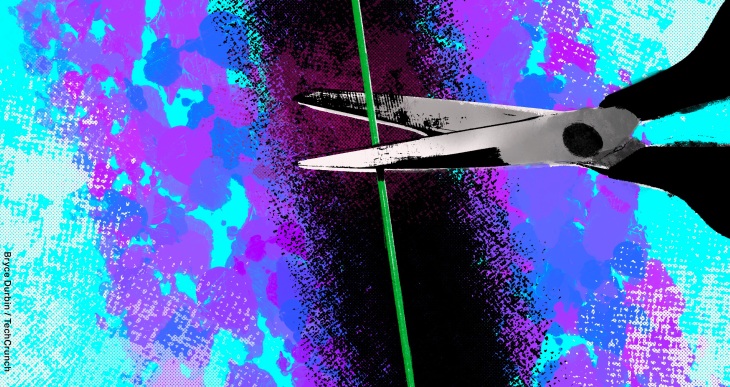 Fintech decacorn Plaid is laying off 260 employees, or about 20% of its workforce, the company announced today.

While specific details around who exactly was affected remain unknown, sources in recent months had told TechCrunch that the San Francisco-based startup’s engineering team was likely to take a big hit. In March, Plaid CTO Jean-Denis Greze told TechCrunch that he grew his engineering team 17.5x in just four years, from 20 engineers to 350 people. Today’s cut likely reverses some of that hyper-growth.

A company spokesperson did not disclose how many engineers are being impacted, saying “teams across the company” were affected. She added that since Plaid is “aligning to updated headcount goals, teams like recruiting are impacted more than others.”

In a letter to employees that was posted on Plaid’s website, CEO and co-founder Zach Perret said that the company saw a rapid increase in usage by its existing customers, a large number of new customers and “substantial revenue acceleration” during COVID. As such, the company “hired aggressively” to meet customer demand and invest in new products.

However, macroeconomic shifts resulted in Plaid customers experiencing “slower-than-expected growth,” causing the company to back pedal.

All impacted employees will get 16 weeks of base pay in severance. Those who have been with Plaid for more than one year will get additional weeks. Plaid will also be paying the cash equivalent of 6 months of healthcare premiums for medical, dental, and vision insurance coverage for employees and their dependents. In a practice that is becoming increasingly common, the company is also accelerating equity grants for employees who worked at the company for more than one year to the February 15, 2023 vesting date. It is also waiving the one year cliff for workers with equity who haven’t yet reached their one-year vesting cliff.

Additionally, it says it will provide 6 months of career support and coaching services as well as 6 months of continued mental health coverage for all departing employees. The company also says it has “dedicated immigration counsel” for those on a work visa.

Affected employees lost access to many Plaid systems in a move that Perret acknowledged may seem “abrupt” but that he deemed necessary “given the sensitive nature of data” in its industry.

In April of 2021, Plaid raised a $425 million Series D led by Altimeter Capital which valued the company at around $13.4 billion. This was after its deal to be acquired by Visa for $5.3 billion fell through due to regulatory concerns.

A lot has happened since that lofty valuation and Plaid is now directly competing with one of its partners, payments giant Stripe – which recently conducted layoffs of its own, letting go of over 1,100 people. Earlier this year, Stripe announced a new product called Financial Connections, which gives Stripe’s customers a way to connect directly to their customer’s bank accounts, to access financial data to speed up or run certain kinds of transactions. Sound familiar?

Then two weeks later, Plaid announced it was officially expanding from its core product of account linking — its first major expansion since its 2013 inception. Specifically, the startup said it was moving into identity and income verification, fraud prevention and providing new tools for account funding and disbursements – a move that put it into even deeper competition with Stripe.

More recently, Plaid announced that it had named Meta veteran John Anderson to serve as its new head of payments as it began personally facilitating payments through its Transfer offering, in addition to facilitating its partners’ payments.

Plaid’s layoff comes amid an especially tumultuous year for fintech startups. Besides Stripe, neobank chime Chime recently laid off 12% of its staff, or some 160 workers.

TechCrunch Senior Reporter Natasha Mascarenhas contributed to the reporting of this article. You can reach out to her on Signal, a secure encrypted messaging app, at 925 271 0912. You can reach Mary Ann at maryann@techcrunch.com.

TechCrunch’s weekly fintech newsletter, The Interchange, launched on May 1! Sign up here to get it in your inbox. Got a news tip or inside information about a topic we covered? We’d love to hear from you.