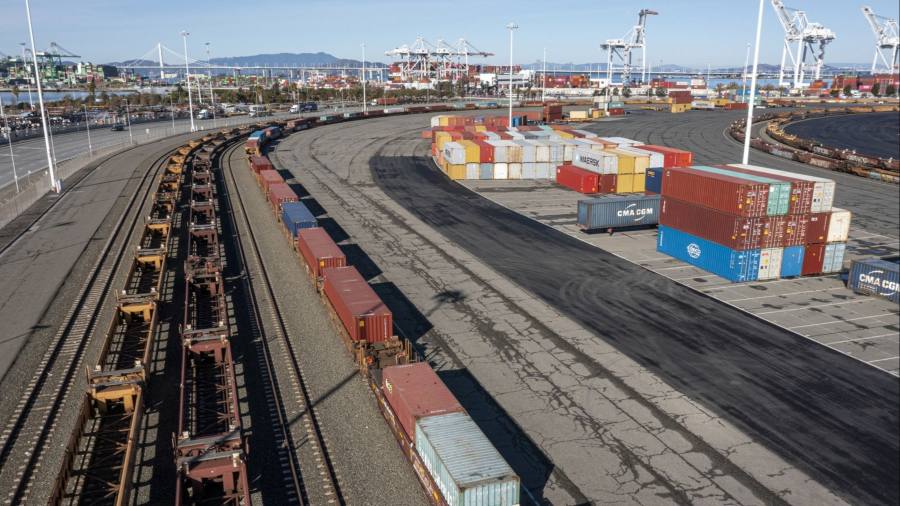 
Costs are beginning to fall throughout US supply chains, easing inflationary pressures even as importers voice concern that fresh disruptions related to Covid-19 in China may yet bring further trouble.

Higher logistics costs, which companies largely passed on to customers, presented one of the pandemic’s greatest business challenges and helped to power a historic run-up in consumer prices from the start of 2021 until the middle of this year. Backed-up ports, a shortage of truck drivers and scarce warehouse space that left some stores short of inventory defined last year’s peak Christmas retail season.

This year those problems have started to fade. Wholesale prices for transport and logistics are in retreat after peaking last summer. Some members of the Federal Reserve discussed an “easing of supply constraints” as they assessed inflation at their latest monetary policy meeting, minutes showed.

The smoothing of US supply chains reflects reduced shipping demand because of slower consumer spending and a contraction in manufacturing activity, while many retailers shipped goods in earlier than usual to avoid repeating last year’s delays.

Spot rates for shipping goods from Asia to ports on the US west coast have fallen 87 per cent in the past year, to a level just 7 per cent above the same period of 2019, according to Freightos, the freight data company.

The cost of air freight, on which many importers were forced to rely last year as ports became overwhelmed, has roughly halved in 12 months while DAT Freight & Analytics reports that spot rates for the “dry van” enclosed trailers by which many goods are trucked have fallen by a third.

“What typified the last two to three months is that demand has damped, capacity has opened up and therefore prices have come down,” said Simon Geale, executive vice-president of procurement at Proxima, a supply chain consultancy.

Further easing the pressure, Congress and President Joe Biden last week intervened to stop a threatened freight rail strike, which business groups estimated could have cost the US economy $2bn per day.

“There are still some headwinds in the truck industry [such as] labour costs and equipment availability, but that’s normalising also, so I think in 2023 we’re going to see a really good balance in everything,” said Scott Sureddin, chief executive of DHL Supply Chain North America, a leading logistics provider.

Wage inflation since the start of the pandemic appears more lasting, however. Sureddin, who employs almost 50,000 people in 515 warehouses, said DHL’s hourly wages had gone up by $3-$5 an hour to an average of $20. 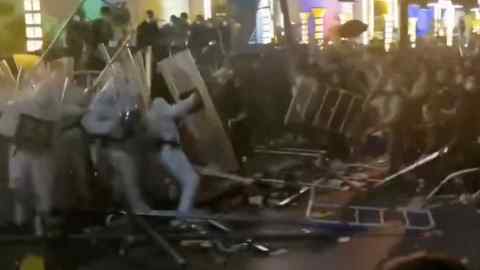 US companies including Apple have pointed to a cloud still hanging over their supply chains: the risk that protests across China against Beijing’s “zero-Covid” pandemic response could trigger a surge in infections or further manufacturing disruptions.

The iPhone maker, whose Foxconn-owned plant in Zhengzhou has been the scene of protests, warned last month that its shipments would be “significantly reduced”.

Premier, a company which handles supply chain logistics for thousands of US hospitals and health systems, had not yet registered a change in supplies from China, said Mike Alkire, its chief executive, “but there will be disruptions, I can just tell you that.”

Supplies of raw materials for pharmaceuticals, resins and the contrast media used in medical imaging were still vulnerable, he said. Given a shortage of labour in areas such as trucking, he added, “I still think we’re going to feel a lot of pressure from inflation in the supply chain for some time.”

Michael McAdoo, co-head of Boston Consulting Group’s trade and investment practice, said that clients were starting to understand that their supply chains needed to be redesigned to withstand repeated shocks. He cited earlier geopolitical developments from Brexit in the UK to Russia’s invasion of Ukraine as examples of shocks.

“[They] need to be ready to deal with any of these things,” McAdoo said. “Geopolitical considerations are no longer the icing on the cake. They’re the cake and people are integrating this into their decision making.”