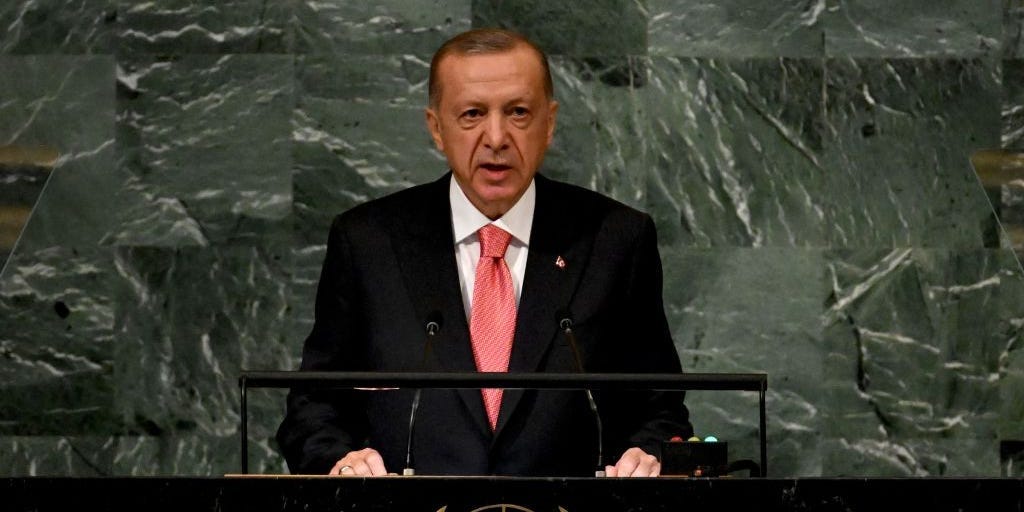 A European Union price cap on Russian oil kicked in on Monday and it’s already causing shipping disruption — oil tankers are piling up off the coast of Turkey as Ankara is demanding paperwork that the vessels are fully insured, according to the Financial Times.

The pile-up comes just as an EU price cap of $60 a barrel price cap for Russian crude kicked in.

As 90% of the world’s shipping insurance is provided by a group largely based in Europe, the aim is to curb Russia’s oil revenue by limiting how much coverage the insurers can provide — that’s because only those vessels carrying cargo priced below the EU cap can access Western maritime insurance.

But the Turkish government wants full insurance coverage for the ships — resulting in a standoff and traffic jam of 19 crude oil tankers waiting to cross Turkish waters, according to the FT which cites ship brokers, oil traders, and satellite tracking services.

In a notice issued on November 16, Turkey’s government is insisting on documentation of shipping insurance coverage “under any circumstances” — even when the ships breach sanctions “whether knowingly and intentionally or unknowingly and unintentionally”, according to a statement posted on Monday by Gard, a Norwegian shipping insurer that covers half of the global merchant fleet.

Such requirements go beyond general information that is usually contained in a letter of entry for the ships, so the International Group of P&I Clubs — the protection and indemnity providers which represents a group of shipping insurers — has assessed that it “should not issue such a letter” to ships.

“Issuing a confirmatory letter under these circumstances would expose the Club to a breach of sanctions under EU, UK and US law,” according to the statement. The International Group of P&I Clubs is negotiating with the Turkish government.

This standoff in turn has affected traffic around the Turkish straits of Bosphorus and Dardanelles as they connect exports from Russia’s Black Sea ports to global markets. The first ship to arrive at the location has been waiting since November 29, the FT reported.

Turkey’s ministry of transport and infrastructure did not immediately respond to Insider’s request for comment sent outside regular business hours.

Moscow, on its part, has said it would not sell its crude oil under the $60 a barrel level, with Russian Deputy Prime Minister Alexander Novak calling the price cap an “interference” that could cause “destabilization, shortages of energy resources and reduction of investment” in the market, according to TASS, the state-owned news agency.