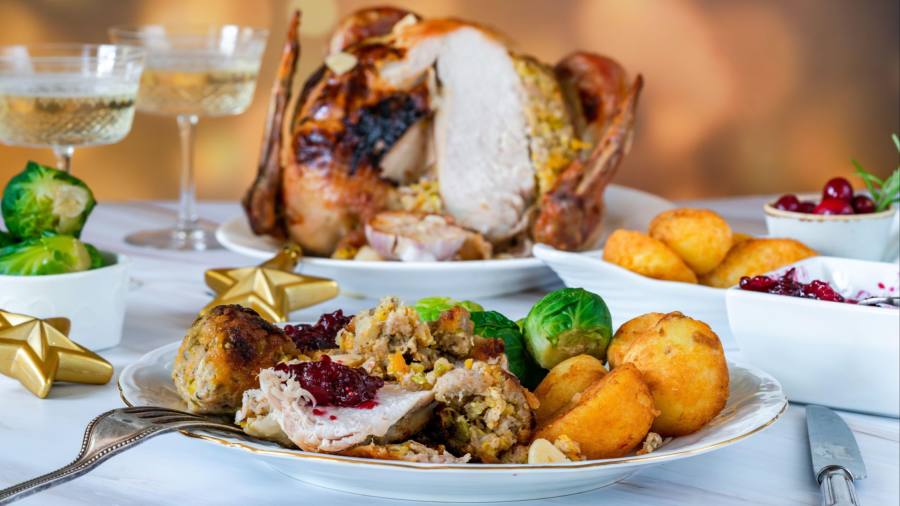 
The average cost of Christmas dinner in the UK is expected to rise almost 10 per cent this year compared with last December, as inflation continued to hit household budgets, new data show.

The average price of a turkey meal for four is expected to cost about £31 this festive season, according to research by Kantar, released on Tuesday — 9.3 per cent higher than in 2021.

Frozen turkey will cost 15 per cent more than last year, while potatoes are up 20 per cent and parsnips by as much as 30 per cent, the data show.

UK grocery price inflation fell in November but remained close to a 14-year high as British consumers continued to grapple with the cost of living crisis in the run-up to the festive season.

The rate dipped by 0.1 percentage points last month to 14.6 per cent, Kantar said, representing the first month-on-month drop since April 2021. The fastest rises price rises were for milk, dog food and butter.

Kantar’s figures contrast with a report from the British Retail Consortium, a trade body, that showed food prices rose 12.4 per cent last month, against 11.6 per cent in October.

“Grocery inflation still has a long way to come down,” said Fraser McKevitt, head of retail and consumer insight at Kantar. “Based on the current rate, shoppers will have to spend an extra £60 in December to buy the same items as last year.”

The data also pointed to a potential slowdown in the overall inflation rate this month, after UK inflation hit a 41-year high of 11.1 per cent in October. The Office for National Statistics will release its November figures next week. 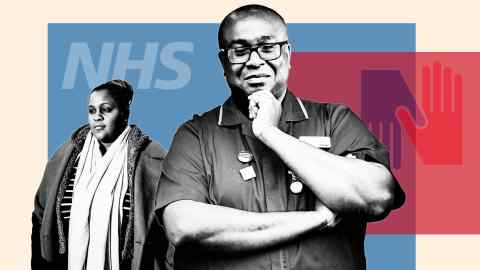 “If there is some good news, it’s that we are probably close to a peak in food price inflation,” said Paul Dales, chief UK economist at Capital Economics.

“Global agricultural commodity prices have declined by 25 per cent during the past few months,” he said. “It’s just a matter of time before that filters through into food prices.”

Grocery prices have been on the rise for about two years, picking up speed following cuts in gas imports from Russia, as Moscow reduced supplies as part of its invasion of Ukraine, which has pushed up energy bills for UK households and businesses.

Surging grocery prices are hitting the poorest families hardest, separate ONS data showed. Households in the bottom 10 per cent by income tend to spend almost a fifth of their weekly income on food, which is a larger proportion than that for any other income group.