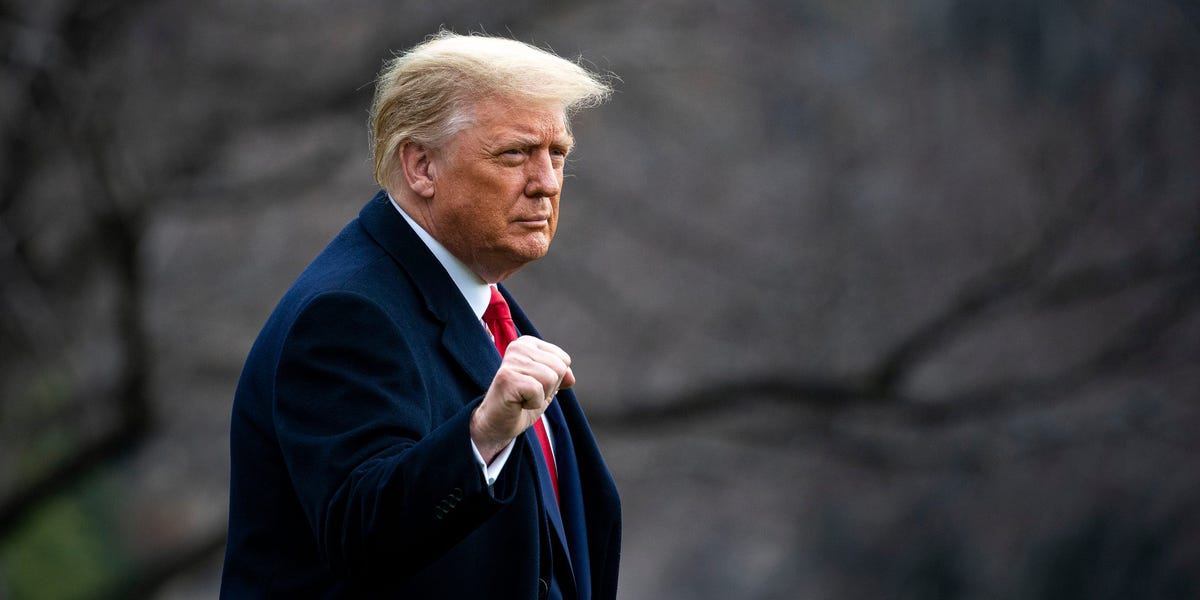 Former President Donald Trump took to Truth Social to demand the constitution be “terminated” following what he called “widespread fraud” from tech companies and Democrats.

“Do you throw the Presidential Election Results of 2020 OUT and declare the RIGHTFUL WINNER, or do you have a NEW ELECTION? A Massive Fraud of this type and magnitude allows for the termination of all rules, regulations, and articles, even those found in the Constitution,” Trump wrote in a Saturday post.

Trump’s new accusations of election fraud came after Matt Taibbi, a Substack newsletter publisher, released a series of tweets called “The Twitter Files.” The tweets, which Taibbi said he published after agreeing to “certain conditions,” revealed internal communications between Twitter employees who made the decision to suppress a New York Post story on Hunter Biden in 2020.

Elon Musk, CEO of Twitter, claimed that the files were evidence Twitter meddled in the 2020 elections by suppressing free speech, which scholars have refuted.

Trump has also been falsely claiming he was the rightful winner of the 2020 election for two years now.

In a statement to CNN, White House Spokesperson Andrew Bates called for Trump’s words to be “universally condemned.”

“You cannot only love America when you win,” Bates said in the statement to CNN.

California Representative Eric Swalwell also responded on Twitter on his personal account, questioning “how many” Republicans “called themselves ‘Constitutional conservatives’ during the Obama years???”

On his political account, @RepSwalwell, the Representative replied to a tweet from California Representative Kevin McCarthy that promised Republicans would read the Constitution on the House floor should McCarthy become Speaker of the House next year.

“Sounds like the Constitution doesn’t matter much to your boss,” Swalwell wrote.

Another California Representative, Ted Lieu, also responded to McCarthy, saying he should make sure Trump “watches” him when he reads the Constitution.

Minnesota Senator Amy Klobuchar used the opportunity to urge voters to cast their ballots for Georgia Senate candidate Rev. Raphael Warnock during the Dec. 6 runoff election. Warnock, a Democrat, is running against a Republican, former football star Herschel Walker, who has been endorsed by Trump. The race would determine whether or not Democrats will have a 51-seat majority in the Senate.

“Days after Trump dined with men who praise Hitler and the Nazis, he demands the ‘termination’ of the Constitution’s electoral process so he can be illegally reinstated,” Boyer wrote. “Trump’s words and actions are unacceptable, they stoke hatred and political violence, and they are dangerous.”

A representative for Trump did not immediately respond to Insider’s request for comment.