Last week’s stock market rally had a few anomalies that investors should cast a wary eye on. The main oddity saw investors pull billions of dollars out of two of the biggest U.S.-traded equity funds: SPDR® S&P 500 (NYSE:) and Invesco QQQ Trust (NASDAQ:).

While the main stock indexes – namely the and the – gained, rallying to 11-week highs, investors were stripping funds out of the main ETFs that follow these indexes.

So, let’s take a step back.

The stock market rally last week was widely believed to be based on investor optimism stemming from the message from the Federal Reserve that it would take its foot off the accelerator when it comes to interest rates. But, according to reported estimates, $5.8 billion was culled from the SPY ETF, while an estimated $2.1 billion was pulled from QQQ. 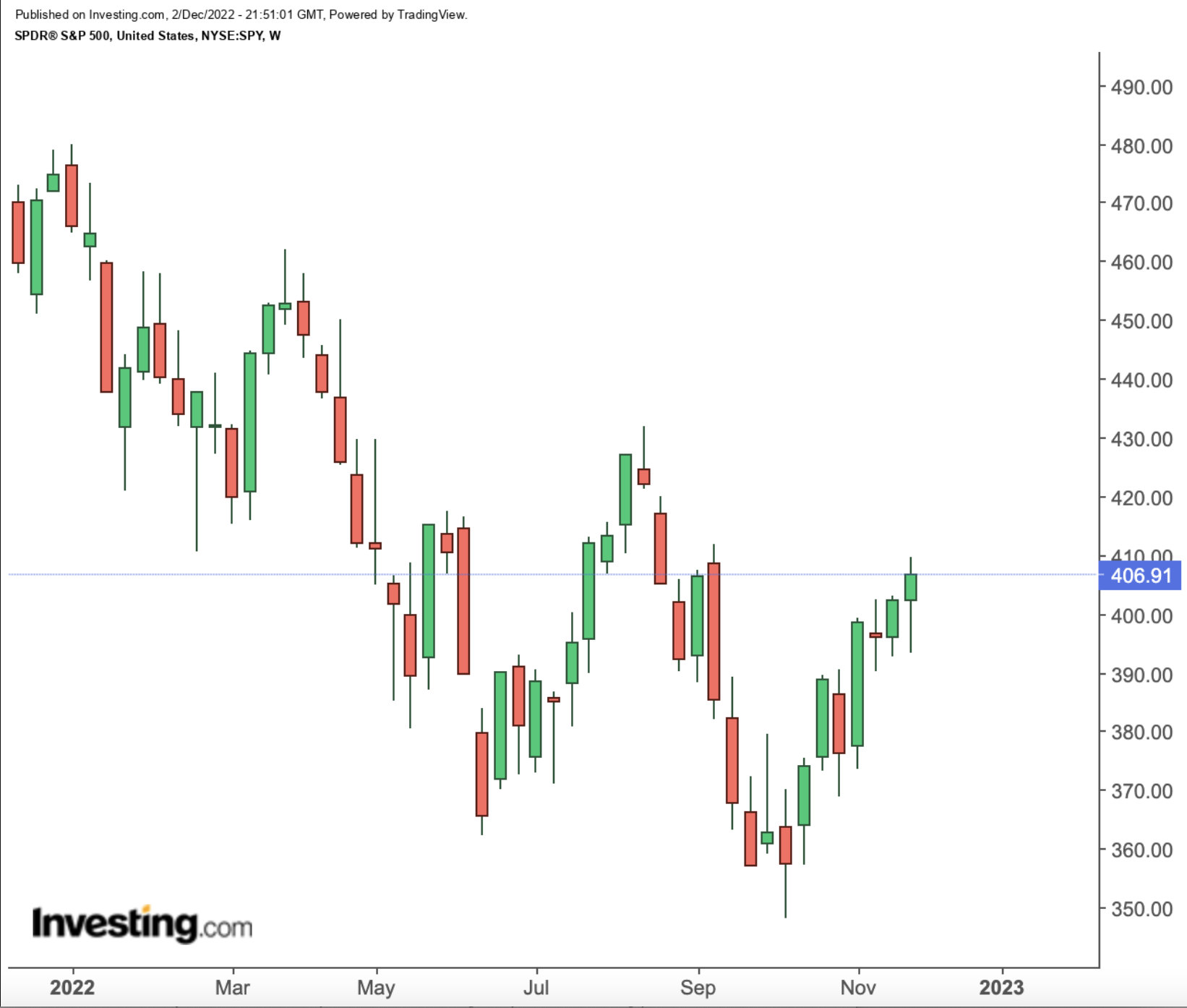 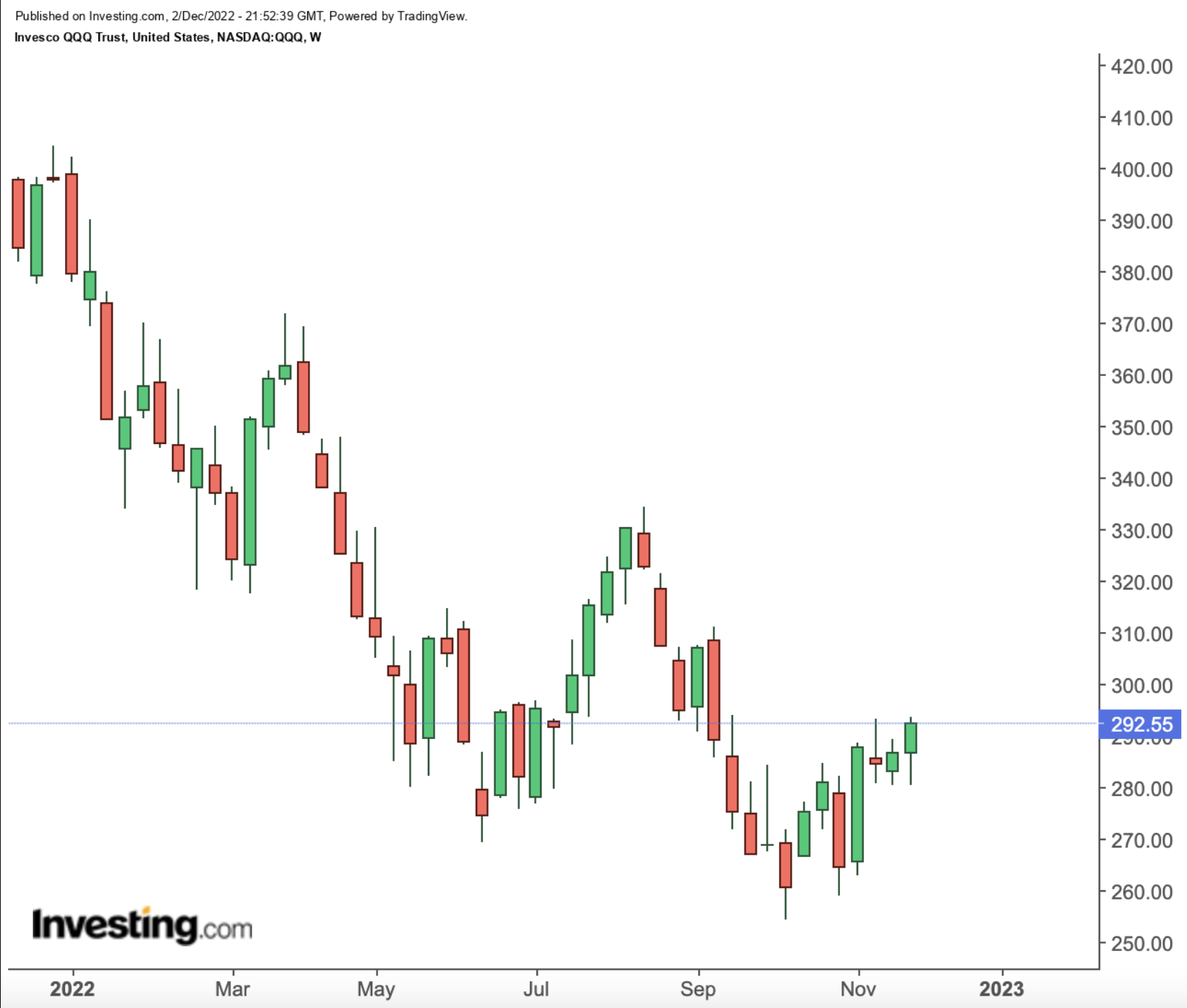 According to one report, the combined withdrawal of funds from these two major ETFs represents the biggest drawdown since the early stages of the pandemic in 2020.

If you believe SPY and QQQ, along with other key broad-based ETF products, are where investors either invest and hold or turn to in order to wait out downward swings in the market, this could signal a change in sentiment.

But keep in mind the next Fed move is just around the corner. What happens there could be the signal to really watch.

Bulk Buying Has Its Limits

Consumers love a bargain. They also love to buy in bulk if that increases the savings factor. But when bargains get smaller, the enthusiasm wanes for bulk buying. In inflationary times, it’s better to just get what you need and wait to see if a better deal pops up down the road.

That is perhaps the lesson from latest numbers released by Costco (NASDAQ:).

The big-box retailing giant released its latest sales figures last week. The data showed sales in November – which included the much anticipated Black Friday traffic – rose a bit, but a lot less when compared to the previous two months.

Sales in November increased by 5.7% to $19.17 billion. This was disappointing when compared with the 7.7% and 10% increases registered in October and September, respectively.

Part of the reason is what consumers are seeing: The prices of groceries at the retailer have been going up.

Costco stock took a hit in response to the news. Shares dropped just over 8% last week. But expect more reaction on that front when Costco reports its latest quarterly earnings on Dec. 8.

The biggest bank deal ever in Canada was struck this past week, as the Royal Bank of Canada (NYSE:) (TSX:) – the country’s biggest bank – announced a C$13.5-billion acquisition of HSBC Bank Canada.

The deal would give Royal Bank about 130 new branches and add to its commercial banking clientele, with many new clients in industries that trade internationally.

This is a rare move in the Canadian banking sector, which is highly regulated. In fact, it is this regulation that moved Canadian banks to focus their expansion plans in the U.S. In the past years, two of the largest deals in the banking sector saw the Bank of Montreal (TSX:) (NYSE:) announce the US$16.3-billion acquisition of BNP Paribas’s Bank of the West and the Toronto Dominion Bank (NYSE:) (TSX:) buy First Horizon Corp (NYSE:) in a US$13.4-billion deal. Both deals expand the Canadian banks’ operation in the U.S.

Top Winners And Losers Of The Week