It remains too early to call victory, but clearly, we are beginning to see that famous “light at the end of the tunnel” that I talked about in the past months amid the bear market.

At the peak of investor desperation, with markets at -25/30%, I suggested focusing on what could still happen instead of what had already happened.

But investors, you know, often chase the headline that blows the loudest or the prophet on duty who does a better job at riding the momentum (easy to be bearish with markets at -30%, you definitely get more consensus).

When we invest our money in the markets, we should never do so by analyzing what happened in the past, but instead we should analyze what the market is actually pricing today and what it has yet to be priced in. I have been repeating this concept a lot this year, but let’s review it together.

Yet to be priced in:

So in the second list, except for a possible inflation surprise (which may prove more resilient than expected), all other factors lead to improvements in the current scenario and, as such, can positively affect prices.

The most concrete example happened Wednesday, when Powell : “Moderating the pace of rate increases may come as soon as the December meeting,” adding that the Fed’s monetary policy was approaching “the level of restraint that will be sufficient to bring inflation down.”

Powell simply stated that the December hike would be 50 basis points and, with less aggressive hikes, the recession could trend to a soft scenario.

So once again, let’s try to understand how markets work and remember the usual trivial but fundamental rules that I won’t mention again because you know them by now. 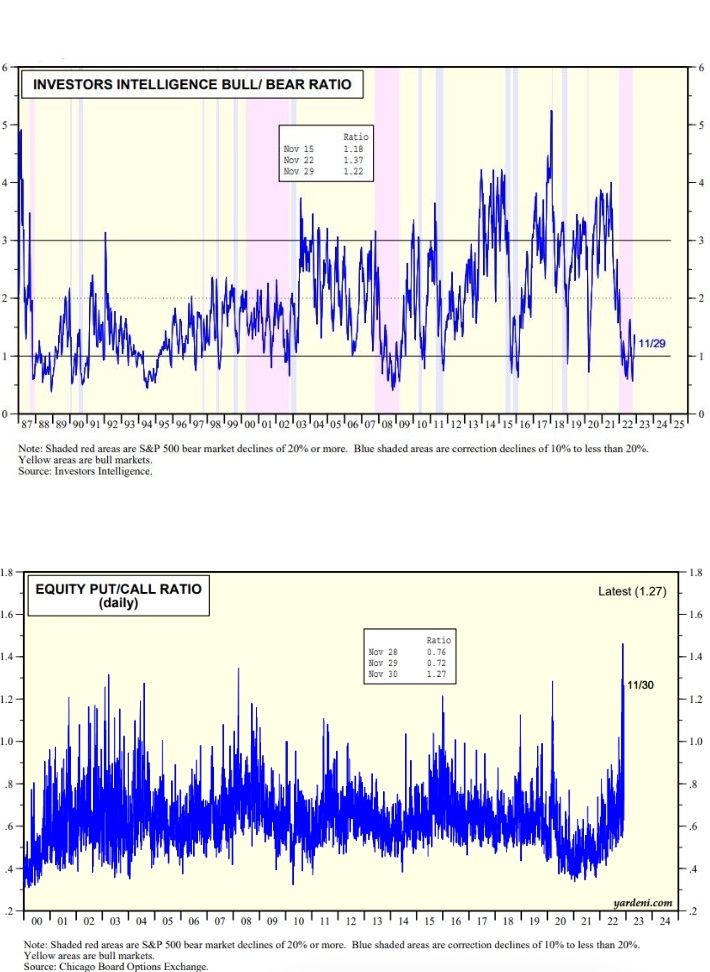 Five years from now, or ten years from now, we won’t even remember this moment anymore; what will remain will be the patient and wise purchases made in the moments of greatest panic, with the most discounted values.

I still don’t know how my 2022 in the markets will end, I will update you in late December here, but in any case, in the end, it will be just another year (for me). For someone else, it will instead be yet another missed opportunity.

Disclosure: The author is long on the .